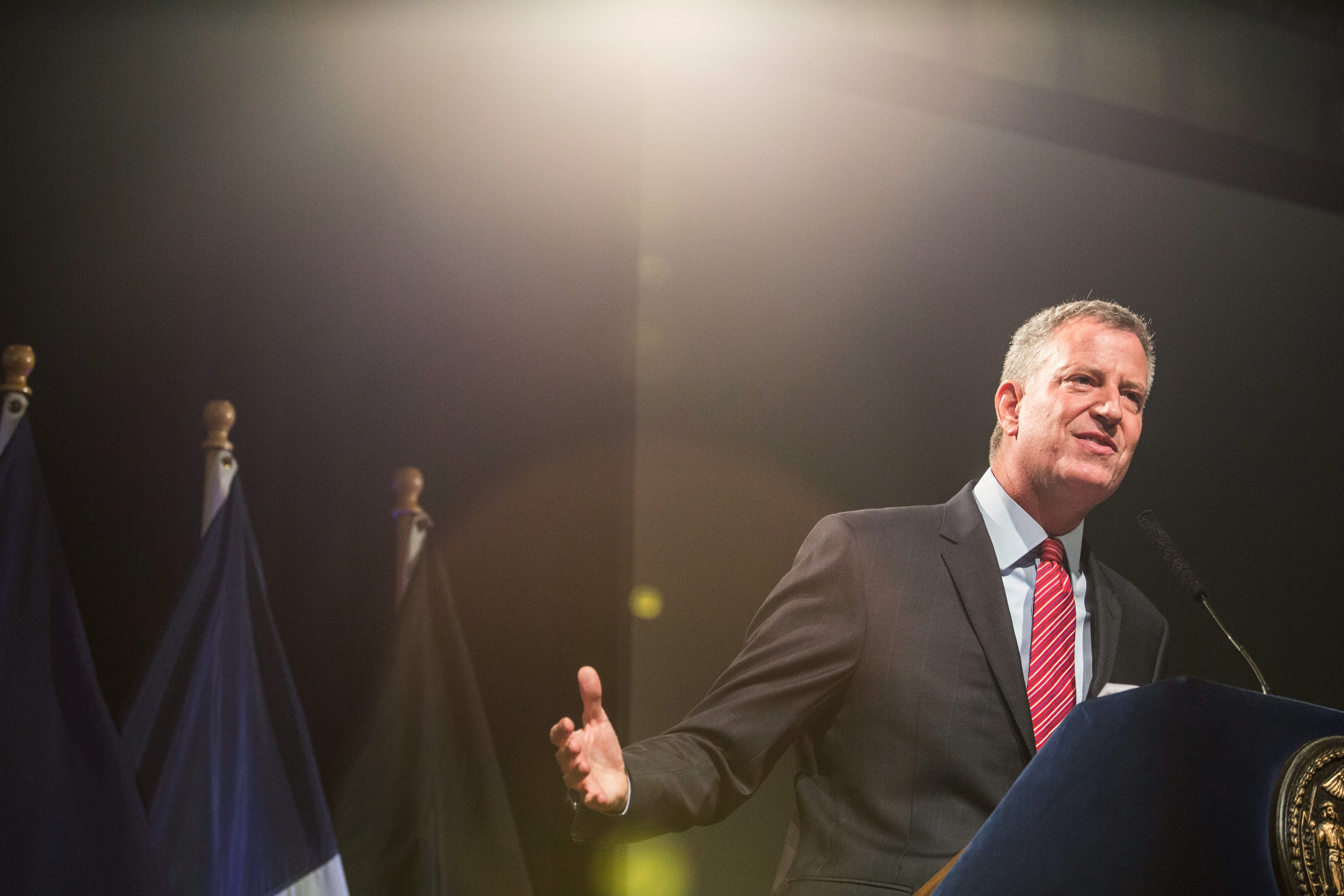 Mayor Bill de Blasio will take a long-planned trip to Israel later this month to speak at a national conference on anti-Semitism.

The mayor will speak at the Annual Conference of Mayors on the topic of “Anti-Semitism in the West: How Cities Must Lead,” according to a City Hall spokeswoman. He will leave for Israel on Friday October 16, and return Sunday October 18.

Previous trips out of town—including the mayor’s family vacation to Italy, a visit to Paris after the Charlie Hebdo attacks and a recent visit to the Vatican—have cost city taxpayers tens of thousands of dollars in travel costs for his staff and NYPD security detail. But this trip won’t cost the city a dime, Mr. de Blasio’s office said—because “Israeli entrepreneur” Baruch Eliezer Gross has “generously offered to gift to the City the cost of Mayor’s and staff’s travel and hotel.”

Mr. Gross is the founder and chairman of the board at SkySaver, a company that has developed a “personal rescue device available today for self-evacuation from a multi-story building,” according to the company’s website. He’s also the CEO of Besadno, an Israeli incubator and start-up investment firm.

“I’m honored to join Mayor deBlasio in his fight against anti-Semitism and in support of tolerance. New York City can provide other cities with a model for protecting all communities against hate,” Mr. Gross said in a statement sent via e-mail by a spokesman. “I look forward to the Mayor’s visit and his remarks in Jerusalem,”

Mr. Gross paying for the trip does not violate any rules set by the Conflicts of Interest Board, de Blasio spokeswoman Amy Spitalnick wrote in an e-mail to reporters.

“Because the Mayor has spoken on anti-Semitism and security cooperation as a matter of interest to the residents of the City, the trip has a governmental purpose and can be paid for by the City,” she wrote. “Regardless, an individual who has an interest in the issue has agreed to reimburse the City for the cost of the trip; per COIB rules [COIB Rule 1-01(h)] the City may accept the reimbursement as a contribution to the City.  As a result, there is no cost to the taxpayers.”

The conference is being hosted by the American Jewish Congress, American Council for World Jewry, and World Forum of Russian-Speaking Jewry.

Mr. de Blasio had said earlier this year he hoped to visit Israel in the summer, and said in late August that he still intended to visit before the year ended. Visiting Israel is a long tradition for mayors in New York, a city that Mr. de Blasio has often noted is home to more Jews than any other place on Earth. Gov. Andrew Cuomo also visited Israel last year as a “demonstration of solidarity” with the Jewish state. 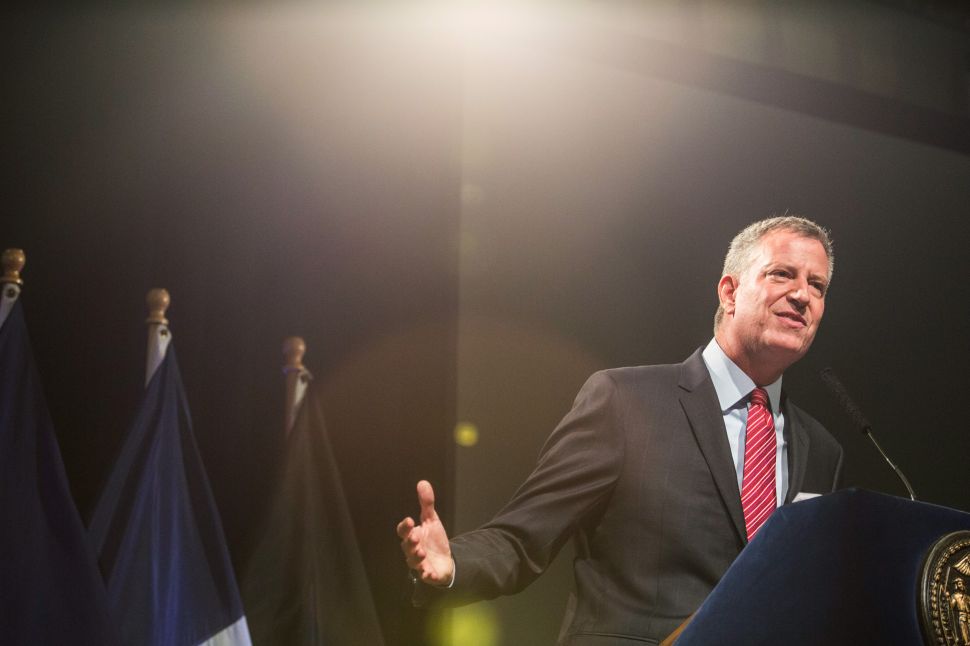