Unless you count ISIS, it’s hard to think of a recent movement with a worse image than GamerGate. It has been variously described as a “hate group,” a “misogynist harassment campaign disguised as consumer revolt,” and a would-be political movement based on “threatening with rape any woman who has the temerity to offer an opinion about a video game.” This reputation has made GamerGate an easy target for scapegoating: in the past few weeks, it has been blamed for the hacking of the Patreon crowdfunding site and linked to Vesper Flanagan, the Virginia man who fatally shot two journalists on live television—in both cases wrongly, due to a hoax.

But is GamerGate’s bad reputation itself unfair—the result of both deliberate smears and poor reporting? After following the movement for a year and interacting with its members, I strongly believe it is. And while the politics of video game journalism may not seem that important a subject, GamerGate—still active a year after it was first declared dead—is a phenomenon with far larger significance.

The #GamerGate hashtag, and the anarchic movement it represents, arose in late August 2014 in response to a video game-related controversy involving both cultural politics and media ethics. Some GamerGaters are ethics purists; most also see it, at least in part, as a pushback against “social justice”—the excesses of identity politics and “anti-oppression” zealotry—in gaming and geek culture in general. Today, when not only conservatives and libertarians but liberals are increasingly questioning the authoritarian overreach of the cultural left, that makes GamerGate highly relevant.

GamerGate is regularly depicted as a club for boys who “don’t like girls anywhere near their video games.” Yet there are plenty of “girls” in the movement itself.

The “misogynist harassment” label has dogged GamerGate from its start in August 2014, partly as a result of its scandalous origins. It began with a blog post by computer scientist Eron Gjoni accusing ex-girlfriend Zoe Quinn, a feminist indie game developer, of emotional abuse, including infidelities and lies. The post sparked a firestorm, particularly because Ms. Quinn’s alleged partners included a games journalist who had given her positive coverage and a judge on a panel that had given her an award. Moves to censor discussions of this topic in various forums sparked a rebellion that grew into GamerGate—and exploded after several website and online magazines responded with gamer-bashing articles.

Responses to the “Zoe post” certainly included some vile misogynist comments, particularly on 4chan, a board with anonymous posting and a notoriously anything-goes atmosphere. Yet mostly, the hostility to Ms. Quinn was not based on gender but on the perception that she was a darling of the elites showered with undeserved praise. (Male game designer Phil Fish has been hated for similar reasons.) There were also more specific criticisms, including allegations that Ms. Quinn had sabotaged a women’s game-making contest for ideological impurity. Some of her strongest critics were women, including self-identified feminists.

At the height of GamerGate about a year ago, several of its foes were targets of nasty online attacks that included “doxxing” (release of private information) and threats that went beyond garden-variety Internet trash talk. Among them were Quinn herself, feminist media critic Anita Sarkeesian, and game developer Brianna Wu, who had trolled GamerGate by creating a misogynist gamer persona on Twitter. Yet no attacks were ever traced to anyone involved in GamerGate; an article on Kotaku, a strongly anti-GamerGate video game site, conceded that GamerGaters had sent leads on a possible culprit in the threats to Ms. Sarkeesian and rallied to report Twitter harassers. GamerGaters’ claims that the harassment comes from third-party trolls are backed by several known incidents of such trolling, including the Patreon hack.

Other charges of harassment by GamerGate involve fairly broad definitions of abuse such as “dogpiling”—ganging up on a single person to criticize, argue or ridicule. Are GamerGaters more likely than other active online groups to engage in such conduct? Possibly, though some Twitter members who complain of being pestered by “gators” routinely bait them.

After analyzing GamerGate’s online behavior patterns, British data expert Chris von Csefalvay concluded that they were not those of a harassment mob. Later, he wrote that he himself was harassed and threatened over his perceived support of GamerGate.

Mr. Von Csefalvay’s experience points to the fact, very rarely acknowledged in the media, that GamerGate supporters too have been on the receiving end of abuse, including doxxing and threats of violence. GamerGate hate in the social media has included calls for violence and for “industry blacklists.” In one ironic moment, a male GamerGate opponent urged people to boycott a game made by a female pro-GamerGate developer, Jennifer Dawe. GamerGate women, seen as gender traitors, tend to get the worst of it.

That brings us to the misogyny issue. GamerGate is regularly depicted as a club for boys who “don’t like girls anywhere near their video games.” Yet there are plenty of “girls” in the movement itself—and its mascot is fictional girl gamer Vivian James.

Feminist gaming critic Katherine Cross sees Vivian as the gamers’ ideal woman, not only “apolitical” but with no mind of her own and pliable to male fantasy. Yet, as it happens, one of Twitter’s most active and outspoken “gaters” is a young woman who dresses as Vivian James for GamerGate events and goes by “Cult of Vivian” (real first name, Nicole). This “Vivian” identifies as “kinda feminist” in her Twitter profile, and is more than capable of challenging male GamerGaters and holding her own.

Even Ms. Cross admits there are “smart, accomplished women” in GamerGate, including video game developers. There are also female game journalists who are pro-GamerGate—such as Liz Finnegan, whose GamerGate involvement led to a job with the online videogame magazine, The Escapist—or at least somewhat sympathetic to it, such as Canadian writer and broadcaster Liana Kerzner. These women’s voices are being rather literally “erased” and “silenced,” as progressives like to say, by the “misogynist hate group” narrative.

New York columnist Jesse Singal, who agrees this narrative is oversimplified, has chided GamerGaters for not admitting that their real motive is anger at the influence of “progressive people who care about feminism and transgender rights” in the gaming world. In fact, most GamerGaters are quite willing to admit this—with one caveat. Except for the bigots and far-right loons who hang out on the movement’s fringes, what they oppose is not equal treatment for women, gays, transgender people, or minorities, but the politicization and policing of culture.

Accounts by GamerGate supporters have been largely ignored by journalists.

They think Ms. Sarkeesian’s critiques of women’s portrayal in video games are cherry-picked, overstated, humorless and sex-negative, and that such hyper-scrutiny can intimidate game-makers (a view shared by feminists like Ms. Kerzner). They think it’s absurd when a game set in medieval Eastern Europe is attacked as racist for lacking “people of color.” They object when an iconic female game character is proclaimed transgender on the flimsy basis on a joke by her creator—and disagreement is branded “transphobic.” They are angered not only by the pervasiveness of such groupthink but by the banning of heresy—by a climate in which pieces questioning whether sexism is a big problem in gaming or whether there’s a “rape culture” in video games get removed or appended with apologies. When it came to claims of harassment by GamerGate, most journalists abandoned customary skepticism.

At least to some extent, the “harassment mob” label was intended to neutralize GamerGate as a voice against progressivist extremism. As one pro-“social justice” blogger wrote with satisfaction, “GamerGate was quickly and correctly equated with chubby unwashed freaks who hated women… They struck back at women enjoying a pastime they liked with threats of rape and death and so excluded themselves from any serious debate.”​

​The media helped perpetuate this false image. When it came to claims by alleged GamerGate victims—which, even if entirely truthful, lacked any proof that the culprits were GamerGaters—most journalists abandoned professional skepticism and adopted the “Listen and believe” stance counseled by Sarkeesian. A Boston Magazine story even discussed a bizarre video rant against Wu as an example of GamerGate harassment—nearly two months after BuzzFeed reported that it was the work of a trolling comedian out to mock and spoof GamerGate.

Meanwhile, accounts by GamerGate supporters have been largely ignored. Even when a Society of Professional Journalists panel on GamerGate that gave pro-GamerGate speakers a platform was disrupted by a bomb threat last August, the media completely ignored this incident. (I was one of the speakers on the panel.)

Whether this is due to sloppiness or bias, it’s time for another look at the facts. “The mainstream media narrative that gamers hate women is wrong,” Kerzner, who has had many discussions with GamerGate supporters, told me in an email. “If we could focus on initiatives that speak to gamers instead of telling them how terrible they are, I think #GamerGate could eventually be seen as a positive turning point despite short-term ugliness.”

The first step is for journalists to do their job. 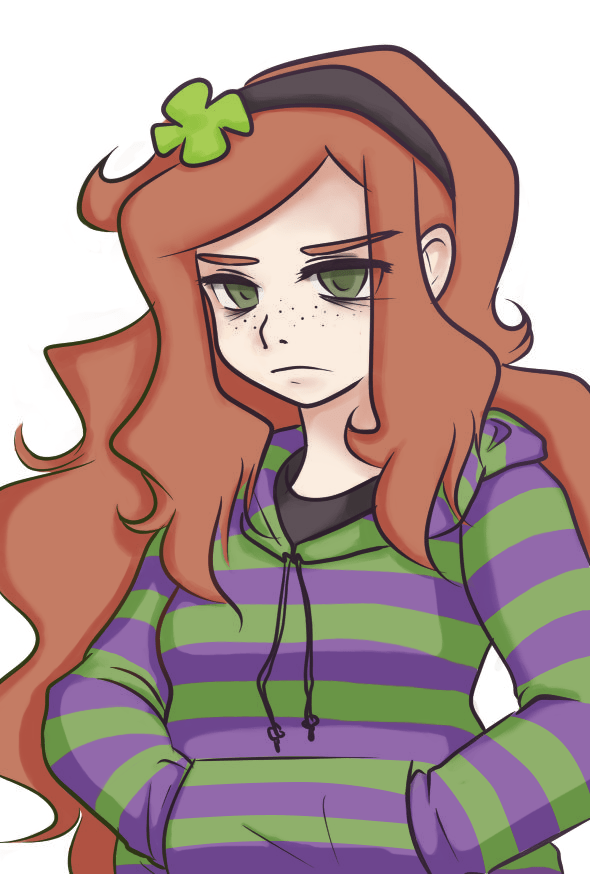