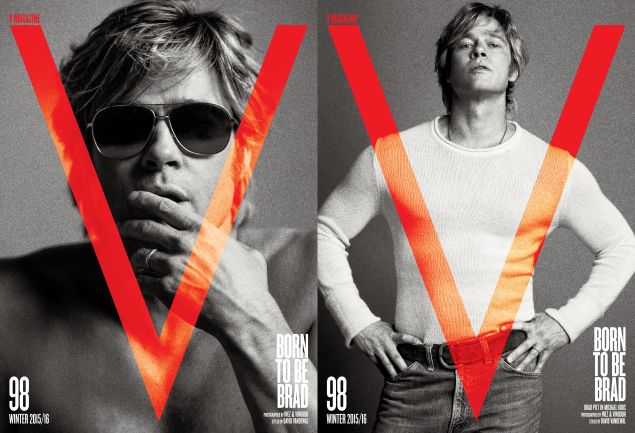 In the new issue of V magazine, Brad Pitt discusses By The Sea, his forthcoming movie about a marriage, quite literally on the rocks. Co-starring wife Angelina, this is a movie which is certain, like Gone Girl, to send married couples home to have a big argument afterwards.

In the meantime, read the full story at vmagazine.com   The photographs for the story were shot by Inez and Vinoodh and the stylist was David Vandewal. Channelling Robert Redford circa Three Days of the Condor, the actor looks less grizzled and careworn than he has in paparazzi shots during recent times. Fans will scream. Cultured types will read with interest and book tickets for the movie, which features more than a few moments of inspiration from the iconic 1970s movies of John Cassavetes and Gena Rowlands, according to Mr. Pitt. By The Sea, out November 13. 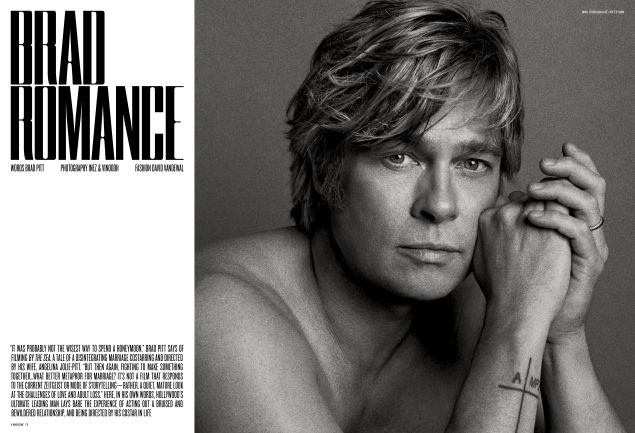 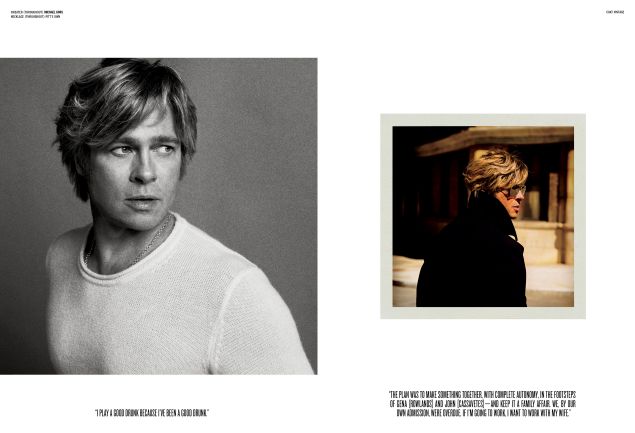 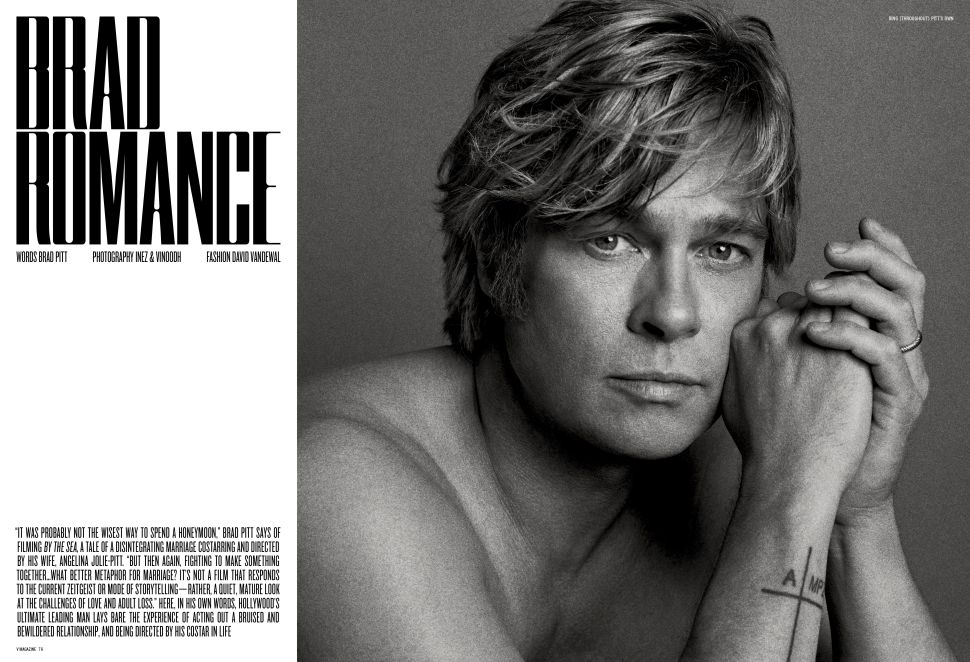