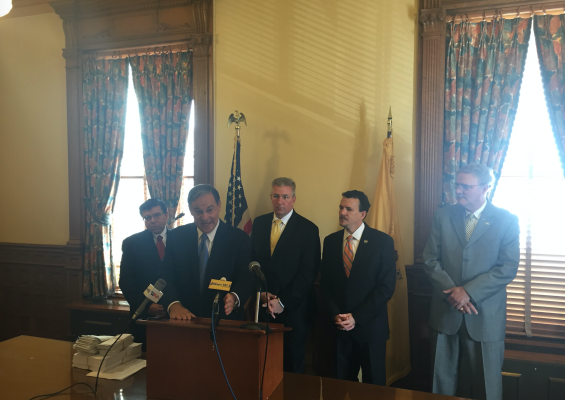 TRENTON – As the Assembly election dies down and legislators start filing back into the capitol, Assembly Minority Leader Jon Bramnick is getting an early start lashing out at Democratic leadership. Citing dark money and what he and other prominent Republicans described as Democrats’ inaction on budget and tax reform, Bramnick said Thursday that it wouldn’t matter for moving reform bills forward if Governor Christie were “on the moon.”

“They stopped cooperating, but the question to them is: Why don’t you pass the reform bill? Do you need Governor Christie to hold your hand?” said Braminck, calling critics’ attacks on Christie for his absence during the presidential primaries a ploy to boost Democratic gubernatorial hopefuls Senate President Steve Sweeney (D-3) for 2017.

“They’re in charge,” he added. “That won’t stop the speaker or the senate president to pass the reform bills.”

“It reminds me of an octopus that shoots out the ink, and escapes its prey,” said Bramnick. “Well that’s what they do.

“He doesn’t want any discussion of anything until Tuesday, because we’re going to raise these issues and they don’t have an answer,” Bramnick said of Sweeney and his choice not to schedule a special session to hash out the details of budget reform measures addressing public pensions, health benefits and school funding.

“What have the Democrats told you about their plans to change direction? Nothing. Why? Because they’re able to hide behind special interest money, most of it from the NJEA, who is never going to let them do the reforms that are necessary,” he said.

The NJEA has been motivated by teachers’ $40 billion pension shortfall.

Assembly Democratic spokesman Tom Hester was quick to respond to the Republican invective, saying by email that their reform platform was a disingenuous cover for tax cuts benefitting the wealthy.

Assemblyman Anthony Bucco (R-25) joined in the colorful analogies, saying that he wished state Republicans could strike and stand outside with an inflatable rat.

“Now I’m not calling my coleagues on the the other side of the aisle rats,” added Bucco. “Not at all. They’re good people.” 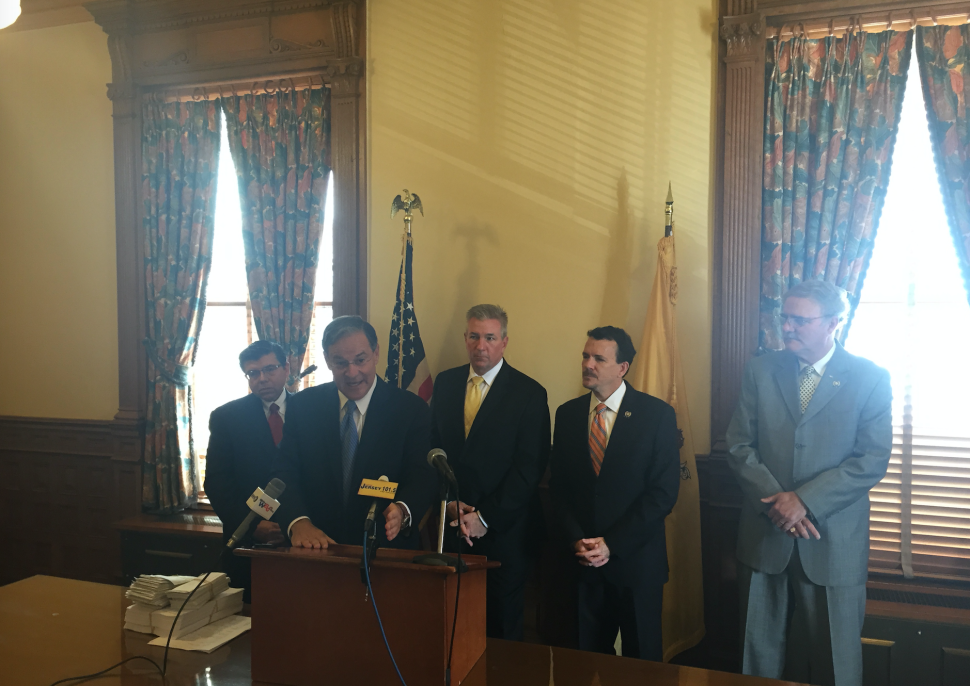