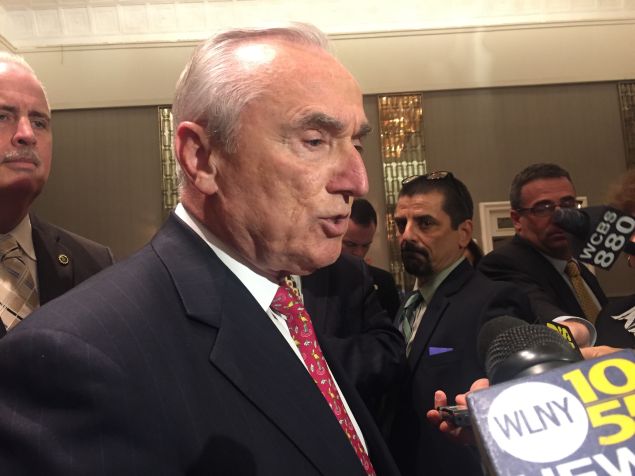 Police Commissioner Bill Bratton lashed out at the cops who allowed a prisoner to escape police custody early this morning, calling the officers an “embarrassment to themselves and the NYPD.”

Mr. Bratton, speaking at an unrelated press conference in East Harlem, said that if the police “paid attention to their responsibilities,” they wouldn’t have allowed a man wanted on felony charges to escape.

“They’re an embarrassment to themselves, to their professional skills or lack of them, once again letting a prisoner escape in this city,” Mr. Bratton said. “They will be dealt with very appropriately for their incompetence.”

Gerald Brooks, 39, was handcuffed and being led to a transport van by three police officers in East New York. While he was being taken to the van, he used his shoulder to push the escorting officer and ran away, according to reports. Officers chased the prisoner but he was able to escape.

The man had outstanding warrants for felony charges of driving with a suspended license and domestic violence.

Chief of Department James O’Neill said he knew the officer who was pushed aside and said he had been involved in locking up “hundreds” of dangerous people. “The warrant squad gets up very early in the morning … they bring him down and go to put him in the car.”

“Hopefully he’s still in his cuffs,” Mr. O’Neill said of Mr. Brooks. “This is a guy that’s a problem. This is who the warrant squad I want to go out and get … we’re all particularly embarrassed by this incident.”

Mr. Bratton said he was “getting tired” of escapes.

“The fact that these officers who do this for a living allowed that to happen, we treat that very severely,” he said. “We’re not gonna tolerate that. I’ve made that perfectly clear.” 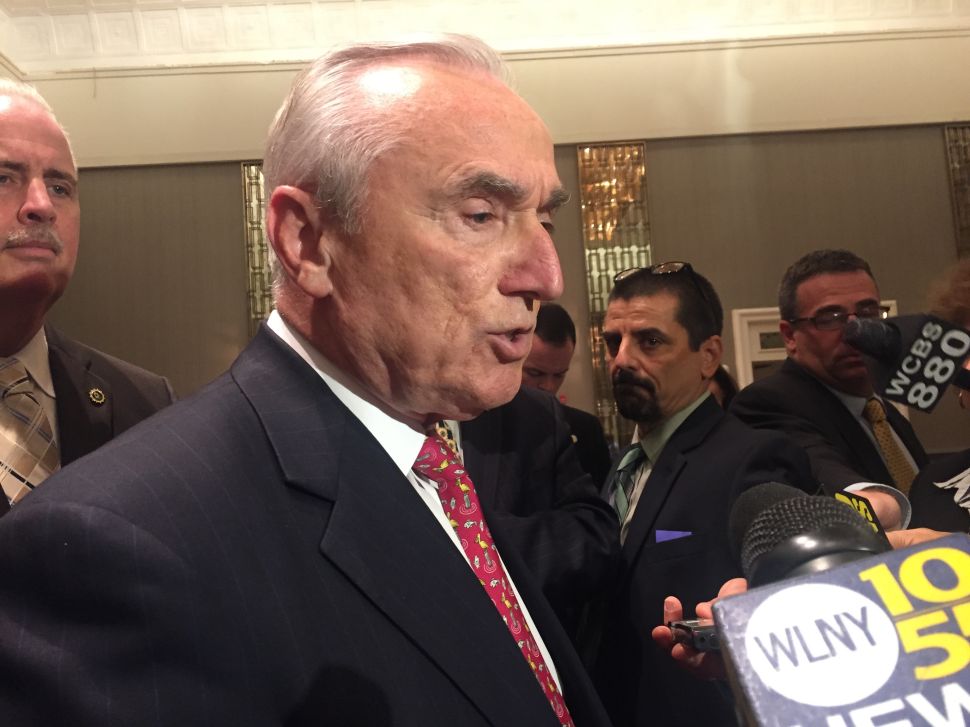