Late Wednesday night it was revealed the quarterly campaign finance reports for presidential candidates will show that Sen. Bernie Sanders (I-Vt.) has raised $26 million from 1.3 million donations given by some 650,000 individual donors. This sets a new all-time record for small donations in American politics, eclipsing the previous records set by President Obama during his 2008 and 2012 campaigns when he reached the million donation mark at later stages in those campaigns.

By contrast to Mr. Sanders, Hillary Clinton’s campaign raised a slightly larger amount during the quarter, $28 million, relying on larger donors to finance her far more expensive campaign that burns cash at a much faster rate than the Sanders campaign.

I can report from Washington that political insiders were stunned by the numbers released by the Sanders campaign, with phone calls and emails to this columnist employing words such as “Can you believe those Sanders numbers?”

In August I wrote a column for The Observer titled “A Bernie Sanders shocker is coming” which predicted that when October arrived and the quarterly campaign fundraising totals were announced the result would be a political Mount Vesuvius for Mr. Sanders. October has now arrived and the political world can now see that the small donor Mt. Vesuvius of the Sanders campaign has now erupted in full force.

The political implications of the unprecedented surge of small donors supporting the Sanders campaign are enormous. Until the heinous Supreme Court decision in the Citizens United case is reversed, the best way to cleanse presidential politics of the dirty influence of corrupting money is for small donors, whose only motivation for donating money to presidential campaigns is to make America better, rise up as the Sanders small donors have now risen.

These donors are intensely loyal and passionately committed to their candidate, and will be rallied to make a steady stream of small donations throughout the campaign.

A second important implication of the Sanders small donor revolution that political insiders fully understand is that the Sanders campaign is very bottom up and grassroots, which means it burns much less cash to run its operations than the Clinton campaign, which is run by a huge and expensive armada of consultants and staff that burns cash at far faster rates than the Sanders campaign.With the Citizens United decision giving the wealthiest Americans the power to try to buy American democracy by donating unlimited amounts of money on behalf of the 1 percent, the Bernie Sanders campaign has tapped into the hopes and dreams of the 99 percent to take America back from special interest money and the corruptions they bring to American politics and government.

On Wednesday evening the Sanders campaign announced that it currently has more than $25 million in the bank, while the Clinton campaign had not yet revealed how much cash it has on hand. Don’t be surprised that at some point there will be news that the Clinton campaign, worried about a cash crunch from its huge overhead, announces cutbacks while the Sanders campaign is positioned to expand its operations at key moments in the campaign.

A third and profoundly important implication of the historic number of small donors supporting Mr. Sanders is that these donors are intensely loyal and passionately committed to their candidate, and will be rallied to make a steady stream of small donations throughout the campaign. The large donors to Ms. Clinton and other candidates get “tapped out”, while the small donors to Mr. Sanders will keep coming and their impact will keep rising as the campaign moves from state to state and the Sanders campaign will have the money to run positive television ads about his vision for America.

The fourth and potentially most revolutionary implication of the Sanders surge of small donors is that the revolution of small donors supporting Mr. Sanders is heavily driven by social media, which creates a system of viral campaign fundraising that rockets across Facebook, Twitter, Reddit, Instagram and spreads like wildfire across Google, Yahoo and countless other new media and new technology sources of news, information and community-building communications that dwarf even television in their power to raise small donor campaign money.

I have often quoted Jenny Q. Ta, the founder and CEO of social media net-WORTH-ing platform sqeeqee.com, who has forecast that social media in the 2016 campaign will demonstrate the game-changing power that television demonstrated during the Kennedy-Nixon debates in 1960.

Nothing more powerfully and dramatically proves the game-changing power of social media in politics than the unprecedented success of viral campaign fundraising from small donors— which has shocked the political world today— that has just been announced by the Sanders campaign. 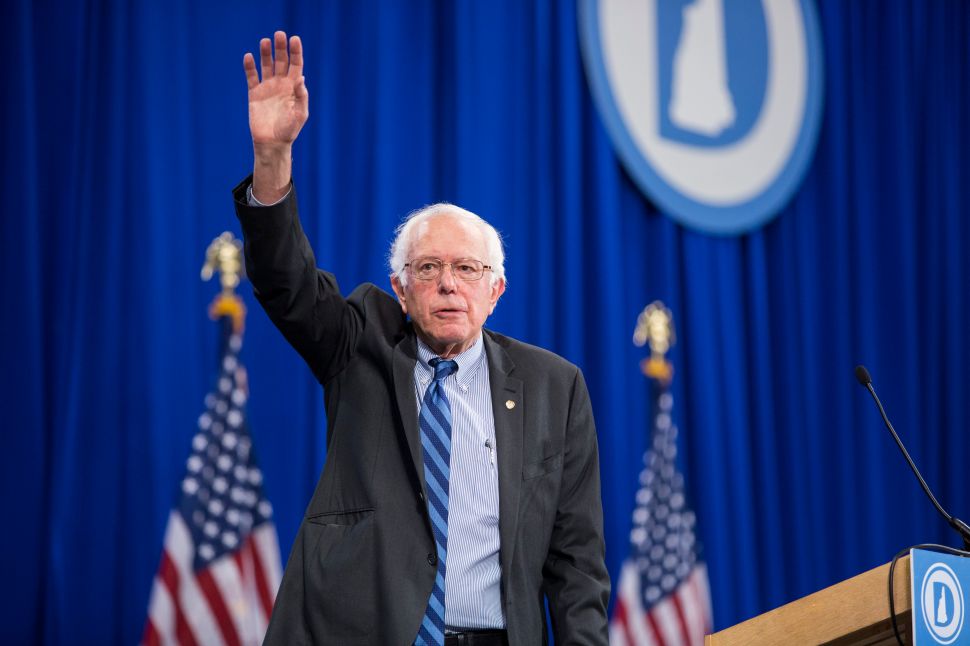