CAMDEN – Organizer Moneke Singleton-Ragsdale is mounting an independent challenge to Democratic incumbent Dana Burley in the city’s council election this year, and says she would try to alter the course of Mayor Dana Redd’s redevelopment efforts.

Singleton-Ragsdale works with Save Our Schools New Jersey and serves as Vice President of Save Camden Public Schools, both of which are fighting the expansion of George Norcross’ “renaissance” schools and youth job training centers.

PolitickerNJ sat down with her Wednesday morning for her thoughts on the election, the state of the city and her two sons’ two experiences of the Camden school system before and after the rise of private-public hybrids.

What motivated you to mount this campaign, and what do you want to see change on the council?

“What I notice about the city council is that they just ‘yes’ everything, they don’t question, they don’t bring awareness, they don’t read it.

“The one city council member, Brian Coleman, with the CHOICE Neighborhoods initiative, his whole family lives down there and he didn’t read the small print about how they can enforce eminent domain. And I’m like ‘that’s your family out there.’

“They don’t know how to overturn a veto. The city council can actually bring up a resolution to have a school board elected. They don’t know their capabilities, they’re just there. And that’s what bothers me!”

What has the change been in the schools for your sons since competition from renaissance schools came in?

“I have two generations of kids. My oldest is 26 and my youngest is 16. So I’ve seen the change, I’ve seen you what happened and I wanted to beat that.

“With local control, you have more input on the schools, on education and curriculum. Right now they’re just doing what they want. And even though we have an advisory board, they have no powers. They can’t even really have a conversation with you.”

The board recently changed from a K-5 system to a K-8. How has that altered the schools?

“It’s a dramatic change. They’re doing a lot of the family schools. Their routine is getting changed with them putting them together. When a child goes from one school to the next they’re often either way above or way behind. So with an across-the-board curriculum, they would still be on the same level and still be learning.”

Is it easier to negotiate with public boards than with the new officials?

“They might not agree on everything, but they would try to meet you halfway. We don’t have that now.”

What do you think of Mayor Redd’s redevelopment plans for downtown and the waterfront?

“It’s great that they want to redevelop the city, but it would be even better if they would include the residents in there.

“Say they give a business another building. Who knows if they’re gonna do as well as they did in that spot? They’re right by the transportation center. A lot of them have been there for decades and decades, so I mean even if they’re just breaking even, they move.”

Are developers and the municipality doing enough to make sure that housing features as prominently as commercial space?

“They don’t see it like that, they just see the one side. And it’s good. I would like to see a nice landscape in Camden because you know you go to the waterfront and you see the skyline of Philadelphia, it’s nice. So I understand the redevelopment part of it, but what’s going to happen to the people who are actually in the city? 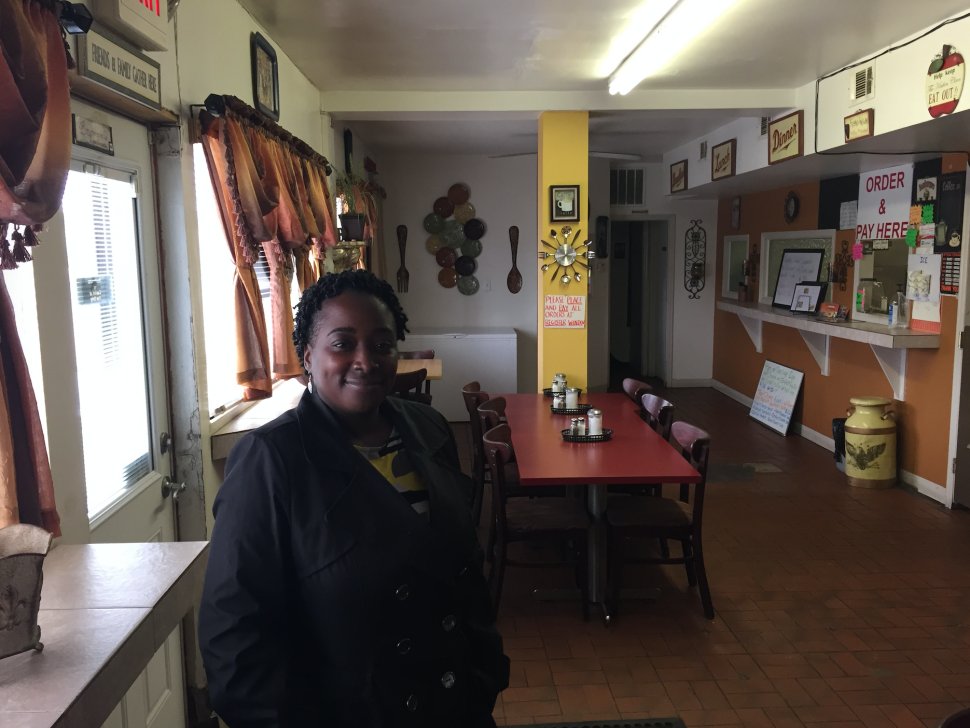