Long-shot candidate Lincoln Chafee has ended his bid for the 2016 Democratic nomination for president.

The former Rhode Island Governor made his announcement at the DNC’s annual Women’s Leadership Forum on Friday morning, according to his blog.

“As you know, I have been campaigning on a platform of Prosperity Through Peace,” Chafee said at the DNC event. “But after much thought I have decided to end my campaign for president today. I would like to take this opportunity one last time to advocate for a chance be given to peace.”

Though Chafee has dropped out, his numbers and favorability were low enough that his exit from the race will likely have no impact on the more electable Democrats still in the field. 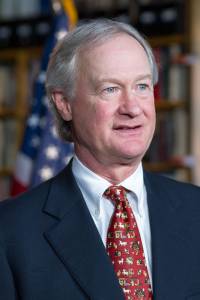