We cornered Charles Schwab, founder of the giant San Francisco discount brokerage and a top GOP funder, at a midtown Le Bernardin luncheon. What were his thoughts about last night’s Republican debate on the economy?

Add him to the group of folks disappointed at CNBC’s line of questioning to the presidential hopefuls: “I wish CNBC, as the business channel [many people watch], did get into what they’ll do for the economy and jobs,” he said. Instead, “They asked silly questions.”

So, what should the candidates try to do to juice the economy, we asked the investment manager, whose company boasts 6.8 million client accounts and a 17% boost in earnings in its latest quarter? 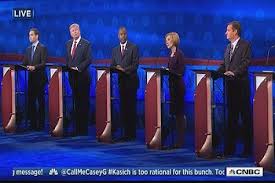 Obamacare has cost jobs in that sector, he added, and though  “I don’t want to kill Obamacare,” he stressed, it has to “be flexible, without the burden” on the small business owner.

As for who Mr. Schwab, who in the past has contributed to Jeb Bush’s campaign and is identified by Forbes magazine as one of the most influential political donors in the country, might be voting for?

“Too early to tell.” 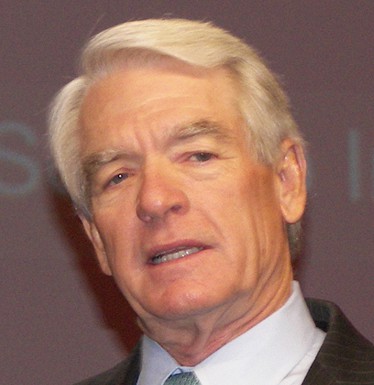