Having lived through the Japanese investment invasion of the 1980s, I can verify that the Chinese are a different breed of real estate investor. It is hard not to notice the ramping up of international investments in U.S. real estate in the last decade—with Chinese and Russian investors grabbing headlines for billion-dollar deals. But unlike the Japanese giants of the eighties, today’s Chinese and Russian buyers are here for the long haul—they are not just looking for returns on investments, but see our markets as their retirement fund.

In the past year, the Chinese have invested almost $6 billion in U.S. real estate, $4.5 billion of which was in Manhattan. Chinese and Russian ultra net-worth individuals and businesses have become major engines in the market. These high-octane purchasers come with many nuances, which like-minded individuals can appreciate.

As immigrants raised under communist rule, my Russian-speaking colleagues and I understand the mentality of our Chinese clients. This has translated into the common language of capitalism. The similarity has also fostered respect among local Russian businesses for Chinese clients, as we see large numbers of extremely private Chinese investors seeking advice from non-Chinese advisors, brokers and attorneys.

With experience serving Russian investors, such professionals offer discretion, coupled with an understanding of asset management across US-Chinese borders. The concerns of these investors mirror those of the Russians, who have sought opportunities to safely park their capital.

Today’s China is reminiscent of Russia fifteen years ago.

The two nations share a history of state-planned economies during much of the twentieth century, which in turn is reflected in the creation and management of contemporary assets in several ways. At first, Russia and China saw the emergence of their billionaires following the economic reforms of Deng Xiaoping and Mikhail Gorbachev. Almost none of these billionaires inherited their riches, since extensive private enterprise and private wealth were prohibited under Communist rule.

Russian-speaking service providers working with Chinese in the U.S. understand post-communist mentalities and the pressures that were exerted by Communist and post-Communist governments. In fact, today’s China is reminiscent of Russia fifteen years ago. Therefore, it is not surprising that many Chinese investors turn to these same Russian-speaking professionals.

Having worked in this sphere for over 20 years, I have noticed a trend where brokers like Gennady Perepada, or financial advisors like Eugene Shkolnikov, have had great success in reaching these investors. In aiding Chinese consumers, the value of a shared post-communist mentality is a major benefit. Such individuals are far better equipped to assist the Chinese in achieving their investment goals. The ability to sell a product or service over the phone or internet is a talent in itself; but those who truly identify with the thought process of the client have a clear advantage.

As a result of the common ground in Russian-Chinese client-agent relationships, a level of trust is present. Major real estate deals for vast sums of capital are closed based on recommendations. It is just as common for the same brokers to close a deal for substantial amounts online or by phone. Skype, WeChat and Viber have changed the world by allowing similarly disposed post-communists to move the needle on real estate prices in almost every major city in the U.S.

Growing up in a country where politics and economy are one and the same, you understand that your wealth is as temporary as the government that is in power.

What is driving these Russian and Chinese investors into the U.S. real estate market is the commonly used phrase, “a flight to safety.” Growing up in a country where politics and economy are one and the same, one understands that wealth is as temporary as the government in power. With every change in leadership, both the Russians and the Chinese have experienced a change in net worth.

“Getting” this mentality is an art that very few possess. Perhaps this explains the Chinese affinity to our government-sponsored visa programs. The EB-5 investor visa, for instance, allows investors and their families to become permanent residents on track to U.S. citizenship. In exchange for a capital investment of $500,000 in a U.S. business, an elusive green card can be obtained. It is therefore not surprising that in the past several years, applications for this program have been dominated by the Chinese.

Instability and market fears are the reasons these foreigners park their money securely in the U.S. market. While politics and international market fluctuations have slowed real estate purchases by Russian buyers, the recent stock market crash in China has resulted in a surge of Chinese investment in America. High net worth Russians have been investing in U.S. real estate markets since the late 1990s—the Chinese have only become particularly active in our markets in the past several years.

While they are about 10 years behind Russian investors, the Chinese are arriving in larger numbers with increased appetites. Understanding the cultural differences and taking advantage of the common history has given many professionals serving these two groups a leg up.  We have yet to see what will become of this next wave of immigrant investors. My feeling is that we are just seeing the tip of the iceberg. The Chinese are coming, and this time, the Russians are paving the road.

Edward Mermelstein is a Ukrainian-born American attorney, consultant and developer based in New York City. He is a founding partner at Rheem Bell & Mermelstein and President of COJECO. 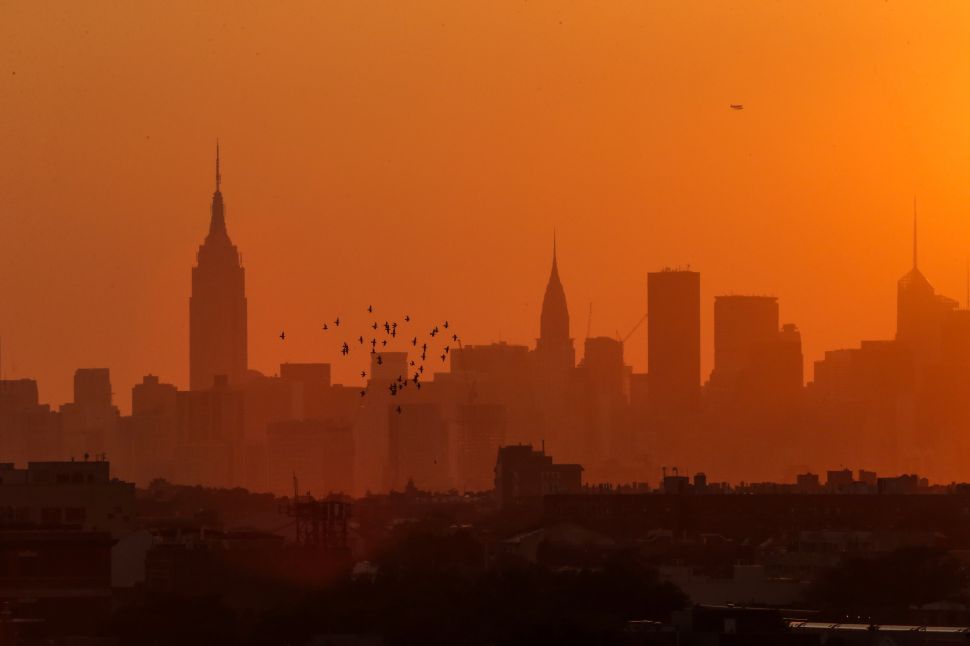