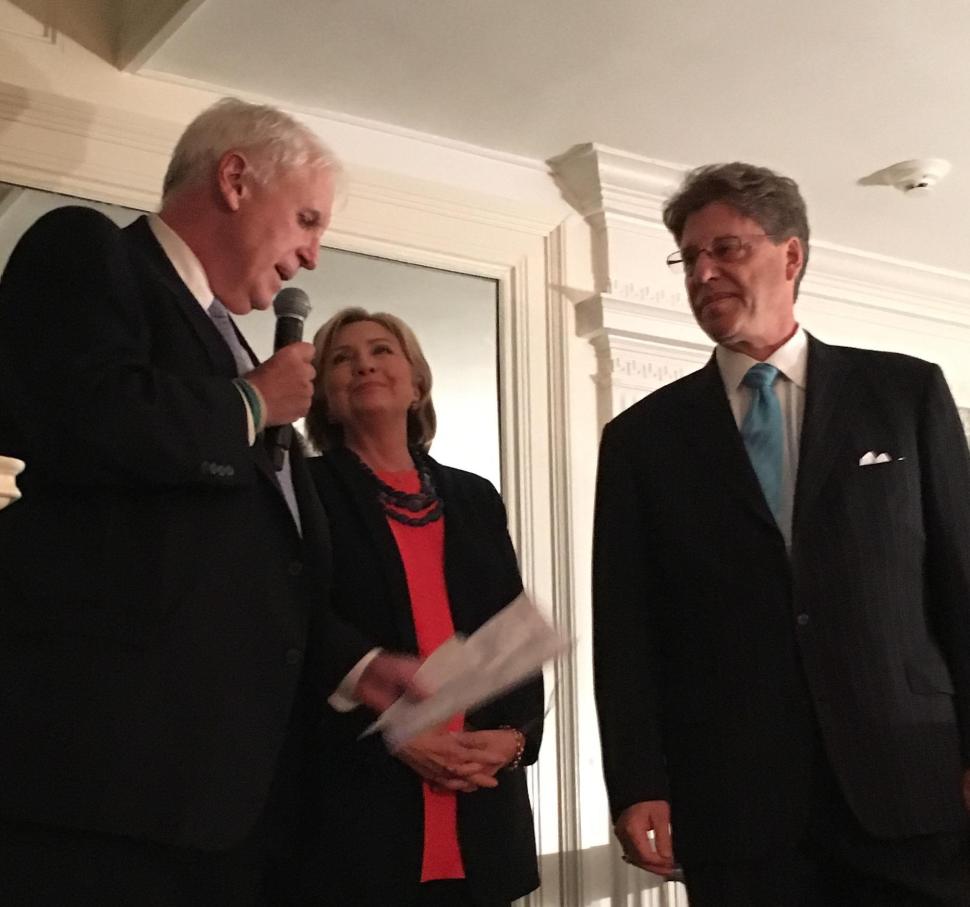 New Jersey Democrats welcomed Hillary Clinton to the home of powerful attorney Phil Sellinger (above, right) for a fundraiser tonight on the same day a Monmouth University poll shows the former Secretary of State crushing Bernie Sanders in Iowa.

“It was a great crowd for Clinton,” said Zenon Christodoulou, vice chairman of the Somerset County Democratic Committee, who attended the fundraiser. “When it comes to having a grasp of the issues, there is a marked difference between her and the other candidates.”

“She was fantastic,” Graham said of Clinton. “She has such a command of the issues. She’s warm in person and she remembers every name. Her husband had a gift – Hillary has a different gift.

“Everyone who left that event left pumped,” Graham added. 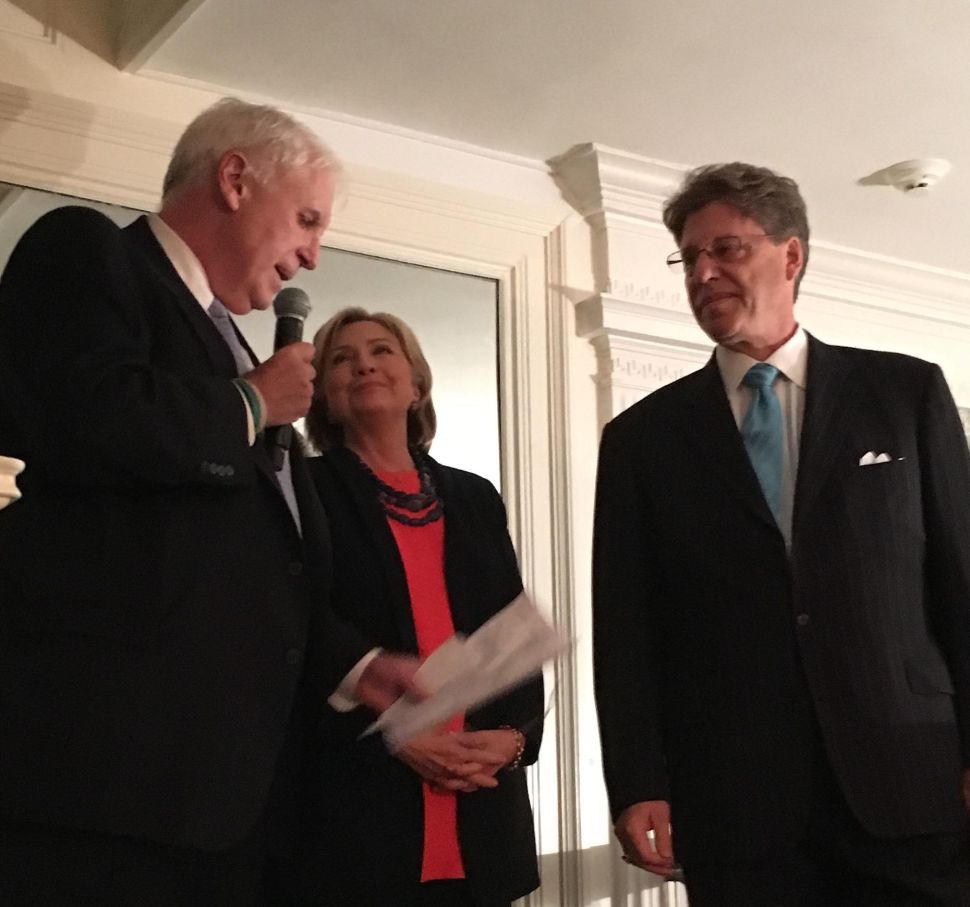