CNBC is showing the third Republican Presidential debate on Wednesday night at 8PM ET, for two hours, from the University of Colorado at Boulder. A 6 PM ET debate will match up the the Republican candidates polling between one and three percent.

The lineup for Wednesday’s debate will feature 10 candidates, according to a release from last week, all of which will be familiar to viewers of the two prior debates.

Without a cable subscription, however, voters will be blocked from tuning in online, as Bustle previously reported. CNBC will show the debate on cable and stream it on its site only to users who can authenticate as cable or CNBC Pro subscribers, as if it were any other night, not one of a limited number of national civic rituals leading up to the first open election of the free world’s leader since 2008.

The last two debates (the first Democratic and the second Republican) have been livestreamed without a login for anyone with an Internet connection, on CNN.com. Presumably, the channel did so in part out of a democratic impulse, but also because (as this reporter can attest) it was able to sell ads against its online stream as well.

Some of the challenges livestreaming for everyone presented for the network were detailed by Fortune.

The Observer asked CNBC why it was opting to follow Fox News’ livestreaming example rather than that of CNN. A CNBC spokesperson wrote via email, “CNBC is fully distributed.”

Translation of “fully distributed”: the channel reaches the homes of pretty much everyone subscribed to cable.

We followed up with a reformulated version of the same question. Why is CNBC blocking out non-cable subscribers from its livestream? The spokesperson replied, “No comment.”

Every age group from 49 on down is watching less traditional television every year. The people who are watching more TV, people over 65, are also 30 percent more likely to vote than the people leaving television the most quickly, people under the age of 24 (based on the last several Presidential elections).

It’s a missed opportunity to give more members of that demographic some tiny sense of ownership over this election.

CNBC Pro costs $29.99 per month, but it comes with a seven-day free trial. That appears to be the only online option without a cable subscription. Just be sure to set a reminder to unsubscribe before the week is up (and don’t be surprised if it isn’t easy).

This reporter recalls a time when all Presidential debates were broadcast over the public airwaves, free to all. It seems like such an important conversation should be available to all, live, particularly now that social media makes it possible to join in the conversation with people across the country.

YouTube users will undoubtedly post this debate on the site like they have the three debates before, but watching them after the fact is a poor substitute for listening and discussing them at one time with millions of your fellow Americans. 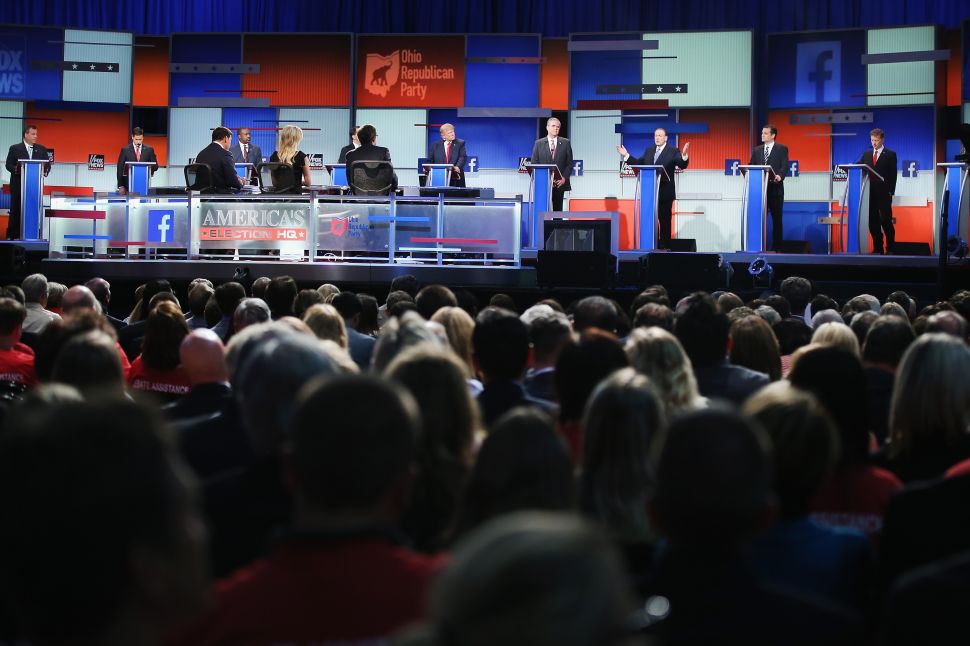