Margaret Cho escaped a troubled childhood—which included extensive sexual abuse and bullying from her peers—with comedy. At 14 she found refuge on stage and began a career that would span over three decades, establishing Ms. Cho as one of the best stand-up comedians of all time.

“I just wanted to escape being a child, as my childhood was pretty traumatic for a lot of different reasons,” Ms. Cho said in a phone interview with the Observer. “For me, being a comedian was a solution to get away from my peer group, and my family to some extent. There were a lot of different things I needed to get away from and in comedy I felt very safe, very powerful, very autonomous and that’s what I really needed at that age.”

Ms. Cho was raised in San Francisco, where her parents settled after emigrating from South Korea. The family owned a gay book store called Paperback Traffic, and the LGBTQ environment, which went into a crisis during the AIDS epidemic in the 1980s, had an influence on Ms. Cho’s comedy. The city continues to host a large population of individuals living with AIDS, estimated at nearly 16,000. HIV/AIDS has killed almost 700,000 people in the United States alone, with one million battling the disease in the U.S. today.

Instead of ignoring her internet trolls, Ms. Cho deals with them.

“For me it was an opportunity to get an education in gay politics,” Ms. Cho said. “We were still reeling from the assassination of Harvey Milk in 1978 and then a few years later, this mysterious disease emerged that was killing all of us. It was a terrible, terrible time, but what was positive is that people began getting involved with these different queer grassroots organizations like Act Up and Queer Nation. A lot of these groups were just starting out. We were doing a lot of fundraising, a lot of gay awareness, and I think I learned how to mobilize politically from it… It was a state of emergency. People were dying from AIDS. There was this incredibly hostile mainstream that was really not accepting or understanding that we needed AIDS education, funding, and more awareness overall of the disease. Those needs were being resisted by a lot of homophobia, fears, and ignorance, so the epidemic inspired us to learn how to speak up for ourselves.”

Much of that same homophobia, fear and ignorance is directed towards Ms. Cho today. An advocate of LGBTQ rights, racial equality, and women’s issues throughout her career, Ms. Cho has been the target of hateful backlash to her progressive ideas, often at the forefront of her comedy. Instead of ignoring her internet trolls, Ms. Cho deals with them.

“I feel we have to monitor these kinds of people, because as we’ve seen time and time again, haters become shooters,” she said. “And so I sort of look at it in a different way. People often say ‘oh, don’t feed the trolls.’ I screenshot what they say, report it, and I’ll send it to their employers, their spouses–things of that nature, where you’re calling attention to the hatred and cutting it off at the same time with immediate hate shame. If you hate shame, it automatically forces them to revisit the hatred they’re spewing, that can be potentially very damaging. And using it against them–as opposed to internalizing the trolling and feeling uncomfortable with it–it’s a good opportunity to stand up for yourself and also bring reverence to the kind of racism, misogyny, and homophobia that these people perpetuate. We should all practice this type of self-defense.”

Another matter Ms. Cho takes issue with is Saturday Night Live–one of the longest-running television programs in the United States, it has had only two Asian American hosts throughout its 41 years on air, and has yet to have an Asian American cast member or musical guest on the show.

Ms. Cho’s solution? “I propose Ken Jeong host and I perform as the musical guest. That would satisfy me. I’d also love to host myself, but I think what’s important is to get the message out there that not only do we need more diversity, but it would be a great opportunity to do a great show. Ken Jeong is really, really funny and I want to promote his ABC sitcom, Dr. Ken, which I’m also on, so we’ll see how they handle this idea of us doing this. I think it would be really good.”

Dr. Ken premiered this month on ABC, and the network recently ordered the full, 22 episode season to run, the first new comedy to receive the order this fall. Ms. Cho plays Ken Jeong’s more successful sister on the sitcom, which is based on Mr. Jeong’s experiences as a real-life doctor.

Ms. Cho’s new stand-up special, PSYCHO, premiered on Showtime in September, and she is currently on tour around the United States. She will be performing during New York City’s Comedy Festival on November 11th at the Town Hall in Midtown.

“The tour–“There’s No “I” in “Team,” But There’s a “Cho” in “Psycho”–is a way to explain and heal from rape, trauma, childhood sexual abuse, and all of this horrible stuff happening around the World today,” Ms. Cho explained.

“From the constant gun violence to the Bill Cosby sex scandal, it’s my solution to not internalize those messages and experiences, but to try and murder the rage and rapist inside of you, by telling the truth about it, by telling jokes about it, by being forward and honest about it. It’s my first show that’s really about defending yourself and defending yourself from yourself.” 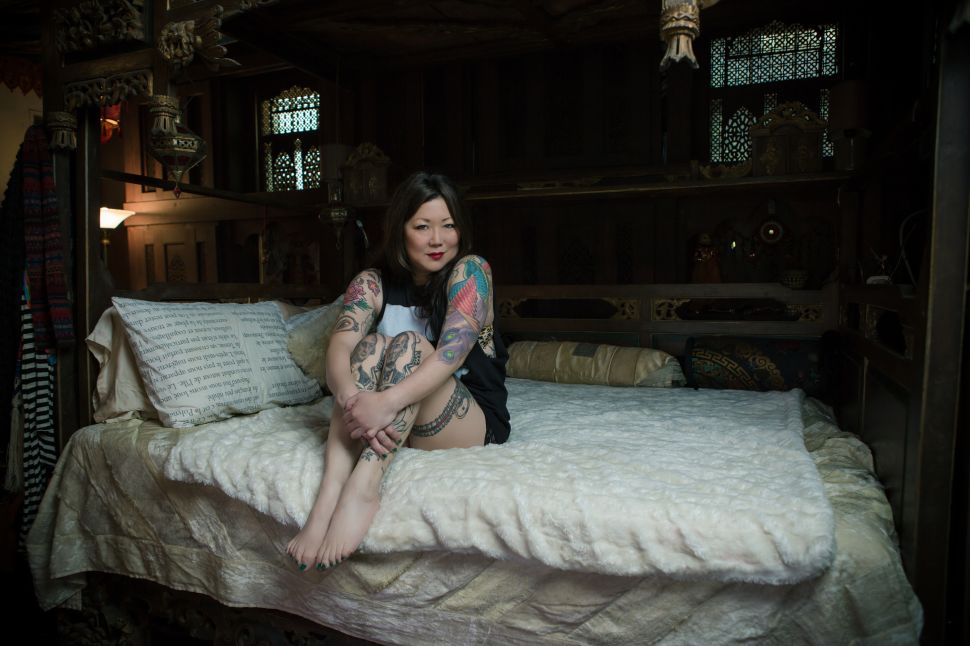