City Comptroller Scott Stringer today made a push to require the New York City Housing Authority to submit all of its spending information onto his office’s “Checkbook” website, where they would be visible both to his staff and the public.

Mr. Stringer—who has made auditing the notoriously troubled NYCHA and critiquing Mayor Bill de Blasio the hallmarks of his tenure overseeing city finances—argued at a joint hearing of the Council’s Committee of Public Housing and Committee on Contracts that making NYCHA reveal how it spends its money on staff and contractors would both increase transparency and expose inefficiencies. Because NYCHA, whose leadership is appointed by the mayor, is legally an independent municipal corporation separate from city government, it does not have to submit most its contracts to the same gamut of scrutiny from the Mayor’s Office of Contract Services, the city Law Department and the comptroller’s office that agencies do—though Mr. Stringer pointed out the semi-private Economic Development Corporation has begun loading its financial information onto Checkbook.

“This system at NYCHA is totally and completely broken. And I think it’s time for this administration to go do what none have done,” Mr. Stringer said. “It’s time to deal with the 21st Century, and come out of the shadows into more transparent view of the budget.”

On top of uploading the details of its contracts to Checkbook, the comptroller recommended the authority launch a “NYCHA-Stat” system, based on the numbers-driven CompStat system the NYPD uses. He envisioned it allowing residents to track all damages and repairs at their buildings and compare them to other developments.

Mr. Stringer also took a swipe at NYCHA Chairwoman Shola Olatoye’s “NextGeneration” plan to improve the authority’s efficiency and finances, noting that it was largely identical to three other sets of proposals put out in the past decade.

“You can forgive NYCHA residents for hearing ‘NextGen’ and thinking ‘OldGen,'” he said. “There have been many big, bold plans for NYCHA that never amounted to much at the end of the day because there hasn’t been a real commitment to true transparency, using transparency as an accountability tool.”

The hearing came just days after NYCHA suspended its vice president for capital projects, who oversaw new construction undertakings, pending a city Department of Investigation probe—and months after an audit by Mr. Stringer found that NYCHA could not account for the whereabouts of materials and supplies it had purchased and stored in its warehouses, which prompted a management shakeup.

In her testimony before the Council, Ms. Olatoye pointed out that the authority goes through the usual gamut of oversight and approvals for the money it gets from City Hall. But she pointed out 88 percent of its capital money comes from the federal Department of Housing and Urban Development.

She objected to the idea of “creating additional layers of unfunded reporting” for the hard-up authority, which faces hundred million dollar annual deficits, though she ultimately said she was willing to look into possibly loading NYCHA’s financial dealings onto Checkbook.

“We’re certainly open to investigating that further, and possibly identify what funding might be needed to make that happen,” she said.

NYCHA has been a frequent target for those regarded as political rivals to the mayor, including Mr. Stringer, Brooklyn Congressman Hakeem Jeffries and Bronx Borough President Ruben Diaz Jr. But Councilman Ritchie Torres, who chairs the Committee on Public Housing and convened today’s hearing, denied that the push for greater transparency at the authority was politicized.

“The comptroller and I went in there with the mission to make NYCHA more transparent, more integrated into the fabric of city government, and I think we left with commitments from NYCHA,” he told the Observer. “This isn’t a one-time headline, a one-time story, we’re pushing for enduring change.” 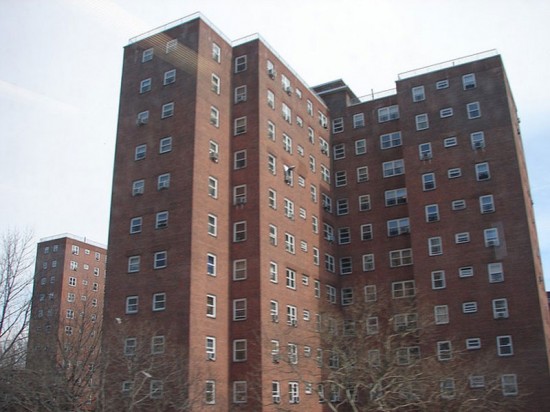