The next possible president – Republican Senator Ted Cruz of Texas – was born in Canada of Cuban descent. There’s no need to check his birth certificate — he’s got a genuine twang of the Lone Star State that would tickle the ears of ol’ Lyndon B. Johnson himself.

The Cruz tongue took a sharp edge Wednesday night in the Republican Presidential debate on CNBC. It came after Mr. Cruz spent one minute and 35 seconds attacking the news media before a cheering throng. He was responding to Carl Quintanella’s question about losing the budget deal.

Mr. Cruz also called Democratic debates “Bolsheviks vs. Mensheviks,” his funny way of comparing the other party to violent and revolutionary Russian Communists of a century ago.

He then had a brief coughing spell — good thing two of the other candidates on stage were doctors, and another a preacher.

He took the opening to compare himself to the only thing Republicans worship more than God, money and guns: Ronald Reagan.

Mr. Cruz persisted. When Mr. Harwood politely explained that he’d missed his opportunity, Mr. Cruz barked, “So you don’t want to hear the answer, John? You just want insults? You’re not interested in an answer?!”

He’d begun his rant by saying CNBC’s questions show why people don’t like media. If you were in a room with the TV turned on, you couldn’t help but look and listen.

Get used to that cutting voice, that attacking edge, that sense of jugular, because Mr. Cruz just might get nominated and what kind of President would that make?

After Wednesday’s show — the third episode of the probable award-winning Republican sur-reality mini-series “In Reagan’s Name” — it is clear that Jeb Bush’s heart isn’t in it and Ohio Gov. John Kasich and Mr. Paul are barely there.

Despite the polls, Donald Trump, Dr. Ben Carson and Carly Fiorina still feel like amateurs bound to fall. The blustery Gov. Chris Christie of New Jersey and the sanctimonious Mike Huckabee don’t carry as much body poundage as they used to, but these two pols pull little weight in the polls.

So who does that leave?

George Will of Fox News offered a good guess on “Special Report” during the 6 p.m. hour Thursday night.

“It seems increasingly likely, I guess, that the Republican nominee will be a young, mid-40s, first-term senator, Cuban-American,” Mr. Will said. “Trouble is, there are two of them.”

Ah-hah! That would be Mr. Cruz and also Marco Rubio, the Senator from Florida. Both could be labeled as inexperienced, but pointing that out invites comparison to President Barack Obama, a first-term senator from Illinois in 2008.

This was ‘Casual Ted’ — no necktie, speaking in a softer, musical voice with a bouncy cadence, “I feel terrific!”

Mr. Cruz, all chilled out Thursday, came to the same Fox table as Mr. Will to chat with host Bret Baier. This was “Casual Ted” — no necktie, speaking in a softer, musical voice with a bouncy cadence.

When Mr. Baier asked Mr. Cruz if he might be a bit “divisive,” even in his own party, he took the opening to compare himself to the only thing Republicans worship more than God, money and guns.

“Ronald Reagan,” Mr. Cruz said, was just like Ted Cruz. Mr. Reagan, Mr. Cruz recalled, seemed like a radical outsider Republican in 1976 when he challenged a sitting President, Gerald Ford, in the primaries.

By now, Mr. Cruz spoke in a reverent tone. “The Reagan revolution was a grass-roots tidal wave,” said Mr. Cruz, who can mix metaphors with the best of ‘em.

When Mr. Baier asked, “So you’re feelin’ that (terrific)?” Mr. Cruz replied “That is exactly what our campaign is… I feel terrific.”

He should. If it comes to a televised showdown with Mr. Rubio, Mr. Cruz would look older and more seasoned. He would come across with the killer instinct not just to smell blood in the but to cause its flow.

Both are 44 years old, but — man to man –Mr. Cruz would come off as the big brother who’s been around the block. Rubio? He’s the bright kid brother who might later go on to greater things (think John F. Kennedy, 1956).

Study, please, the ideas of Mr. Cruz, who is on the extreme right wing of the conservative party. (He does, however, win libertarian brownie points for referring Wednesday to “Colorado’s famous brownies.”) Some call him the “Cruz missile.”

Within his reach is an army of frustrated blue-collar white voters (many quixotically supporting Mr. Trump and Dr. Carson) who could unite behind Mr. Cruz, seize control of the nominating process and let Mr. Cruz lead the party over an unfinished bridge the way Barry Goldwater did in 1964.

Cruz is that kind of guy. Republican Congressman Peter King of Long Island said Mr. Cruz has “tapped into a dark strain in the American political psyche.” Mr. King also has called him a fraud. But in a mature television era, Mr. Cruz has a visceral style that jumps through screens and speakers of high-definition television.

Mr. Cruz has said the current President of the United States is “an unmitigated socialist” and a “financier of Islamic terrorism”. Opportunistic and naturally demagogic, Mr. Cruz would be ideally positioned to turn a terrorist attack, an assassination or a race riot to his rhetorical advantage.

On the right-wing issue checklist, Mr. Cruz fills all the right boxes on abortion, immigration and that kind of stuff. He’s OK with the death penalty and seeks no changes in gun safety laws. In 2013, although a Senator, he led an ad-hoc confederacy of Republican House members who shut down the government.

Even Rush Limbaugh said on the radio Thursday that people who both like and dislike Mr. Cruz say the same thing about him: “Watch out for Ted Cruz.” In this narrow instance, Mr. Limbaugh might be right.

Jeb Bush had the best suit — blue and well-tailored. Carly Fiorina dressed in purple and looked like “The Church Lady” from the early years of Saturday Night Live. Dr. Ben Carson used the word “crap.” As a medical man, he no doubt knows it sounds better in the original Latin.

Rachel Maddow opened her 9 p.m. show on MSNBC Thursday night with a Jeb Bush story. At 9:10 p.m., she got to the point: Mr. Bush’s campaign is doomed.

John Kasich should get some credit for using the phrase “killing the death tax.” (Happy Halloween, Governor.)

Mr. Christie sure knows how to stare into a lens and keep a straight face while spitting outrageous lines to reporters like, “Even in New Jersey, what you’re doing is considered rude.” Someone should tell him it’s crude to lean on a lectern when everyone else is standing up straight… And if he’d followed the news lately, Mr. Christie would not mock questions about fantasy football. It’s become an unregulated gambling industry where insiders place loaded bets. Perhaps it’s the sort of industry Mr. Christie seeks for New Jersey now that all those casinos are crapping out. (And what is the Latin wording for “crapping out?”)

This was an economics debate, right? What did they say about the alarming increase in wealth inequality? While immediate reaction for hours on most channels concerned the aggressive tone of CNBC’s moderators, the station switched quickly to a recorded program called “The Profit.” 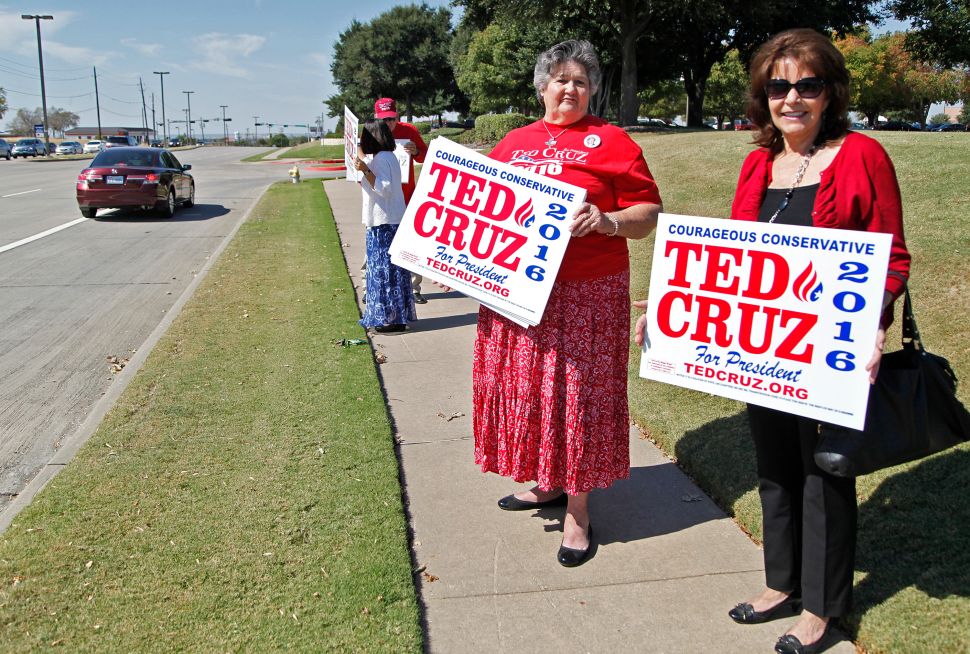