Gov. Andrew Cuomo attacked the Republican Party for its concerns over border security while blasting their resistance to new federal gun control laws—while backing off his call last week for his fellow Democrats to threaten a government shutdown if such measures fail to pass in the wake of the mass shooting in Oregon.

Speaking on the Brian Lehrer Show on WNYC this morning, the governor touted his success in getting the SAFE Act, short for the Secure Ammunition and Firearms Enforcement, passed in the aftermath of the Sandy Hook Elementary School massacre. The 2013 law limited the size of bullet magazines, required new background checks and permit renewals and called for the creation of an assault weapons registry—but Mr. Cuomo argued shootings had risen recently in New York City as a consequence of looser restrictions in other states, and mocked the GOP primary preoccupation with illegal immigration over the nation’s southern border.

“And people are getting in the car and driving to Virginia and driving to South Carolina and they’re bringing guns in. That’s why we need federal action,” he continued. “Because by definition, this is an issue a state can’t do on its own. You know, they’re so worried about the border with Mexico. Worry about my state’s borders. I’m not worried about Mexicans coming over my border. I’m worried about assault weapons coming over my border. If you want to protect borders, start by protecting the borders of states, and respect their gun laws.”

At the same time, Mr. Cuomo dialed back the idea of threatening to refuse to pass spending bills needed to keep parts of the government running unless a gun control bill were passed—a tactic Republicans have used on issues like deficit spending and federal funding for Planned Parenthood.

“Just to clarify: I didn’t call for a government shutdown. I said, you know, the Republicans are very good at making their priorities known, and they’re basically saying ‘if we don’t get a tax cut for the rich, then we’ll shut down the government.’ Democrats should say, well, ‘our top priority is gun control.’ And they should put it up at the top of the agenda and threaten the Republicans right back, that if they don’t act on gun control,” Mr. Cuomo said, not completing the thought before moving on to commentary on the severity of the situation.

“It’s amazing, as the conversation is going on, Brian, this is a societal crisis. It’s been so bad for so long, the American people are almost numb. I think they’re so disgusted with the gridlock in Washington that they don’t even bother to ask the government to do anything any more, because it’s been so incompetent for so long. And, 80,000 deaths since Sandy Hook. I mean, it’s really unbelievable.”

Pressed to answer how congressional Democrats—currently a minority in both the House and Senate—might force their GOP colleagues to agree to new laws on firearms, Mr. Cuomo instead proposed making it a 2016 campaign issue.

“Put a real gun control bill on the table. I would make this presidential [campaign] about gun control, I’d make the congressional races about gun control. I would lean into it, Brian. I don’t think the Democrats should run from it, I know they’re nervous, this is a controversial issue,” he said, asserting that he himself is a gun owner and is not anti-gun. “I want to say to people, as tough as our law is in New York, and it’s one of my proudest accomplishments, I’m not anti-gun. I get it. It’s keeping guns from criminals, mentally ill, etcetera. That’s what the ‘sensible’ means. You can’t give the Republicans the position that gun control means no guns. That’s what the NRA sells. And that scares people in this country. That’s not our position.”

Mr. Cuomo confessed, however, that he could not quantify how many people the SAFE Act had protected—though he maintained the number was considerable.

“I believe in my heart and soul that we have saved lives with that law. I don’t think it’s even close. I mean, these assault weapons have progressed to a point where they have such a capacity to kill. And what the big magazines do is, it’s uninterrupted,” he said. “So a police officer doesn’t even have that moment in time where the person is reloading. Because they don’t have to reload. So I have no doubt—in my heart, I believe we have saved lives. Can I prove that this person would have been a victim without? No.” 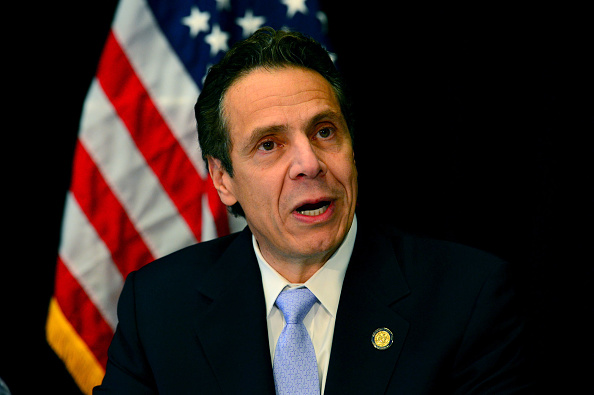