The film stars Ms. Blanchett, who also co-produced the film, as CBS News producer Mary Mapes, and Robert Redford as the nightly news legend himself. Ms. Mapes was there too, joining the crowd on the roller coaster of emotions and lawsuits following the 2004 report of President Bush’s military service.

“What you are about to see [Ms. Blanchett] do here-It’s what great film experiences always bring,” Mr. Barker added. “It’s like, beyond language. You’ll find when you leave the theater you will argue about politics, about journalism, about betrayal, and all of those things. But first of all, it’s a movie, and we’re watching it how it was meant to be watched, and that’s on the big screen.”

The hot political topics and cocktails made for the perfect conversation kindling at the film’s after-party a few steps away at Armani Ristorante at the Giorgio Armani 5th Avenue flagship. Grace Hightower De Niro sat with the Armani team, while, to Ms. De Niro’s left sat Ms. Blanchett. The starlet sat with her stylist scrolling through iPhone photos before chatting with co-stars Dermot Mulroney and Armani heir apparent, Roberta Armani. 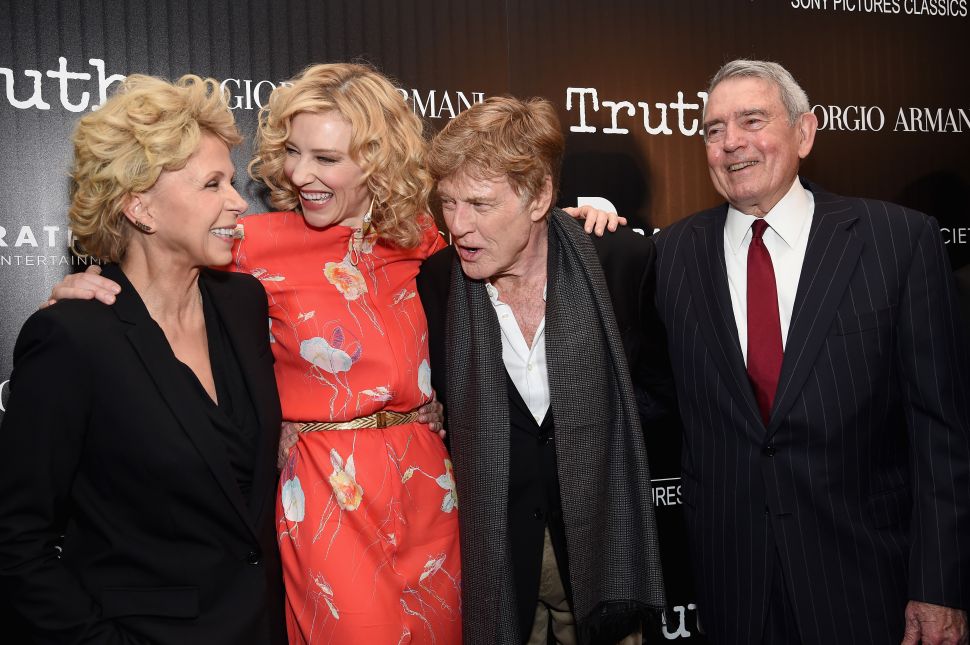