In an era when Star Wars and superheroes dominate pop culture and the biggest long-running phenomenon on TV, The Big Bang Theory, focuses on a group of nerdy scientists, there is no more appropriate icon of our time than Neil deGrasse Tyson.

Director of the Hayden Planetarium, author of 10 books, the gregarious astrophysicist also hosted Cosmos on FOX and now hosts Nat Geo’s StarTalk, which features him interviewing a celebrity or other notable, then discussing a topic with one of his rotating comedian co-hosts and an academic. For StarTalk’s second season premiere, which airs October 25, the astrophysicist landed the Jupiter-equivalent of guests: Bill Clinton.

Mr. Tyson chatted with the Observer the other morning from his office at the Museum of Natural History.

There’s a picture of you on Instagram in college, with a ballroom dancing troupe, in, um, a fanciful outfit.

That was the University of Texas dance team. I really should have been in my astrophysics lab at the time. Instead, I was donning leotards and leg warmers.

What was the appeal of dance for you?

Having wrestled for so many years, I was flexible and strong. But to me, the grace of dance was a next level to be achieved beyond just simply being flexible and strong. Can you be graceful? Can you move your body in a way where you are fully aware of what every muscle is doing? I just valued that, almost with an academic curiosity.

Many projects pair you with comedians, including your StarTalk co-hosts Chuck Nice and Eugene Mirman. What’s your connection to stand-up comedy?

I love comedians. They hold the soul of civilization’s social, cultural, political and interpersonal mores. I personally think the universe is a freakin’ hilarious place. On StarTalk, my comedian co-host relieves me of any need to find that humor, which I already know is there. If I’m alone, I can tell you some funny things. But if [I’m with a comedian], now I can stick more to the topic, knowing the comedian will bring a dose of levity.

‘Pop culture is the scaffold, and I’m cladding this scaffold with science. But the pieces have to fit on this scaffold, otherwise I have no guarantee you’re gonna meet me there.’

Is there a frustrated stand-up comedian somewhere inside you?

No, because I’m an educator, and I know that if I’m not funny, the person listening to me is still learning something.

Does discussing science through a pop culture filter change how you present the material?

It affects what context I choose, but not how I talk about it. Not all scientific context marries to a pop culture landscape. I’m hand-picking stuff. Pop culture is the scaffold, and I’m cladding this scaffold with science. But the pieces have to fit on this scaffold, otherwise I have no guarantee you’re gonna meet me there. In a classroom, you built the landscape of learning, and then you teach on top of that. But pop culture, I don’t have to prep you for that. You already know who Beyonce is. You’ve already seen the latest Superman movie, or Star Wars. So my awareness of the pop culture landscape empowers me to communicate with people who are on that landscape. Without that awareness, I’m talking to nothing.

‘If I look at a sunset, I can say, that’s a really beautiful sunset, with the colors and the clouds and beams of light and the silhouetted horizon, but I also know that it’s 15 million degrees in the core, undergoing a thermonuclear fusion of hydrogen into helium.’

Three days ago, I posted a tweet that got a lot of attention in the sports community. I’m not a particularly big football fan, but I have a fluency in it because my audience has a fluency in it. I channel-surfed and found a football game entering overtime—Bengals vs. Seahawks. The game was won with a 42-yard field-goal. The kick went up and up and up, and it started veering, and it hit the left upright and bounced at an angle between the goalposts. Score. I said, ‘wait a minute.’ Check my calculation real quick. That kick veered 1/3 of an inch to the right over the duration of that kick because of the Earth’s rotation. The Coriolis force. So I tweeted that the Cincinnati overtime winning kick likely went through the goalposts because of a 1/3-inch advantage it got from the rotation of the Earth. Because you have a round ball hitting a round post, and on two round surfaces can make it bounce this way instead of that way. I tagged @Bengals, [and tweeted] that the Bengals likely won because of the rotation of the Earth. And all the sports networks picked it up and talked about it, then people had fun with it, saying that the Seahawks suck anyway. All I did was plug real science into real pop culture—in this case, sports.

When you watch a movie, or listen to music, do you approach them with science in mind, or can you shut that off and appreciate them for what they are?

That implies one has to shut one off to enable the other. Both are running simultaneously. So if I look at a sunset, I can say, that’s a really beautiful sunset, with the colors and the clouds and beams of light and the silhouetted horizon, but I also know that it’s 15 million degrees in the core, undergoing a thermonuclear fusion of hydrogen into helium. This adds to this experience, because I know what it looks like and I know what it’s doing.

We have a segment of our country that seems anti-science. Does it roil you to hear those views, especially when those views steer legislation?

Most of society, I found, has some aspect of their belief system that is in denial of science. If a liberal Democrat is speaking, they’ll typically refer to conservative Republicans as being anti-science because of their denial of global warming or stem-cell research, or whatever. But the liberal left does not have a clean record. If you look, for example, where the centers of vaccine deniers are found, they typically lean left. People who are anti-GMO, even in the face of [the] objectively demonstrative value to society of genetically modified foods, they lean left. When I see people reject science, if it’s part of some belief system they have, fine. Believe what you want. The public needs to recognize that there’s a difference between a personal truth and an objective truth. An objective truth is that which can be demonstrated to be true outside of any one person’s belief system. It’s my opinion that if you establish legislation that affects everybody, then legislation should be based on objective truths. 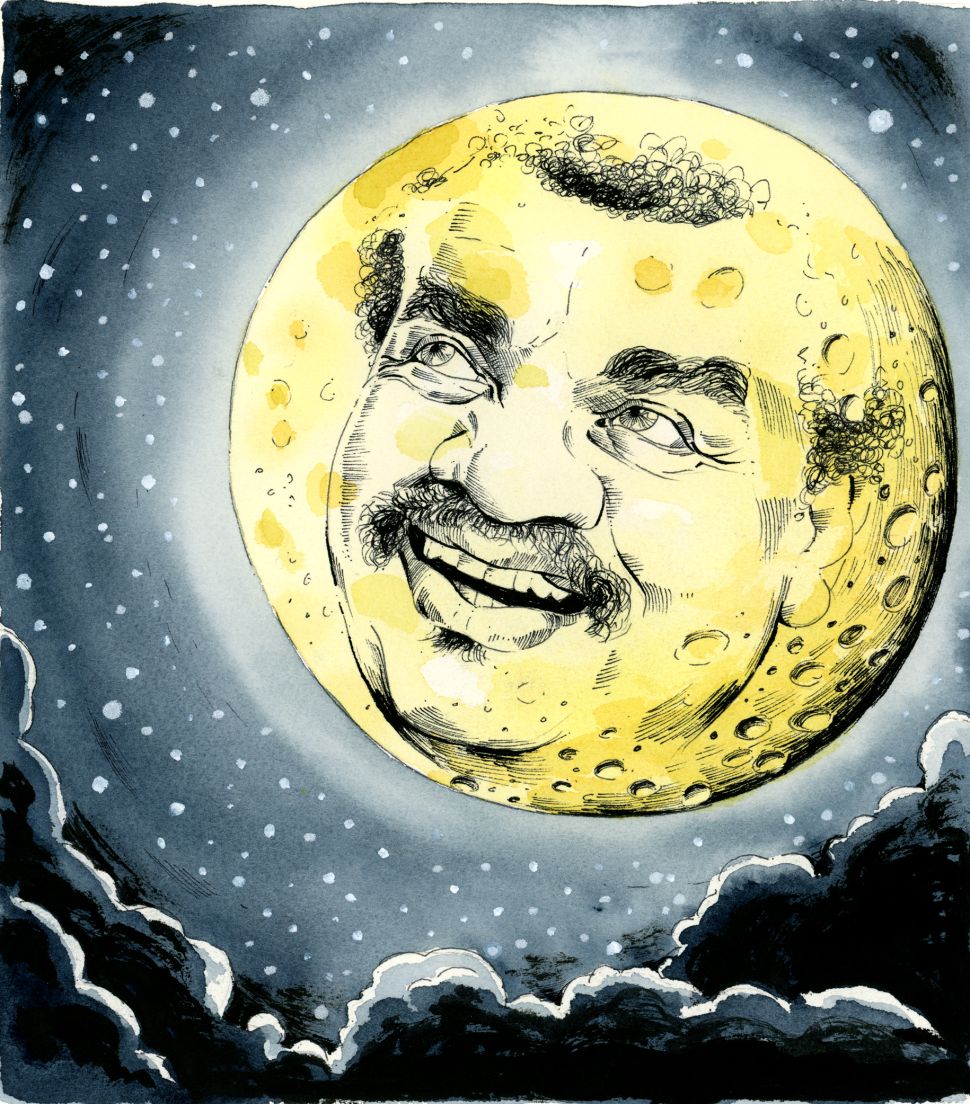