Former Gov. David Paterson announced today he will step down as chairman of the New York State Democratic Party following the November elections.

Serving as a fierce defender of his successor, Gov. Andrew Cuomo, Mr. Paterson held the unpaid position for 18 months.

“It has been a sincere honor to have held this post and to have played such a central role promoting the Democratic values that are so important to the New Yorkers we serve,” Mr. Paterson said in a statement. “I particularly enjoyed working so closely with Governor Cuomo in the run-up to his re-election last year. The governor has been a strong champion for our party’s shared ideals and I have been proud to answer his call to serve as chair of the party.”

Mr. Cuomo in a statement thanked Mr. Paterson for his service, praising the fellow Democrat for his brief tenure as governor during troubled economic times. Mr. Paterson became governor when a prostitution scandal forced Eliot Spitzer from office in 2008 and considered seeking a full term in 2010 until Mr. Cuomo, who was seen as a more formidable candidate, effectively boxed him out.

“From weathering the worst economic crisis we have seen since the Great Depression to repealing the unjust and unconscionable Rockefeller Drug Laws, Gov. Paterson’s many accomplishments have impacted the lives of millions,” Mr. Cuomo said. “Following his time in public service, David remained committed to advocating for Democratic values, and was an outstanding Chair of the State Democratic Committee.”

The State Democratic Party, as Mr. Paterson noted, was a second campaign arm for Mr. Cuomo during his re-election bid a year ago. The party is effectively controlled by Mr. Cuomo and some liberals groused that Mr. Paterson seemed less interested in helping Democrats in the State Senate, where he once served as minority leader. Mr. Cuomo has been accused of propping up Republicans in the Senate.

Mr. Cuomo will appoint an interim leader of the party until a new chairman is selected next year. There are no current candidates for the position, according to a Cuomo spokesman. 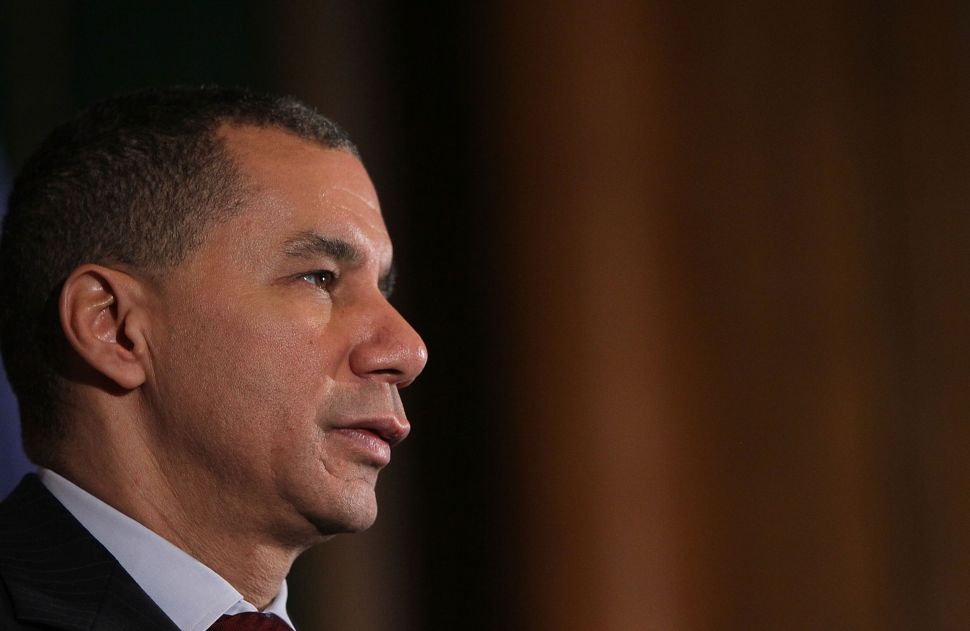