Ask not for whom the bridges toll—they won’t for Albany, Mayor Bill de Blasio said today.

Mr. de Blasio had some praise today for a proposal to revive former Mayor Michael Bloomberg’s call for the Metropolitan Transportation Authority place tolls on the bridges spanning the East River—but argued the idea would be dead on arrival in the state capital.

Manhattan Councilman Ydanis Rodriguez, chair of the Council’s Committee on Transportation, wrote in support of the idea recently in a proposal rework the city’s traffic situation—but congestion pricing, as it has long been known, would need approval from the State Legislature.

The mayor, who has feuded with the MTA in the past few months over its demand that the city pitch in an additional $3.2 billion for its construction and maintenance budget, said he hoped to have a dialogue about new ways to stabilize the authority and strengthen the city’s transportation infrastructure.

“In terms of what the council member has said, I think there’s a longer conversation that has to be had, and a bigger conversation with all the stakeholders in the metropolitan area about how we strengthen the MTA for the longer term. So far, some of those ideas, obviously have been looked upon negatively in Albany and would be very difficult to achieve,” he told reporters at an unrelated event in Staten Island. “I’d say it’s something that’s worth looking at, but as you’ve heard, right now in Albany, there’s no appetite for it.”

Mr. de Blasio has repeatedly argued that, between bus and subway fares, bridge tolls and the $100 million yearly stipend City Hall pays the MTA, New York City residents finance almost three quarters of the MTA operating budget. He reiterated today that Gov. Andrew Cuomo has near complete control over the authority, and that Albany often raids the MTA’s budgets for funds for different projects around the state.

“What we’ve said is, let’s begin at the beginning. We need to approach the MTA differently in terms of the role that the state plays to begin with. And, obviously, the MTA is the state’s responsibility. The governor names the head of the MTA, the governor has the majority of the appointments on the MTA board,” he said. “We want to make sure that they end the practice of taking money out of the MTA and putting it into the rest of the state budget.”

The mayor and the governor seem to agree on one thing: that there’s little support in Albany for the newest incarnation of congestion pricing, dubbed Move NY. And despite the differences in this plan, Mr. Cuomo, whose support would also be necessary, said he didn’t think there was enough support for the idea in the Legislature.

Mr. Michael Bloomberg rolled out the first congestion pricing proposal in America in 2008. It which would have followed the model of cities like London and Stockholm in placing tolls on the Brooklyn, Manhattan, Williamsburg and 59th Street bridges to discourage driving into Manhattan and to raise additional funds for public transit.

Polls found the majority of New Yorkers supported the idea and the City Council passed a resolution in favor of it, but it was met with opposition from outer-borough residents who do not have as much access to public transit and use the bridges more often. Then-Assembly Speaker Sheldon Silver refused to give it a hearing in the assembly, effectively killing the idea.

While Move NY would add tolls on the East River bridges, it would also lower the currently high tolls on outer-borough bridges, like the Verazanno Bridge connecting Brooklyn and Staten Island and Robert F. Kennedy Triborough Bridge—something that was not part of Mr. Bloomberg’s plan and has swayed some outer-borough pols to support the new plan. More recent polling suggests that New Yorkers have soured on the idea, with a Quinnipiac poll last year showing 49 percent of city residents opposed the MoveNY proposal while 41 percent support it. 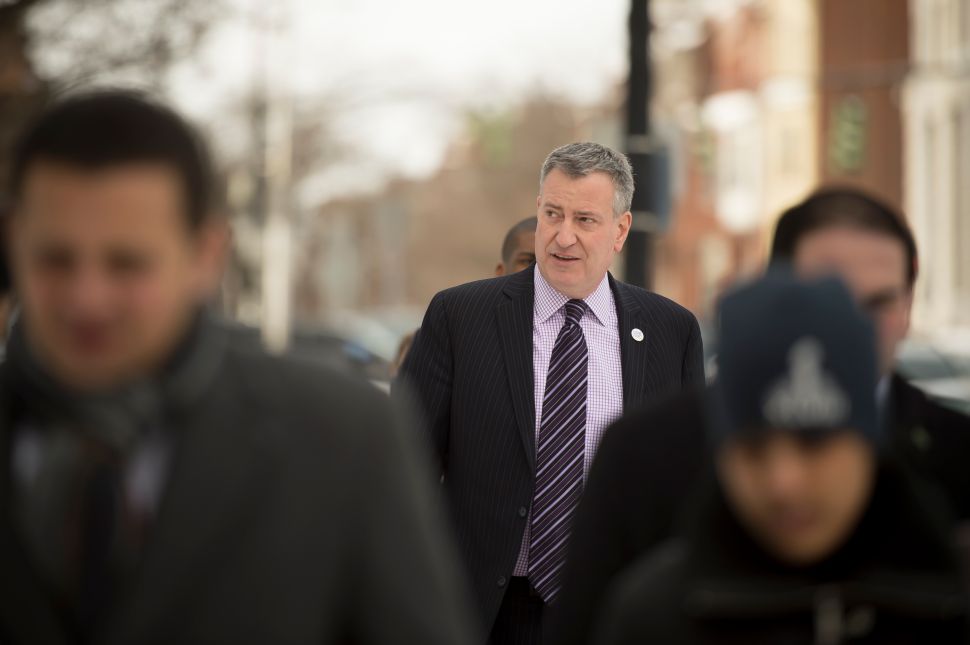