On Thursday night, a remembrance of sorts was held inside 76 Grand Street, the legendary former outpost, now reclaimed, of art dealer Jeffrey Deitch.

Close friends of occultist, artist and iconic Los Angeles figure Marjorie Cameron gathered to share memories of the “Scarlet Woman” who starred in Kenneth Anger films and was married to rocket scientist Jack Parsons, amid a small but historic first East Coast survey of her artwork. The occasion for the panel on the woman and her work was a re-staging of the Los Angeles Museum of Contemporary Art survey, or at least a portion of it, at the dealer’s Grand Street space.

“She would often say to me, ‘Scott, you don’t know who the fuck I am!'” exclaimed Mr. Hobbs, imitating the artist’s raspy voice. “And some,” he added mysteriously, “say she traded her beauty for power.”

Cameron’s colleagues reminisced on the fiery spirit and striking presence of the artist, which they agreed never faded, but rather intensified as she aged—and whose many layers of artistic influence are only now being revealed to the public.

Her friends traced the influences of Cameron’s art and lifestyle to her marriage to Jack Parsons, one of the founding scientists of the Jet Propulsion Laboratory who was responsible for inventing the technologies used in modern rocket propulsion. After a fabled magical conjuring with his friend, Scientology founder L. Ron Hubbard, known as the Babylon Working, he crossed paths with Cameron in 1946 and the two were married shortly thereafter. Parsons died six years later in a lab explosion at his home in 1952.

Parsons’ death had a profound impact on Cameron, and in the late 1950s, she destroyed much of her artwork “in a fit of madness,” Mr. Hobbs said, “but she admitted later she regretted it.”

Nearly all of the works that appear in The Wormwood Star, an avant-garde short film by experimental filmmaker Curtis Harrington about Cameron’s life and artwork, she destroyed. However, one work, featured in the exhibition, does remain: a haunting 1955 oil on board painting titled Buried Doll, in which Cameron’s distinctively vein-like line work traces the cracking edges of loosely applied green paint to create the form of a swaddled female figure.

Until LA MOCA’s 2014-15 retrospective of Cameron’s art, she was primarily known for her occultist connections to Parsons, and for her experimental film roles. She was cast in the film Night Tide, alongside Dennis Hopper. In Kenneth Anger’s Inauguration of the Pleasure Dome, she played the pivotal role of the Scarlet Woman.

While the art world is only now coming to appreciate Cameron’s refined skills as a draftsman, the consensus among her close circle of confidantes was that her art-making was only one part of a very complex personality. While alive, she showed her artwork very little, if at all.

“[She] resisted being commercialized her whole life. These are not art objects, they can be made again because they exist in another plane,” said Mr. Breeze, who is currently executive director of Ordo Templi Orientis International, the religious organization known as Thelema founded by Aleister Crowley to which Parsons belonged.

But when Cameron did show her work, it didn’t go unnoticed. In 1957, Ferus Gallery displayed Cameron’s drawing Peyote Vision, which featured a serpent-tongued woman in the midst of a sex act with an alien being. The show was shut down by police, artist and gallery owner Wallace Berman was arrested and Cameron was charged with obscenity.

“She vowed never to show her work after the ruckus at Ferus,” Mr. Hobbs told audience members.

But traces of Cameron’s influence are front and center in the history of L.A.’s art scene. Berman featured a portrait of her on the cover of the very first issue of his limited edition art journal Semina.

Since art and religion went hand-in-hand for the artist, the conversation couldn’t escape Cameron’s occult connections.

“She was near [the beginnings of] three new religions,” explained Mr. Breeze, on the occultist themes that dominate Cameron’s imagery, as well as her quiet influence on the occultist community. And those religions happen to be big ones: Scientology, Thelema and Wicca.

“Maybe she didn’t want to be called a witch, but that’s what she looked like and the kind of lifestyle she lived,” said Mr. Hobbs.

“Cameron seemed to have a true understanding of the void, the darkness—she loved it,” remarked Ms. MacAdams.

A highlight of Ms. MacAdams’ recollections were her descriptions of the magic and astrology the two practiced together, from the small rituals Cameron performed quietly and daily—she would often say blessings before driving—to a milestone psychedelic-religious trip the pair took together in the 1980s, which Cameron later manifested in colorful and abstract watercolors she called the Lion Path Series.

On the Lion Path series, which was her last, Mr. Hobbs explained that even though her eyesight was poor, he considered it to be Cameron’s most complete and fully realized.

“Cameron: Cinderella of the Wastelands” is on view at 76 Grand Street through October 17. 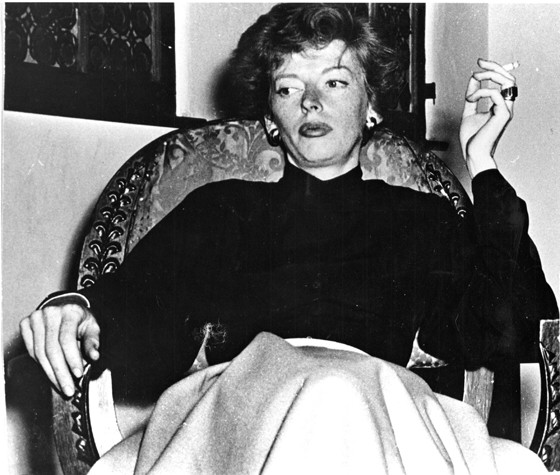