Did anyone notice the tone and content of the Democratic debate was entirely different from that of the Republican debate? The questioners didn’t strive to pit one candidate against the other, and they didn’t ask hard questions. The candidates, for the most part, seemed to go out of their way to support one another.

The Clinton email discussion was especially touching. As for the question, it was such a softball that it provided Ms. Clinton the perfect opening hit to her standard talking points. In sum, she “has taken responsibility,” “turned over 55,000 emails,” been “transparent,” wants it all made public and she’s going to testify before a Congressional committee that’s just an “arm of the Republican National Committee.” Of course, we can take her word for it. It’s all settled.

If that were not enough, Bernie Sanders confirmed it. “Enough about the emails!” Mr. Sanders thundered, earning him a laugh and a handshake from his putative rival. People all across the country are telling him they’re tired of hearing about the emails.

Newsflash, America! Mr. Sanders is right. It’s not about the emails. If Ms. Clinton wanted transparency and cared about complying with the law, why did she refuse to have an Inspector General at the State Department during her tenure? As soon as one came on board, he immediately identified classified information in the initial review of the first 40 emails he finally received from her server.

It’s about Hillary Clinton holding herself above the law.

Like prosecutors who deliberately hide evidence and send innocent people to prison, it’s not about how many emails or pieces of evidence you do produce—it’s about the ones you don’t—the ones that hold the key to the truth. It’s not about the 55,000 pages Hillary produced. It’s about what she hid or is hiding.

Only in the most general of terms, Ms. Clinton admits her emails situation was “a mistake.” It “wasn’t the best choice.” No one pushed her to state exactly what it is that she admits is a mistake or not the “best choice.”

Which part of the “email” debacle, exactly, was “a mistake?” What exactly wasn’t “the best choice?” Wake up, America—it isn’t about the emails.

We already know Ms. Clinton has not produced all of her official emails while Secretary of State. Where are they? She wrote in a sworn declaration to Judge Sullivan—a very carefully worded declaration—that she ordered the production of all of her non-personal emails. To whom did she give that order? Exactly what did she instruct them to do? What were the parameters under which the producers operated?

Who reviewed the emails? How do they know she didn’t delete any before they reviewed them? How did her minions decide what to produce and what to withhold? What role did her attorney play in all of it and why? If she wanted to be transparent, why didn’t she simply and immediately produce the server? Why was it “wiped” when it was finally produced? What is the status of the other servers that have been seized since then? Why has the State Department been defending her?

How did Ms. Clinton get by with having no Inspector General in the State Department while she was there? Why did the president allow that?

What did the president know about Ms. Clinton’s private server and when did he know? The White House had to have been corresponding with her at Clintonemail.com. That’s not State.gov.

We already know from emails produced by Clinton confidant Sidney Blumenthal that Ms. Clinton did not produce all of her emails discussing official business of the State Department. Mr. Blumenthal produced some of his correspondence with Ms. Clinton about Libya and other issues she failed to produce.

In the height of irony, Ms. Clinton wants Edward Snowden held accountable for his conduct.

The only conceivable reason to set up a secret server at her home was so she alone could decide what the public would ever see. She deliberately disregarded the Freedom of Information Act, the Federal Records Act and policies that were adopted to provide some level of transparency in government. She calculated to circumvent those statutes.

In the height of irony, Ms. Clinton said she wants Edward Snowden held accountable for his conduct, which jeopardized the lives of Americans—but she has done everything possible to avoid any accountability to the American people for any of her flagrant disregard of the law. It’s now beyond dispute that there was classified information and information affecting national security on her private server. As we discussed in our article “The Countless Crimes of Hillary Clinton,” every instance of that was a violation of the Espionage Act. Of course, she doesn’t “want to talk about her emails.” Everything about “her emails” evidences deceit.

If the FBI really gets after its job—fully and in a timely fashion—it must be investigating Ms. Clinton herself, along with her proteges Huma Abedin and Cheryl Mills. It must be investigating all of their roles in mishandling protected information, avoiding the laws created to protect information for lawful disclosure to citizens, and their destruction of evidence to which the Inspector General, the Benghazi committee and the American people are entitled. 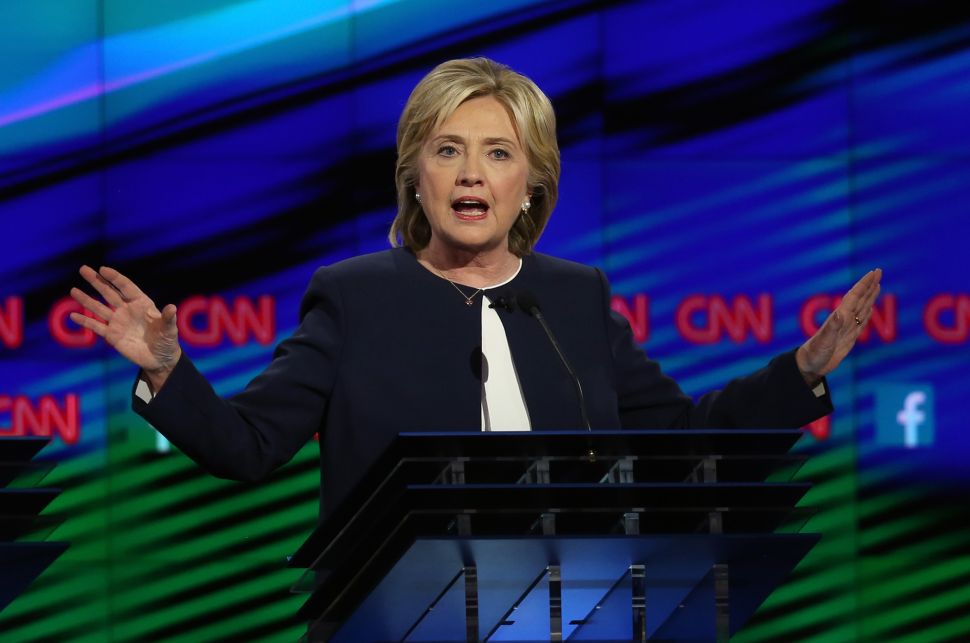