The SS United States is the most important merchant ship ever built in this country. But unless the money, or an acceptable plan to preserve the iconic ocean liner, is found by the end of October, the nonprofit SS United States Conservancy will be forced to sell it for scrap.

One man can save it: Bill de Blasio. The mayor can either let sink an important piece of New York history, or he can take a real step toward saving the ship, while achieving several of his articulated goals.

Several developers have put forth plans to convert the 990-foot ocean liner to a hotel, entertainment space and museum. But the de Blasio administration showed no real enthusiasm. Now the Conservancy has articulated an alternative that Mr. de Blasio should find compelling: a combination of affordable and market-rate micro-apartments, educational spaces and community resources.

The Conservancy has articulated an alternative that Mr. de Blasio should find compelling: a combination of affordable and market-rate micro-apartments, educational spaces and community resources.

But to make it a reality, the de Blasio administration needs to lend—not give—the conservancy the funds to keep the ship from going to the scrapyard while the details are worked out. We are talking about a fraction of the amount that the mayor has already pledged to merely advertise his no-rent-increase gambit with the Rent Guidelines Board.
When the ship held the Blue Ribbon for fastest trans-Atlantic crossings, it housed and fed 2,008 passengers and a crew of 1,066. Its 600,000 square feet can be converted into hundreds of apartments, dozens of classrooms, offices and amenities. And because so much of the infrastructure already exists and has been preserved, the economics make sense—if a short-term loan can be arranged.The city bears no risk here. If the United States project falters, the city would be repaid any funds it advanced from the proceeds of the sale to the ship-breakers.

Two possible sites have been explored: at Pier 36 in the East River, just north of the Manhattan Bridge; and a more intriguing location in Brooklyn’s Red Hook.

The conversion of the ship will also mean jobs: some 2,000 high-paying (though temporary) positions to build out the spaces, and approximately 300 permanent positions.

Mr. de Blasio has articulated an important though elusive goal: to create 200,000 new affordable housing units—including some 80,000 newly-built apartments. But as he has found out, finding acceptable sites to do so is not easy. His proposal to use open parcels already owned by the NY Housing Authority has been met with criticism and opposition. Here, with the SS United States, he avoids the siting problem: John Quadrozzi, Jr., the president of GBX-Gowanus Bay Terminal in Red Hook, wants the ship.

From its very beginning New York was a maritime town, and it made its reputation by changing the model upon which shipping was based: the clipper ship—fast ships sailing on a schedule.

This should be a no-brainer for the mayor: affordable housing, job creation, and no cost to the city. But getting it done before the existing funding for upkeep runs out demands a speed and flexibility alien to most government bodies. But just as New York had a revolutionary maritime past, it can once again have an exciting and different future. We urge the mayor to task his team with getting it done—now. 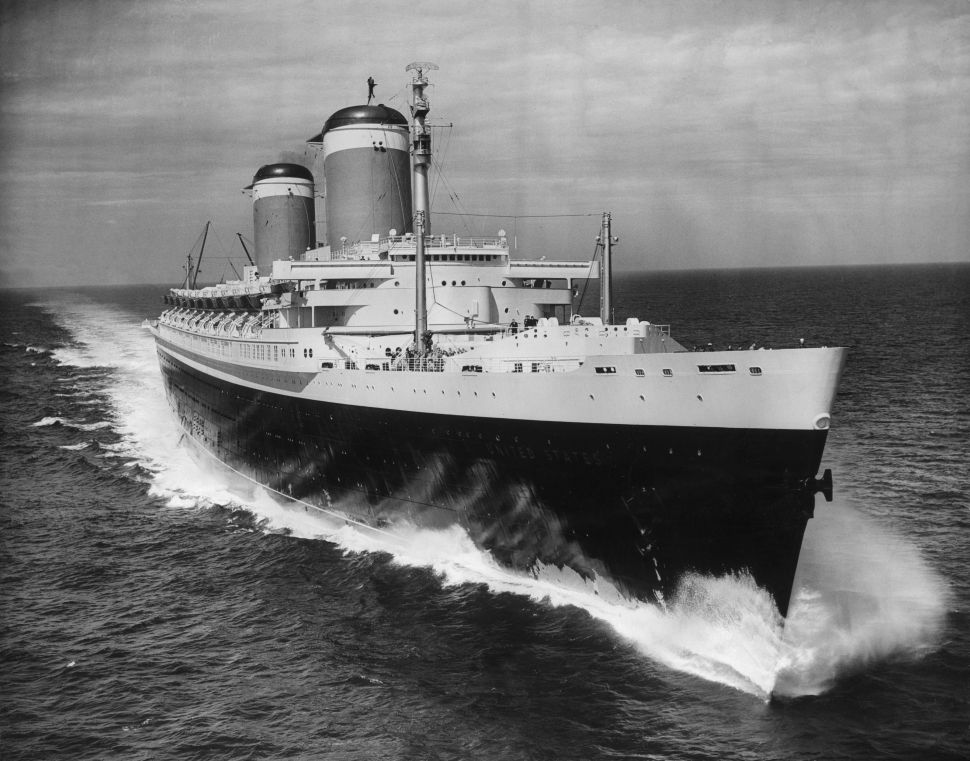