About midnight, on October 21st, a man wielding a knife lunged at a border patrol officer. The assailant was shot four times.

Did you hear about this incident? Probably not. That’s because the incident took place took place not somewhere in Israel, where all incidents of this type are recorded and broadcast around the world, but at the border crossing in Calexico, California, just across the border from Mexicali, Mexico.

The reason the man was shot by a Border & Patrol Protection officer and, subsequently, died from his wounds, should be obvious. People wielding knives and lunging at police—or anyone else, intend to injure or kill and it is essential to stop those attacker immediately—before they do their harm and people are killed.

If the Palestinians speak untruths it’s one thing. But when the United States delivers falsehoods, it’s something else entirely.

This incident did not make international headlines. There was no outcry and no rage for the poor guy even after details emerged and we learned that he was on a bicycle and jumped off it to perpetrate his attack and that he was denied entry into the United States and that was why he went on his rampage.

There is a double standard here.

If this incident would have happened in Israel, the country’s many critics would be screaming about the murder of innocent people riding their bikes. The Palestinian propaganda machine would have turned the truth upside down to convince the world that the killer was the victim.

These are some of the lies that were told to the United Nation Security Council by PA UN Representative Riyad al Malik on Thursday, October 22nd. In describing the tension between the Palestinians and Israel, he said:

“Our Palestinian people, particularly our children, are being killed, targeted by the Israeli occupation forces.”

“They are denied fundamental right to life because of their national and religious identities. Their legitimate rejection of illegal occupation is being faced with killing and destruction.”

“Incitements and provocations continue in al-Haram al-Sharif (the Noble Sanctuary, as the Temple Mount is known by Muslims) and the al-Aqsa Mosque – attacks, incitement by the Israeli extremists and the officials against Palestinian civilians. Day after day we watch this.”

They believed every word. They gobbled up every untruth.

When Israel’s new Ambassador to the UN, Danny Danon, had his turn to speak, the damage was done. This is a war where lies and false rumors are the ammunition of the propagandists. And Israel is losing.

And it doesn’t stop. If the Palestinians speak untruths  it’s one thing. But when the United States delivers falsehoods, it’s something else entirely. On Monday, October 19th, three days before the UN Security Council heard from al Maliki and Danon, Secretary of State John Kerry had this to say about Israel and the Palestinians:

“Security and diplomacy go hand in hand. There is not a time for one and then the other, really there is an importance to both. We want to see calm restored and we want to see the violence stop. And I think everybody in Israel and in the region would like to see both of those things happen.”

He starts out fine. Then Kerry made a terrible mistake:

“We continue to urge everybody to exercise restraint and restrain from any kind of self-help in terms of the violence, and Israel has every right in the world to protect its citizens, as it has been, from random acts of violence.”

I don’t get it—and that’s probably because the secretary of state doesn’t really get it. Can the Israelis defend themselves or not? And why can’t Israeli be vigilant and help fight the terror spreading throughout their country. That is what Nir Barkat, the mayor of Jerusalem, advised when he asked that citizens who are trained marksmen and have licenses and permits and weapons carry their weapons with them wherever they go.

And what about this idea of restraint on both sides? Israel is showing great restraint—especially because they are the people being attacked. The vast amount of Palestinians who have been injured during this terror spree were the terrorists themselves. And they were injured or killed in the midst of the act of terror. Israel is killing terrorists—not innocent teenagers.

This is not, as Kerry erroneously stated, a question of “protection” but rather one of self defense. It baffles the mind that even now the United States is still attempting to put forth an agenda of impartiality. How could the US see things in such a warped manner as to confuse those who are the terrorists with those who are the victims? Why does the United States administration continue to persist in their desire to put both sides on an equal playing field?

Sometimes, a man’s got to do what a man—or woman—has got to do. And shooting someone who wants to take your life is as correct and appropriate a response at the border between California and Mexico as it is in the clash between terrorist Palestinians and Israeli citizens. 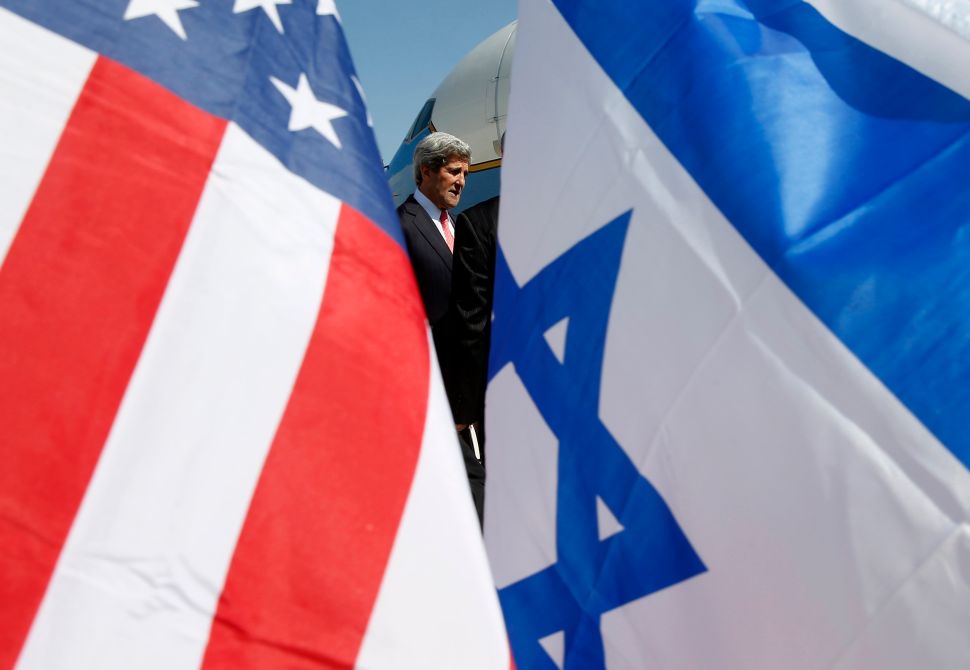