In the contentious Hoboken city council races, you are either with Team Zimmer or you are facing them. That is, with the exception of ward 3’s Michael Russo who is neither a part of Team Zimmer or opposed for his spot.

For Michael DeFusco in Ward 1, Tiffanie Fisher in Ward 2, Dana Wefer in Ward 4, Peter Cunningham in Ward 5 and Jen Giattino in Ward 6, the alignment with the mayor has proven to be a significant boon to fundraising numbers. In addition to their own campaign contributions, Team Zimmer has netted $14,850 extra for the candidates to share.

PolitickerNJ waded through ELEC to determine how much was raised among those running to represent Hoboken’s six wards.

Michael DeFusco (of Team Zimmer) has raised a total of $22,380. According to his report, DeFusco has received some unusual campaign contributions including $2,600 from actor Jim Tasker who lives in California and some others in the entertainment industry.

Theresa Castellano is lagging well behind DeFusco according to her October ELEC filing. The 21-year incumbent has raised $8,777.50 for her campaign so far.

Tiffanie Fisher is a member of Team Zimmer. On her own she has brought in $8,699.48 in campaign contributions.

Peter Biancamano has fared only slightly better than Fisher in his fundraising efforts in the second ward. He has raised $9,690 thus far. However, since he is not a part of Team Zimmer it is possible that the current Hoboken School Board member has actually had fewer funds to work with than his opponent.

Bonnie Murray has raised the least amongst the second ward candidates. She has brought in $1,250.

Current councilman Tim Occhipinti has raised $26,448.18 on his own. That large amount has allowed him to spend significantly more than his opponents (he had spent $21,796.61 as of his October 4 ELEC filing). He has invested in things like facebook ads.

Former assemblyman and former fourth ward councilman Ruben Ramos has brought in $11,350. What makes Ramos’ contributions so interesting is that he has collected $4,800 from staff members in Paterson where he is a teacher. Ramos famously lost his assembly seat over a disagreement about pensions with state Sen. Brian Stack. Now, it seems like teachers are rallying behind him for that decision as he tries to get back into the political fray.

Dana Wefer has brought in only $5,354 but, again, she is one of the chosen few on Team Zimmer. While the group has not raised a huge amount of money, the name recognition of being paired with the mayor may help on Election Day.

Cunningham’s opponent, Eduardo Gonzales, had brought in significantly more. The challenger has raised $14,017.40, almost as much as Team Zimmer.

Jen Giattino has raised $17,192.94. Her contributions include some from local Republican organizations.

Carmelo Garcia has yet to file campaign contributions. 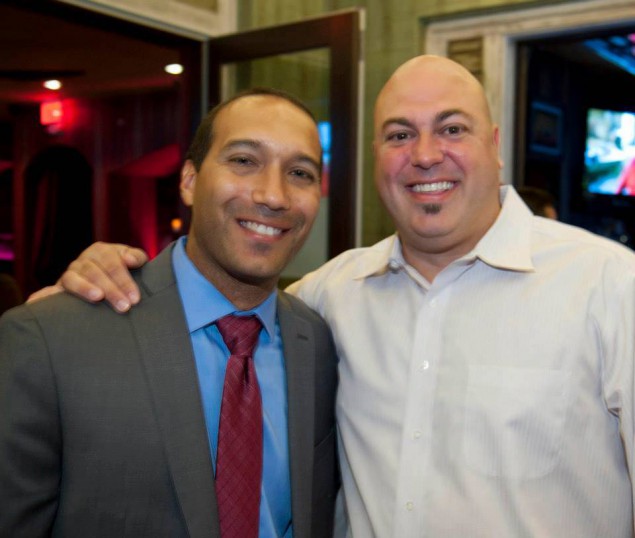