When we rate restaurants, apps and customer service, we do so hoping some positive changes will come out of our honest feedback. Is the same expected when you rate people? NO!!! Because we obviously shouldn’t be rating people!

A new app called Peeple, being touted as “Yelp for people,” is hoping to encourage people to do just that. The app is set to launch in November and will provide a platform for users to assign reviews and ratings of one to five stars to anyone and everyone they know, including exes, co-workers, neighbors, etc. And the worst part—you can’t opt out. Once someone puts your name in the Peeple system, it’s there to stay, and you can’t delete bad reviews, because that would defeat the whole purpose.

“People do so much research when they buy a car or make those kinds of decisions. Why not do the same kind of research on other aspects of your life?” Julia Cordray, one of the app’s founders, said, according to Independent. She was also quoted saying she wants to use this to “spread love and positivity” and, “that’s feedback for you. You can really use it to your advantage.”

Apparently, Ms. Cordray and her co-founder Nicole McCullough have never heard of cyberbullying. Thankfully though, the rest of the general public sees how terrible of an idea this is. #Peeple has been trending on Twitter all morning, and, according to Twitter data, the vast majority of the sentiments have been explicitly negative.

#Peeple: The app would have a 2 star rating if Twitter voted. (77% negative sentiment) 📉 http://t.co/mQWA2yRZRe pic.twitter.com/n9V2oj0YhU

Here are just a few of the thousands of tweets expressing outrage over Peeple:

#peeple sounds like an app that wants to increase the suicide rate.

In an age where both truth and gossip on the Internet can literally ruin lives, this #peeple app is horrible AND scary #yelpforhumans???

Let's rate the people behind #Peeple. My score: Awful, Greedy, Hate-Enabling, Should Be Shunned and Shamed. #RatePeeple

The entire human race has decided to opt out of #Peeple, correct? This is where we draw the line, right?

Okay, one more thing. #Peeple exposes the hollow lie of "just log off!" as a response to online harassment.

#Peeple: Because everyday life should be a horrifying minefield.

They’re comparing it to the infamous Burn Book in Mean Girls.

so #peeple is what happens when two popular mean girls from your high school grow up & decide to make a slam book for the entire world?

People are especially concerned about how this will affect marginalized communities:

Imagine the field day that TERFs like Cathy Brennan will have dead naming and outing trans ppl w/ #Peeple. It's literally horrifying.

I am rage-exhausted with privileged tech developers who never investigate how their apps might be used against marginalized people. #Peeple

Color me shocked two blond-haired, conventionally pretty, well-off white women can't conceptualize of why a "Yelp for #peeple" is a bad idea

What happens when some1 uses #peeple to out a queer/trans individual to their family & they r disowned, kicked out of the house or assaulted

Many have taken to the Peeple Facbeook page to express their concerns, but the founders aren’t having it. Some who voiced their opinions claim they were banned. Ms. Cordray’s recent status supports this notion.

I got banned from the #Peeple facebook page for talking about being a stalking/harassment survivor and asking how 2 opt out. Neat.

So this is what I posted on @peepleforpeople Facebook page & got banned/deleted. Makes sense, right? #Peeple pic.twitter.com/ZqrAcKnK6d

That moment the person who created #Peeple aka stalking and harassment app tries to stop speech Irony just chuckled pic.twitter.com/EDk30GNdK9

On Facbeook, the creators are cherry picking positive comments they received about the app and posting them to paint a more positive image of the app. In defense, they also posted:

Clearly, they don’t get it. 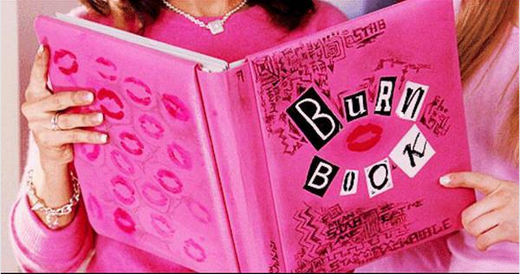