A pioneer in the ’90s alt-rock scene, Shirley Manson made her name as a thought-provoking, outspoken frontwoman who was always years ahead of the curve. Garbage’s leading lady dominated rock the way that Katy Perry and Taylor Swift rule the pop scene today, without compromising a thing in the process. Along with her bandmates Butch Vig, Steve Marker and Duke Erikson, Manson mixed rock, electronica and hip-hop to distinctive, innovative effect—20 years later, the radio is still playing catch-up. To commemorate the band’s 1995 debut, Garbage released a deluxe edition of their self-titled LP earlier this month and just embarked upon a 20 Years Queer tour, where the band will play its debut from cover to cover.

Prior to the start of the tour, Manson spoke to the Observer about discrimination in the music industry, remembering how to play songs from Garbage’s debut and whether or not she feels like she fits in 20 years later.

It’s been 20 years since Garbage’s debut LP came out, how do you feel like you’ve changed the most?

The thing that has changed the most for me as a person over 20 years is that I’m not afraid anymore. I just don’t feel frightened, and that’s a nice place to be.

Today there are a lot of women in pop that have huge voices. Do you think that women in pop have more of a voice than women in rock nowadays?

Definitely. I don’t know if they necessarily use their voices, but they definitely have the platform on which to reach people and influence people and be exposed to the world. I think we’re all aware that there’s been a dearth of women in alternative rock for a decade if not more. That is one great thing is that the women of pop have ruled the airwaves for a decade of pop, so that’s great progress for women in general. 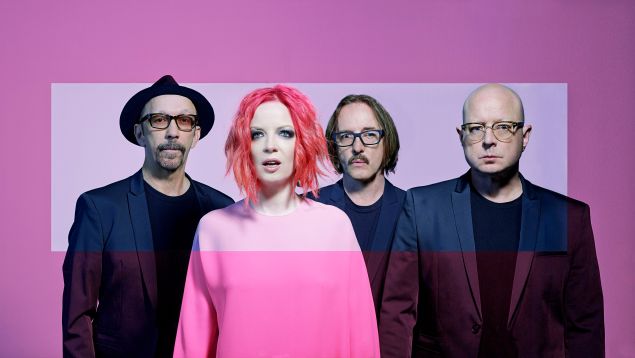 ‘The system that exists in the music industry is definitely not in favor of the female perspective.’

I feel like in general “the individual” doesn’t seem to count. I don’t think it’s specific to being a musician or female musician, necessarily. I think it’s hard in our culture that seems so narcissistic and a culture that focuses only on the glorification of self to ever feel like another person matters. I feel like it’s a strange time for all human beings and not just female musicians. I’ve been very lucky—I’ve been very aggressive as a woman and have been able to circumvent the male-dominated industry, but the system that exists in the music industry is definitely not in favor of the female perspective. Unless you’re really able to be either very strident or very beautiful, I think it’s hard for anyone to be paid attention to in the realm of female musicianship.

I know it’s been a long time since you’ve been working in music, but more specifically, do you remember the first time you were discriminated against for your opinion, as a woman in the music industry?

I wouldn’t say it was the first time, but the most enduring frustration I had as a woman musician was when I joined Garbage and I’d been in the music industry at this point for a decade with my former band. I had joined Garbage, and I called up our lawyer to discuss a specific situation with him. He basically refused to discuss the subject matter with me and insisted only upon talking with my male counterparts.

You’ve got me going now…the other situation, we had dual management for a while, and one of the managers couldn’t deal with me. He found me too aggressive, and he decided to approach the whole band in order to solve the situation of me being somewhat difficult to deal with. He proposed that his partner in the management company deal with “the girl,” and he deal with only the male members of the band. Thankfully for me, my band was like, that’s absolutely outrageous and we fired them as a result. The fact that he thought that was a legitimate proposition was shocking to me. It’s crazy. I’ve had my fair share, definitely. I feel like I can take care of myself ultimately. It doesn’t crush my spirit in any way. I notice it, and it annoys me, but I feel like I have the abilities to circumvent all that old-school nonsense. It’s perplexing sometimes.

Oh god, no. We are still such a strange, little entity. We don’t really sound like anybody. We don’t do anything in the way that anybody else seems to, so, no, I don’t feel like we fit in. I feel like fitting in is overrated at this point. I’ve gotten to the point where I don’t even want to fit in—fuck all that shit. I don’t want to be a part of that scene and way of living. I feel like at this point I’m rejecting that. I guess in a way it’s a bit of survivalism. I think I’m fine sitting by myself—right where we are. We’re living in such a homogenized society now—everyone is wearing the same watch and talking on the same cell phones. Everybody feels like they should Botox their foreheads, make money and serve self. I find that whole idea repugnant. That’s so at odds with how I view the world.

‘…When we were at our most successful, I was the most miserable I’ve ever been as a person. I thought I wanted it, but when I got it, I just didn’t find as much value in it as I thought I would.’

That makes sense to me. In 20 years you’ve played a ton of shows, what’s your best touring story?

I don’t know if I have any great stories that I’d ever necessarily share. Touring is such a bizarre way to live. You slowly lose your minds and you lose your center. You don’t know which way is up or down or north or south. I always feel like it’s a bit like going to outer space—when you come back you can’t really articulate what it’s like except that it’s magic. We’ve had so many experiences and toured with so many incredible talents. This whole thing has been a mental adventure. I just know that I find it the most exciting thing I’ve done, and the most selfish, depraved adventure of my life too.

Now looking back on your career, do you still feel intimidated by any specific artists? Or do you not feel that intimidation factor anymore?

Were there any songs off of your debut LP that you hadn’t played in 20 years that you’ve had to play for the “20 Years Queer” tour? What did it feel like to play those songs again?

Well, I thought that it was going to be a lot weirder to get back into rehearsal and play these songs that we wrote 20 years ago. My band was teasing me that I’d need an auto-queue. I started worrying that I wouldn’t be able to remember these songs, but it came together really fast. I’ve been surprised how your muscle memory kicks in and all of the words appear gloriously in front of your eyes. It’s been a surreal experience. You literally feel like you’re Doctor Who and you’re back in 1995. It’s really fucking weird.

‘Everybody feels like they should Botox their foreheads, make money and serve self. I find that whole idea repugnant. That’s so at odds with how I view the world.’

So you guys are working on a new record. Will it sound different to Garbage fans? Is there something you’re doing that you haven’t done before with this record?

I’m weird now, and I say this with every record: it sounds different, but at the end of the day, we always sound like us. We can’t escape the sound we make together—for better or for worse. I’m aware that we don’t really sound like anybody else. I think at this point with the deluge of music we continue to be buried under on a daily basis, that says something. To remain somehow individual in this massive swarm of sound is definitely both wonderful and also inescapable at this point. To us, we have all the nuances of all the records we’ve made, it sounds different, but for those who aren’t as familiar with our records, it probably just sounds like Garbage.

Obviously you’ve had hits over the years like “Stupid Girl” and “Only Happy When It Rains,” the list goes on, do you feel like you need to have a “hit,” so to speak, on your records? Or do you feel like it’s not necessary at this point?

I feel like we can exist as artists regardless of whether or not we have hit records. Of course it would be nice, but I think we came to the realization that unless you’re young or a brand new artist, the vehicles in which to reach your audience become diminished somewhat because there are new artists coming out and they deserve time and attention. We’re part of a lineage and I’m privileged to play a role in that. As long as I get to make music, that’s all that matters to me at this point. The rest I can’t control. I’ve had an incredible run, and I had so many opportunities as a result. I have a wonderful, creative and artistic life, and I’m very grateful for that. That’s how I see it. I think you can exist outside of the mainstream really well. A lot of time when we were at our most successful, I was the most miserable I’ve ever been as a person. I thought I wanted it, but when I got it, I just didn’t find as much value in it as I thought I would. 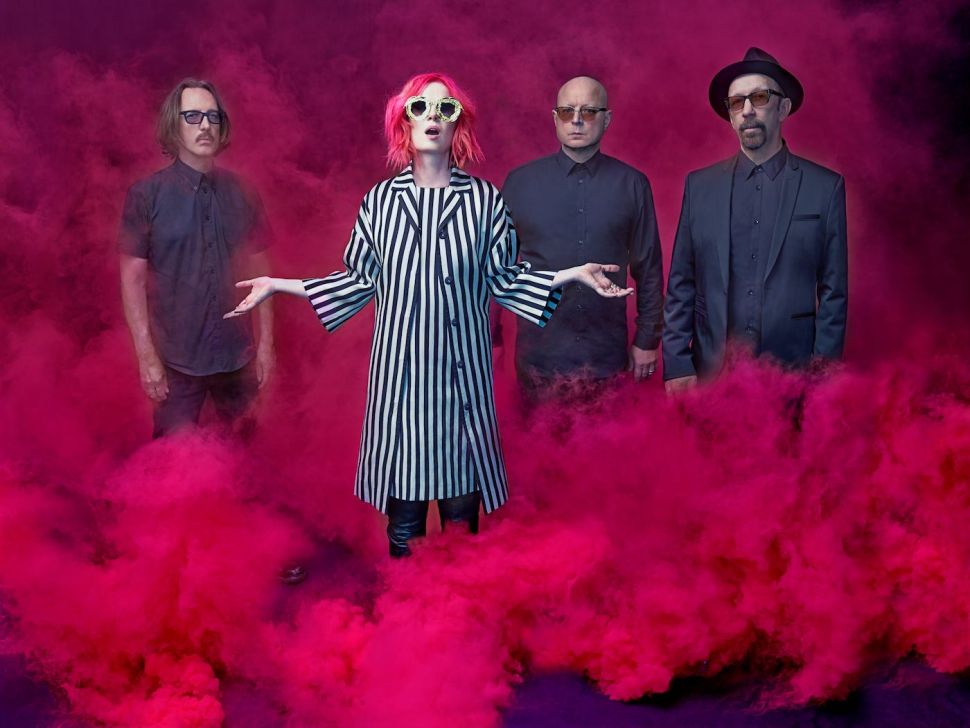