NASA held multiple panels at Kennedy Space Center on the eve of The Martian’s premier to help boost public awareness of the actual human mission to Mars currently in development.

The agency rolled out its top scientists and astronauts along with Mackenzie Davis and Oscar nominee Chiwetel Ejiofor who play supporting roles in the film adaptation of Andy Weir’s acclaimed novel to discuss NASA’s plans and how The Martian holds up to the real mission.

I gathered some of the best answers to the public’s most frequently asked questions on how humanity will find its way to the red planet.

Former Astronaut and Director of Kennedy Space Center Bob Cabana opened the discussion with an assurance that the development for a this mission is currently underway:

“NASA is on a journey to Mars. Already from these shores out here, robotic precursors have launched to the red planet and they are roaming it right now learning and exploring. But right here at Kennedy Space Center from launch pad 39b—right out here, we are preparing to launch humans to Mars. In the Vehicle Assembly Building right behind us, high bay 3 has been totally gutted of all the shuttle infrastructure and we’re putting in the new platforms to support a rocket that’s going to be more capable than the Saturn V—NASA’s Space Launch System. On top of that is going to be the Orion Crew vehicle that’s being built right here at KSC in the Operation and Checkout Building. That is all happening right now. We are preparing to send humans beyond our home planet once again and it is absolutely awesome.”

Mars will help us “back up” the human race.

NASA’s Planetary Science Division Director Jim Green: “We’re explorers. This is a huge step for us. I see several of you with phones and computers in particular. I’m sure you always backup your computers. We actually need a place to back up the human race and I’m serious about this. You know, the dinosaurs didn’t have a space program.”

“We know an enormous amount about our environment and the environment in the solar system. There are, indeed, near-Earth objects that are very large that are going to impact the earth. it’s not a matter of if, it’s a matter of when.”

“In the last 5 billion years there’s been five mass extinctions. If the human race is to survive on this planet we actually have to move. That doesn’t mean we’re all going to go but we’re going to have to be able to backup the human race.”

Jim Green: “Mars looked much more like Earth 3 billion years ago. We know that now. We have a rover down on the ground that made measurements of ancient river and stream beds. In fact, the northern hemisphere of Mars—two-thirds of it was under .” 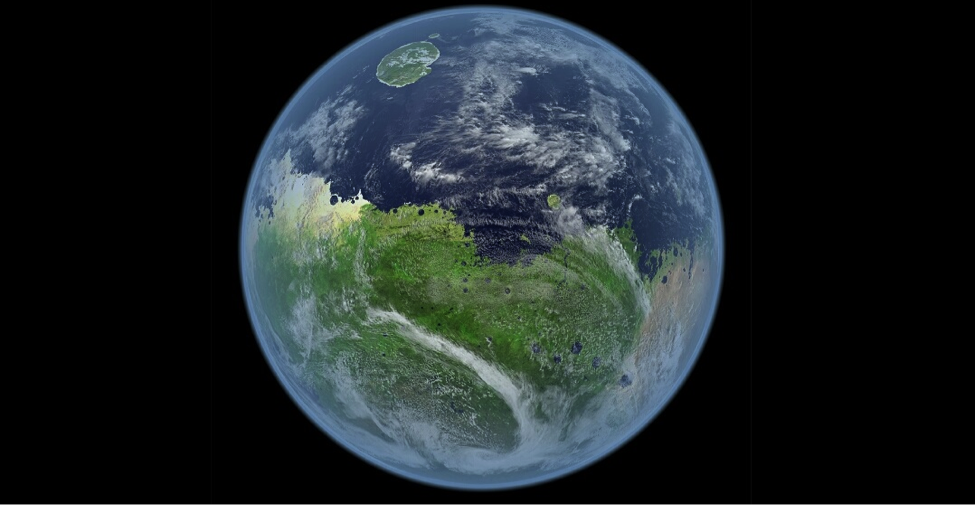 “One of the things we’ve been trying to do is follow the . Where is the ? Where did it go?”

“What we found on Mars is craters that literally weep and we now know that’s made of .”

We’ve been studying Mars for 50 years.

Jim Green: “August of this year marked our 50th anniversary of studying Mars. Our first mission to Mars flew by it and when that happened scientists you’d think would be really joyful but in reality weren’t because the area we saw mostly was cratered and we thought Mars looked more like the moon. It actually set back Mars exploration for many years after that.”

“After our fly-bys we decided we needed orbiters and so in 1969 we started with our orbiters and then we began to realize how complex Mars really is. It has clouds. It has snow. It snows on Mars. The seasons are there. The vistas are unbelievable. It’s got huge canyons.”

“It’s an unbelievably beautiful planet in many different ways and that really changed our opinion of it. And now the more we know about the resources that are there, the more we recognize that this terrestrial planet is most like earth and the one we can go to.”

The trip to Mars is a long one.

Astronaut Scott Kelly’s year in space is crucial for the Mars mission.

Bob Cabana: “Scott Kelly is on the International Space Station now for a year, learning about what is required to keep a human system operating for that length of time. There have been Russians who have flown in space for over a year, but it was a long time ago and the unique thing about having Scott up there is that Scott has an identical twin brother Mark who is down on Earth also participating with Scott. So we’re going to see how microgravity affects Scott for a year in space and be able to compare the true data on Earth.”

Astronauts will have plenty to do in transit to Mars.

Bob Cabana: “The crew on the space station have some free time. They read. They listen to music. A number of astronauts have taken musical instruments along with them. Obviously, on a trip to Mars, storage space is going to be very, very critical. You’re going to have to take a lot of stuff with you and every extra little thing is going to have to serve a purpose. There will be crew health/relaxation items that go along on the trip.”

“Part of the time is just going to be normal maintenance of the vehicle that they are on as they go to Mars. We spend a lot of time just keeping the International Space Station operating, as well as doing science. It’s a full-time job. The crew is going to be actively engaged everyday on that journey.”

“Exercise is going to be extremely important. The crew on the International Space Station has mandatory exercise for two hours a day and it’s aerobic exercise, strength training and running on a treadmill. You need that impact from the treadmill on the bones to help stem the calcium loss—that’s very similar to osteoporosis. After six to eight months in weightlessness, you don’t want to get to Mars and not be able to operate even though the gravity is a third of what it is on Earth. You’re still going to have to be mobile and move around, so you’re going to need that physical fitness training.”

“So there will be exercising, maintaining the vehicle and who knows? They might even have some science experiments that they take along. They will also have some free time to just interact and be normal.”

Bob Cabana: “When Andy Weir wrote the book he initially wrote it online by chapters on a blog and got feedback from engineers and NASA scientists. Everything that he talks about is very plausible.”

“One of my favorite stories is of astronaut Dr. Don Pettit. Don got selected to be an astronaut on his fifth or sixth try. When he was about 10 years old, his brother went to the junkyard and bought an automatic transmission and brought it home for Don to take apart to learn how an automatic transmission worked. That’s the kind of guy Don is. He’s hands-on, really smart, but he also has those tools and skill sets to improvise. That’s what we look for. Folks who can be in a challenging situation.”

NASA chemical engineer Annie Caraccio: “When I was reading the book, I was so excited because it talked about this IRSU module that got dropped down before the crew even arrived and that’s technology that NASA is working on now to develop. And likely, that’s what will happen, so for me to flip the pages and read about something I can relate to in my job to get humans to Mars was awesome. It was a page-turner for me. Another thing I really liked in the book was the frustrations of communication because if you think about the ISS, right now that’s real-time communication, but when we go to Mars that’s going to be a big delay.”

“You’re going to have to have an autonomous crew that can really do a lot on their own so that’s why being hands-on and understanding how to be innovative on your own is going to be so important for that crew.”

“I got to get sent away to ‘fake’ Mars for 120 days on a high-seas mission and we had to simulate living in a Martian environment, which included the communication delay. We had a forty-minute communication delay with everything, including mission support, and I thought that was very well-captured in the book as part of the challenge the crew is going to have to deal with.” 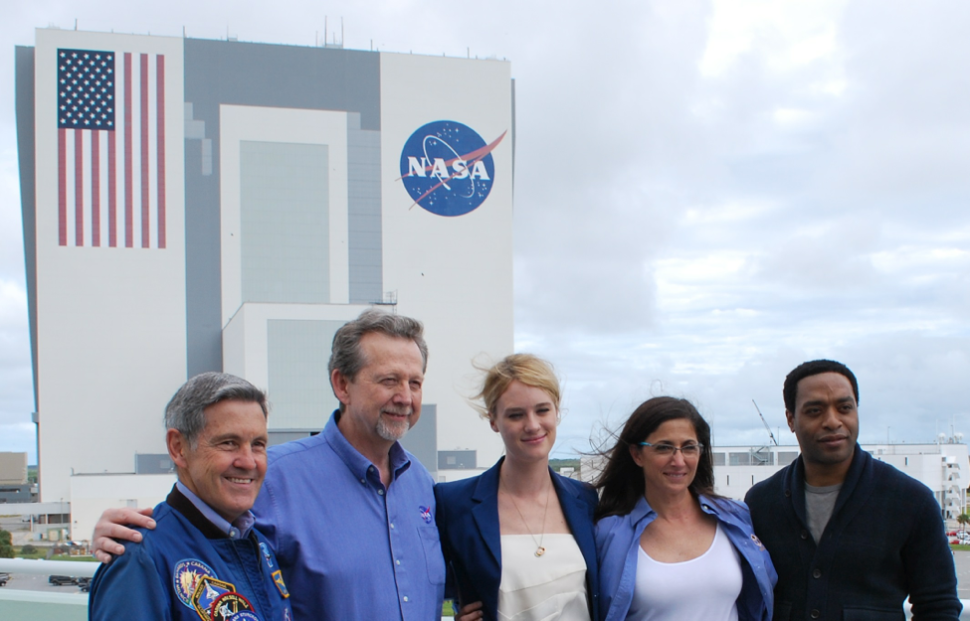