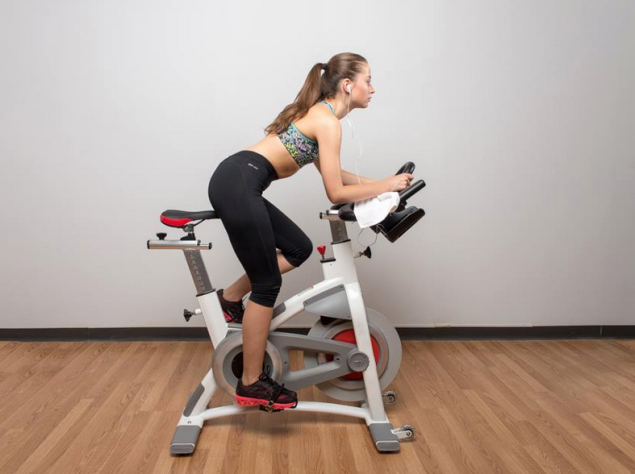 Perhaps one has travel plans, or simply a moral opposition to shelling out $35 for a 45-minute cycling workout. Whatever the case, it is not always possible to get to the spinning studio every day.

Doug Lotz found himself dangerously deprived of his spin class fix when his favorite instructor left his gym, and other options failed to fit his schedule and budget. He tried looking for classes he could download on his phone and bring with him to the gym, but even when he combed the app store—where fitness-focused apps abound—Mr. Lotz could not find anything good that was geared toward indoor cycling.

So he created CycleCast, an app that lets cycling addicts listen to top-quality spinning classes from the comfort of any stationary bike—be it in their apartment, their gym or even a faraway hotel workout room. Once the user’s phone is connected to the Internet via wifi or LTE, all they need to do is open the app, select a trainer, and choose between a 20-, 45- or 60-minute class. In no time, the class, pre-recorded by a professional instructor, will be broadcast through the user’s headphones. 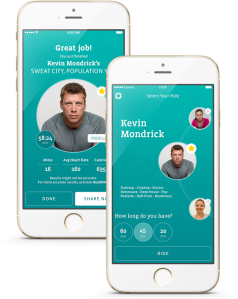 All users need to do is choose their desired trainer and class length. (Photo: Facebook/CycleCast)

“It’s like going to a brick-and-mortar studio,” Mr. Lotz told the Observer, “in that you show up, and the instructor takes care of the rest.”

CycleCast’s classes, set to update on a weekly basis, will be created by a instructors hailing from reputable clubs like BFX, Crank and New York Sports Clubs. Listening to an audio recording of a spin class is not the same as having an instructor pedaling in front you, but according to Mr. Lotz, the best instructors are those who can inspire athletes through voice alone—without having to physically demonstrate moves.

“We believe that the best instructors can teach well off the bike,” he said. “Really, it’s their job to give you smooth and descriptive instructions without having to physically show you on their bike what they’re doing.”

After listening to a CycleCast session, riders can give instructors feedback through the app. “If you need more Katy Perry, you can give the feedback right there,” Mr. Lotz said.

CycleCast may remind some folks of the Peloton Bike, a home stationary bike with an attached screen through which riders can remotely experience live Peloton classes. Like CycleCast, it lets spinners take classes without having to head to a physical indoor cycling studio.

“I think it’s great what they’re doing in the space,” Mr. Lotz said, “but I think CycleCast is more accessible and flexible. It’s much more mobile—you can use it on any bike.”

“Paying $30 a class can be kind of painful for folks,” Mr. Lotz said, referring to today’s top boutique cycling studios. “If you’re a cycling addict and you really need to get your fix, this will provide you that outlet.” 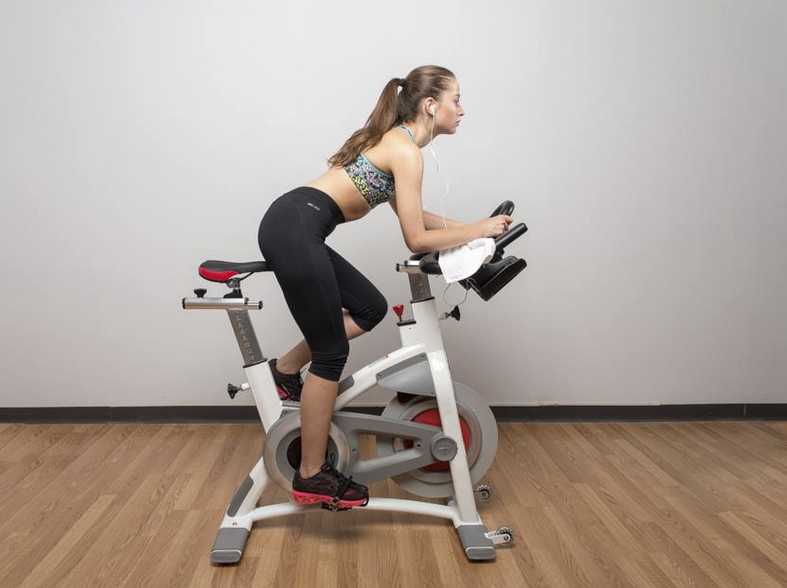