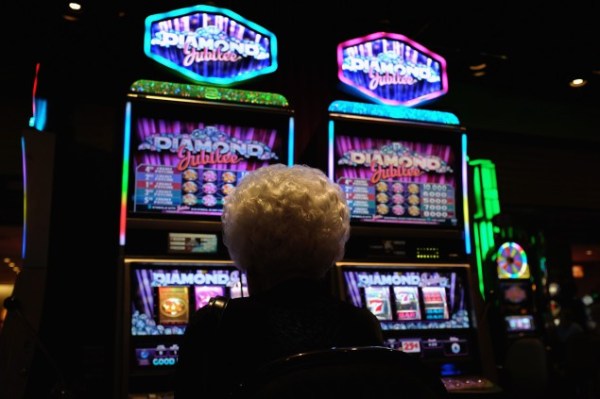 Following comments Thursday in which he called casinos “one of the most destructive things that ever happened to Atlantic City” and predicted similar poor long-term returns for North Jersey if new casinos open in the Meadowlands and Jersey City, experts are joining Atlantic County Executive Dennis Levinson in casting doubt on casinos’ efficacy as urban development tools.

“It seems to me that there are better ways to develop the economy,” said Harrison. “What you see are developers that come in, and they will promise legislators the moon, they’ll promise all kinds of revenue. And legislators want to believe this, that this kind of growth and development can take place for their constituents.”

Harrision pointed to Atlantic City’s Revel and Borgata casinos, both of which saw considerable private-public cooperation with hundreds of millions in subsidies. The Revel was shuttered on September 2, 2014 after a long and high-profile funding and construction. The Borgata posted a profit this year, but has underperformed as a driver for the city-wide economy.

“The growth just simply isn’t forseeable,” she said, saying that North Jersey casinos would face the additional challenge of New York City opening competing casinos in the event that a casino referendum passes across the river.

Harrison went on to say that the heavy initial capital investment may not be worth the returns, and that any consequential growth in well-paying jobs for residents would be limited to short-term construction work.

“When public resources and energies are dedicated to economic development using casinos, there is an opportunity cost involved. And so whether we’re talking about bonding for infrastructure, or whether we’re talking about workforce development grants to train employees, those are priorities and dollars that could be spent in ways that would create more sustainable and better jobs.

“The people who get jobs from casinos are building trades. Those are good jobs, they’re well-paying jobs, and because the building trades support the creation and development of casinos, legislators in both political parties will continue to support them, because the construction itself brings at least temporary jobs to the area.”

Matthew Hale, chair of Seton Hall’s Department of Public and Healthcare Administration, was similarly circumspect about the ability of casinos to turn around cities’ economic fortunes in and of themselves, but offered that in good times casinos “have a reputation for being places where people with not a lot of education, without a lot of training, have the ability to get work.”

Levinson followed up on his comments Friday, saying that he had never meant to disparage the “thousands of lives that depend on Atlantic City’s casinos,” only the industry’s controlling interests and their role in driving down quality of life.

Research bears Levinson’s statements out: one Canadian study found that casual gamblers provide a meager 4% of revenues, with the bulk of profits coming from a small subset of problem gamblers.

The independent Institute for American Values’ Council on Casinos released a report last year in which they suggested casinos, even those targeting higher-income gamblers, contribute to the degeneration of non-gaming businesses by discouraging “high roller” tourists from leaving the grounds and drawing mostly low-earning locals.

“Evidence suggests that the opening of a new regional casino may offer an economic stimulus to distressed communities, but the stimulus fades over time, as the presence of a casino drives out established local businesses and attracts other gambling-linked businesses, such as payday lenders, pawn shops, auto title lenders, and check cashing stores,” said the report.

For its part, the Casino Association of New Jersey issued a statement on the matter.

“The entire Atlantic City gaming industry is extremely disappointed in Atlantic County Executive Dennis Levinson and his disparaging comments about our industry and our employees. All of us in South Jersey have been through challenging times in recent years, but we have come together as a community to collectively adapt and respond.  County Executive Levinson’s comments are not helpful to that effort.

“Atlantic City’s gaming industry has generated more jobs, more investment and more tax revenue, by far, than any other industry in this county over the last 30 years.  As an elected official for the last 15 years, Executive Levinson should be well aware of what our industry has contributed to this community. More importantly, it is particularly offensive to the 30,000 men and women employed in the casinos to have their County Executive condemn the business that they work very hard daily to make successful.  And it is especially unfair for Executive Levinson to directly attack their labor and attach some dishonorable motive to their efforts in promoting local hospitality and customer service.

“The Casino Association of New Jersey believes the record is clear – our industry has had a positive and lasting effect on the local and state economy.  We are proud of the work done each and every day by our team members who continue to graciously welcome millions of guests to Atlantic City each and every year.”