Two candidates in the Ward One race tonight found themselves entangled in debate after Veronica Ovalles lunged at Manny Martinez in an inflammatory Facebook post.

“You need to stop telling my assistant and the people that are working with me ‘to stop wasting their time with Veronica because she’s not going anywhere,'” Ovalles upbraided her rival, an educator in the Paterson Schools System.

“This reminds me of the time when you took my 7 year old son David out his school line up and lunch room to laugh at him with the security guard that works at 75 spruce street and tell my son his mother was not going to make it anywhere,” Ovalles added.

Martinez brushed aside the criticism.

“Unfounded and desperate on her part,” said the School Board Member vying for the seat formerly held by veteran Anthony Davis, who imploded in a bribery scheme.

“I will address all issues, answer any questions and present my platform at the televised debate on October 22nd at City Hall,” Martinez added. “I can’t wait!”

The rivals are seeking to win the seat currently occupied by James E. Staton. The winner will have to run again in May of 2016 for a full, four-year term.

A source close to the contest told PolitickerNJ that Martinez has exhibited a fine work rate on the trail, as most experts see a mano-a-mano between Martinez and businessman Mike Jackson in the four-person race.

By most appearances, it’s been a good couple of weeks for Jackson. After making some racially tinged comments, Alveria Spencer dropped out, erasing another African-American candidate from the competition. Then tonight came the attack from Ovalles on Martinez, potentially keeping them pinned down as Jackson stays out of the fray. But Bernard Jones remains in the race and is a threat to Jackson.

Jackson has consistently made the argument that he has spent more time in Ward 1 then Martinez, but two sources maintain that the educator is running the most visibly well-coordinated campaign on the ground and will excel with his mail-in ballot program as the contest intensifies. 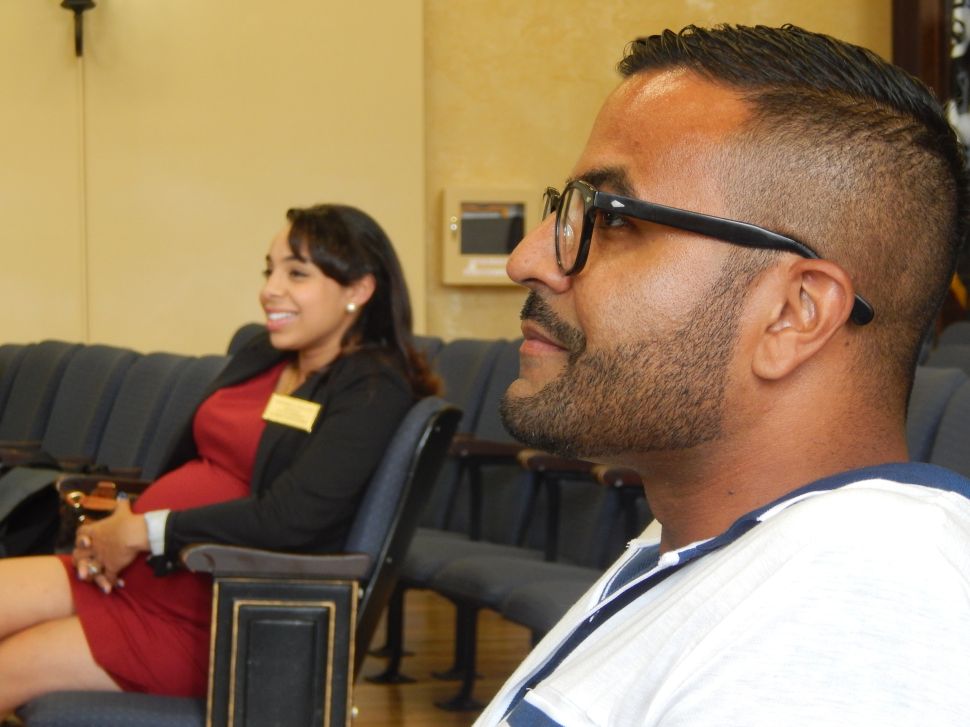