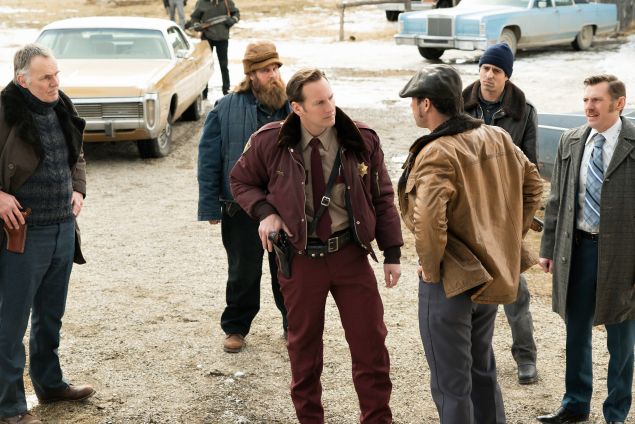 #TVCriticProblems: Quite often a network will send reviewers multiple episodes of a show’s new season in advance. The temptation to binge—especially if the show is good, and Fargo is very, very good—is overwhelming. But I’ve always thought it does a disservice to readers to write about a given week’s episode with knowledge of what’s to come fresh in my brain. Much as it pains me, I almost always* hold off and pace myself, mirroring the average audience member’s experience by watching and writing about one ep at a time.

But here’s how absorbing Fargo is: The moment I finished writing up last week’s episode, I popped this one, “The Myth of Sisyphus,” in the DVD player. What’s the harm, I figured—I’ll just file my review early. But time passed, life and other assignments intervened, and before I knew it another week was upon me. And what does another week mean but another episode of Fargo? So I watched the fourth installment, wrote my review, sent it to my editor…and only then did I realize I’d missed a step. I’m so into this show that I forgot to write about this week’s ep, because all I could think about when the time came was watching next week’s. Fargo is so good it will make you forget your place in the spacetime continuum. How’s that for a pull quote?

Fargo is so good it will make you forget your place in the spacetime continuum. How’s that for a pull quote?

There’s a perfectly rational explanation for much of the show’s second-season allure: old-fashioned showbiz razzle-dazzle. The split-screen sequences it frequently employs to establish each of the players are cinema spectacle of the highest order, pure visual entertainment just like they are in Brian de Palma thrillers or (more to the point, perhaps) Empire over on FX’s sister network Fox. The deep-cut Shazam-able ‘70s soundtrack, too, eschews the usual sonic clichés of the period in a way that’s absolutely thrilling if you’re a music nerd; I have no idea what the Japanese prog jam that played during tonight’s opening sequence was, but I’m psyched to find out. Obviously, attention to both the aural and visual dimensions ought to be a baseline expectation for any show, but it’s pretty goddamn delightful to experience regardless.

Less sensational and more complicated is the way the season is establishing its snowy setting as a battlefield on which different attitudes toward violence are given free rein to fight for supremacy. By now we’ve learned that Lou Solverson is a Vietnam veteran haunted by memories of his experiences, and that his father-in-law Hank Larsson suspects that war’s corrosive effect followed its participants home. This gives Lou’s steely—no, wait, more like cocky—confidence during his faceoffs with hardened hitters like Dodd Gerhardt, Mike Milligan, and the Kitchen Brothers context. It’s not that he isn’t cognizant of the menace these men represent; he’s well aware each and every one of them has killed people. The thing is, so has he, in circumstances over which he ultimately had no control. I get the impression he finds these people’s recourse to violence decadent, in some way—that their choice to live by the gun when they have any number of other options available to them marks them as weak, worthy of respect, even fear, as predators, but not as men. “Forgive me if I should be terrified,” he trolls.

Contrast Lou’s swagger with Floyd Gerhardt’s restraint. Perhaps because murder is, for her, a family business rather than a national mandate, she evaluates the prospects of war with Joe Bulo’s organization like a small business owner contemplating her legacy. “This family has been a peacetime family since Kennedy,” she tells her assembled underbosses, including her surviving sons. “You think we just pick up our guns and it’s High Noon? We’re talking about the Kansas City mafia. They’re like all the sharks in the sea.” Bulo, the industrialist to Floyd’s petit-bourgeois, takes a more cost-benefit-analysis approach: “If the market says kill ‘em, we kill ‘em. If the market says offer more money, we offer more money.”

But the most interesting perspectives on the murder business come from those on the margins, neither decision-makers for organized crime nor the agents of the law directly responsible for bringing them down. These include Ben Schmidt, the Fargo cop who Lou initially sees as an ally, but who’s been cowed into submission by the power of the Gerhardts: “A dead judge, the Gerhardt family, and some hitters from Kansas City in a bag together? I go back to thinkin’ I might be better off confessin’ to the crime myself.” They include Simone Gerhardt, who provides invaluable assistance to her family’s efforts to track down Rye, but gets beaten by her father Dodd for her efforts: “That makin’ you hard?” They include Skip Spring, the hapless typewriter salesman who comes looking for Rye Gerhardt to stave off his pursuers, only to wind up buried alive in hot asphalt: Even though he doesn’t know anything, it’s less of a bother to kill him than to let him go. And they include Mike Milligan, the congenial Kansas City muscle who faces down Lou in the typewriter shop: “It’s the way you’re unfriendly,” he says of the Minnesota cops’ demeanor. “How you’re so polite about it.” Then, his natural accent creeping forward, “Like you’re doin’ me a favor.” All of these people have learned violence is a fact of life, and have adjusted accordingly, or died from the failure to do so. In Fargo’s world, there aren’t any other options. 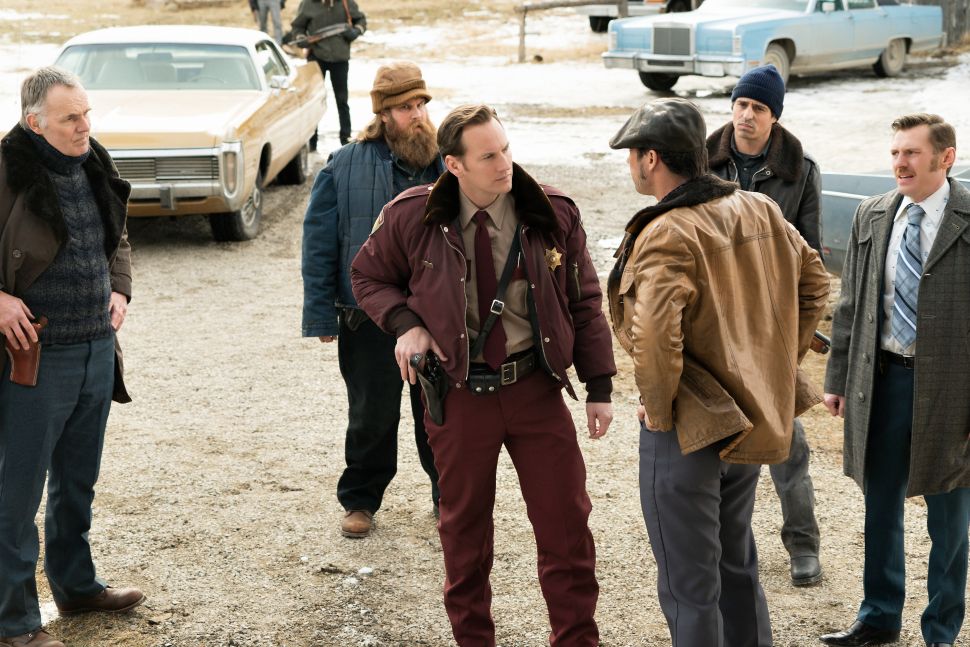