In the twenty minutes that I talked to Warren Littlefield, Executive Producer of Fargo, I learned A LOT of things about season two of the show. Much like the series itself, every morsel was extremely intriguing.

In this season of the anthology series (that is extremely loosely based on the Coen brothers’ 1996 film) there is so much going on that it might seem confusing, but under the guidance of showrunner/writer/director Noah Hawley it’s all tightly wound goodness.

Set in 1979, the featured storyline of these ten episodes is a callback to something Lou Solverson mentioned in season one that he referred to as ‘the Sioux Falls incident.” That cryptic utterance turns out to be an event that involves what feels like a cast of thousands, including the Gerhardt clan, some mafia competitors from Kansas City, an ambitious wife and her obedient husband, and of course, a young Lou, when he was a state trooper. And, that’s just the core group of participants in this twisted tale that highlights some seriously misguided power grabs.

Building on Lou Solverson’s backstory for this prequel appealed to the producers for many reasons, explained Littlefield. “We wanted to explore Lou coming back to Midwest after being in Vietnam and how he thought that it would be this kinder place to be and how he quickly finds out that it isn’t.” Littlefield goes on to reveal, “The deeper we got into year one the more we knew this was the story that we wanted to tell and Noah was excited to explore that world – what Lou was like during that time of his life, what it was like in the household that Molly grew up in, and things like that. Digging into all of that really appealed to us.”

The expanded cast presented a few challenges for the writers, Littlefield admits. “Yeah, we have a much larger canvas this year and it was a bit tricky to service all of the characters and hit all of the points that we wanted to hit, but we really need all of these characters because each one of them serves a very specific purpose in telling this story.”

All of those moving parts will converge in a very interesting manner, swears Littlefield. “We have the Kansas City crime syndicate in a struggle with the Gerhardt family and this couple, Ed and Peggy, get caught in the middle of that while our square jawed hero, Lou, walks through this madness and is our moral compass. It’s all very intricate in that every action by each of these characters has an effect on the others in ways they absolutely don’t foresee and can’t possibly imagine.”

Littlefield says that just as they did in year one, this year the series will ‘kiss into’ the Coen’s form of storytelling; a deft combination of drama, intrigue, and dark comedy, but that the creative team behind the series knows that telling the narrative in this manner is completely unlike that doing it ‘feature-style.’ “We’re far different from the movie in that we’re not inviting the audience into the theater for this one time experience, instead we’re asking them to come back over and over for ten episodes. So, we think of ourselves as a drama first and foremost. We always want our characters and our story to feel real …and then some crazy shit happens. Then the laughter comes because maybe you’re uncomfortable or you just have to laugh at the absurdity of the moment. We really set out to find that precise mixture of drama and comedy that works in this narrative, and I really think we’ve done that this season.”

Along with the tone of the narrative, Littlefield explained that the look of the series had to be just right too. Helping to accomplish that was some equipment that fit right in with the era. “We used state of the art digital cameras to shoot the series,” says Littlefield, “but the lenses we acquired to put on those cameras are from the ‘70s. That little trick of technology helped to inform the overall piece. It looks like it was actually made in the ‘70s and we think that really helps people get into it that much more.”

A surprising discovery in the editing process also added to the time period feel of the series, confessed Littlefield. “That’s where we found the tool of using the multiple windows on screen. Right off the bat we saw that doing that helps to track who’s where and what’s going on, and that it looks it’s very appropriate for the era as well. It helps to avoid confusion and it works cinematically, so finding that technique was a win for us in every way. We didn’t anticipate doing it this way, but it really works.”

While Littlefield and his team were incredibly happy with their cast this season — which seems positively jam-packed with stars — including Ted Danson, Patrick Wilson, Kirsten Dunst, Jesse Plemons, Jean Smart, Brad Garrett, Nick Offerman and Jeffrey Donovan, he laughs a little as he admits that there was one ‘character’ that really gave everyone a hard time and created some strenuous working conditions.

“One of the continuing characters of Fargo is winter and this year we didn’t have the winter that we expected in Calgary. They called it ‘the yo-yo winter’ there. One day it would be 20 below and then two days later it was balmy out. This might not seem that terrible, but to us the cold helps inform both physically and emotionally how we present our characters.” Littlefield clarifies this, saying, “In the narrative, all of these people are bundled up and wrapped tightly and we present dramatic elements that unravel them and expose them. That’s a big part of the story so getting it right was really important to us. This year, because of mother nature or global warming or whatever, it took a lot of extra effort to make that part work. We ended up bringing truckloads of snow down from the mountains and rigging up other ways to get the amount of cold and snow that we wanted so that viewers feel it the way we want them to.”

Another element that Littlefield says is challenging with an anthology series is the lack of foundation to build on. “What’s happening is we’re making a unique ten hour movie each time we do a new season of Fargo, so we’re not able to use the chemistry of cast from a previous year, we’re not able to keep an existing storyline going, everything is all new. So, we basically collectively jump off a cliff and hope that all of our instincts – in storytelling, in casting, in everything — all come together in a satisfying way. That’s not particularly easy, but we worked at it and the finished product is as we wanted it and we think people will like it.”

While making this season of Fargo may have not been easy for the production team, Littlefield is right in that the end result shows that the work that went into this endeavor was clearly worth it. Given the content and direction of the first four episodes (made available to the media), this creative team has established a unique world with extremely distinctive characters caught up in a perverse tale that dexterously juxtaposes sinister drama with covert comedy.

In a time when there is just too much TV for anyone to fully invest in all of it, hard choices about how to spend one’s time have to be made. This shouldn’t be a difficult choice for anyone. This season of Fargo is well worth such an investment. 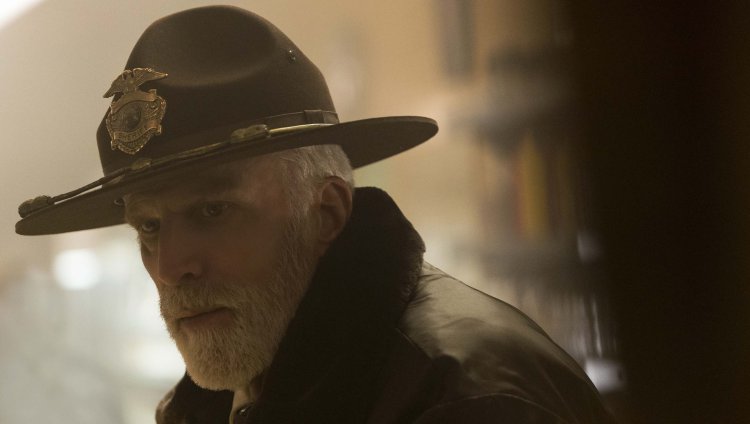