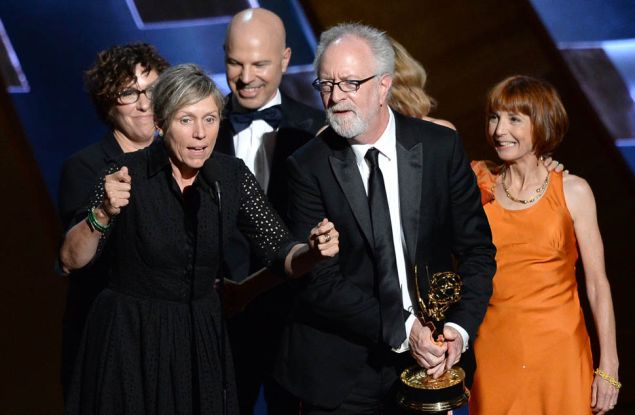 Somebody pinch me, I must be having that Olive Kitteridge dream again: it finally looks like Hollywood has taken note of the hot new “trend” of letting ladies create and direct their own television programs! My word.

Last month Amazon–still raking in awards hand over fist for Transparent–announced its new batch of shows for its second round of a “pilot season,” and literally half the shows are being directed by a woman. Fifty percent have also been created by a woman, which is even more rare: while Modern Family served up a win for director Gail Mancuso at the 2014 Emmys, the show was still created by Christopher Lloyd and Steven Levitan and is executive produced by not two but ten men. That meant a lot of testosterone on stage when the show won for Best Comedy that same year.

Compare that image to Amazon’s gambit (where viewers, not execs, decide on which pilots are produced into a longer series) with One Mississippi, a semi-fictionalized Tig Notaro vehicle that was created by the comedian and director Diablo Cody. (Louis CK is an executive producer on the show, though the pilot’s EP is Nicole Holofcener.) There’s Good Girls Revolt, about female magazine researchers, which stars Anna Camp, Joy Bryant and Grace Gummer (as Nora Ephron!). Created by certified lady Dana Calvo and directed by Liza Johnson, the pilot is executive produced by Lynda Obst and Darlene Hunt. Also on the docket is Z—the Christina Ricci vehicle about Zelda Fitzgerald, written by Dawn Prestwich and Nicole Yorkin—and Highston, about famous imaginary friends and written by Little Miss Sunshine creators Valerie Faris and Jonathan Dayton.

Meanwhile over at FOX, writer and director Gina Prince-Bythewood (Love and Basketball) is developing a new female-driven drama about a black cop who kills a white teenager. (Twist! And also…has this ever happened?) ABC has acquired the rights to Conviction, created by the confusingly-named duo of Liz Friedman (Elementary, Marvel’s Jessica Jones) and Liz Friedlander (The Following), who will be writing and directing the pilot, respectively. It’s a procedural, and involves forensics, but the twist here is that the show’s protagonist, a “brilliant but rebellious daughter of a Clinton-like political family,” works in a unit tasked to create credible doubt in cases with the possibility of wrong convictions. (Oh, I get the title now!)

NBC and ABC are both developing pilots produced by Amy Poehler’s company, Paper Kite Prods: Jordan Roter’s Aunt Jill and Nisha Ganatra Pre-Madonna. (Oh, I get the title now!) Considering the success of Broad City, betting on Poehler’s EP abilities to showcase emerging female voices in television is a no-brainer.

This is all good news, considering the large impact the gender of executive producers has on a show: the Center for the Study of Women in Television and Film found in a recent study that shows with at least one female executive producer have writers rooms with women taking up 32 percent the slots; whereas productions helmed by an all-male exec team have a mere 6 percent.

Of course, it’s not all good news: there’s been a 5 percent drop in female executives on shows in the 2014-2015 TV season versus the previous year. Yikes. Or as Olive Kitteridge would say, “I’m waiting for the dog to die so I can shoot myself.” 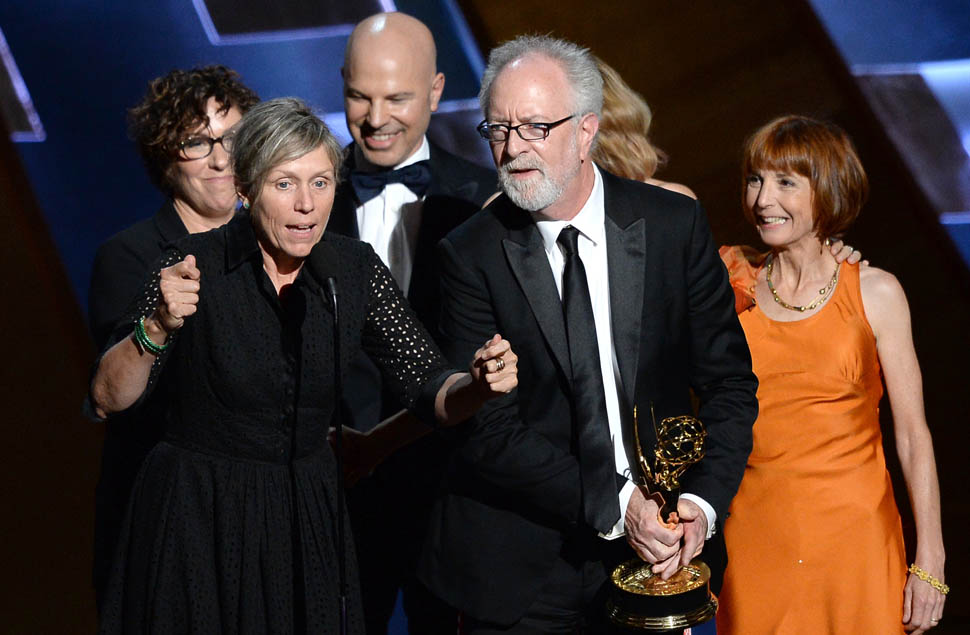