“There are two things that are important in politics,” Mr. Hanna observed in 1895, the year before he helped Mr. McKinley ride a tidal wave of greenbacks into the White House. “The first is money, and I can’t remember what the second one is.”

The recent decisions by Gov. Scott Walker (R-Wis.) and former Gov. Rick Perry (R-Texas) to end their presidential campaigns provided dramatic testimony to the continued validity of Mr. Hanna’s thesis. When word began trickling out in August that Mr. Perry could no longer afford to pay his staffers, his formal departure from the race followed a month later. Shortly after, news broke that some of Mr. Walker’s vendors were nervously inquiring about the status of their invoices, the Wisconsin governor packed it in within a week’s time. The Wall Street Journal reported on September 24 that Mr. Walker, in a conference call with donors, explicitly cited “sagging fundraising fortunes” as the reason for his withdrawal.

In short, if you want to make an educated guess about the next candidates to be thinned from the herd, just follow the money. If anybody else is going to drop out before the Iowa caucuses, it will probably be because it is extremely difficult to run for president when one can no longer pay staffers or vendors, or buy advertising.

As Mark Hanna told us in no uncertain terms 120 years ago, the lifeblood of politics is not red, but green.

It is through this prism we should look at the third quarter. Based on those numbers, as reported Thursday by Politico, here is a list of cash-strapped candidates who, like Governors Perry and Walker, may be voted off the island before any votes actually take place. This list identifies six candidates who reportedly have less than $500,000 in the bank, ranked in order of least to most cash on hand. (The lone exception is Republican frontrunner Donald Trump, who reportedly has just a little over $250,000 in his campaign account but has personal wealth that his opponents can’t match, not to mention extremely high name recognition. If Mr. Trump drops out at some point, it won’t be because of money).

Former Gov. George Pataki (R-NY)—Mr. Pataki’s raison d’etre for even being in the race remains unclear, as he is clearly much more of a political moderate than his party’s voters seem willing to accept. The Republican fundraising crowd seems to share this assessment, as he currently has less than $14,000 on hand.

Former Gov. Jim Gilmore (R-VA), who has not even been able to make the debates due to his sub-1 percent polling numbers, barely raised more than $100,000 in the third quarter and only has $34,000 on hand.

Former Sen. Rick Santorum (R-PA)—Mr. Santorum has not been able to get any traction whatsoever, either in the polls or, more importantly, on the fundraising circuit. A darling of social conservatives, he appears to have been hurt by the candidacy of former Gov. Mike Huckabee (R-Ark.), who has stolen his thunder among evangelicals. He currently has only a little more than $225,000 on hand, which is clearly a disadvantageous position in terms of his long-term viability. He is among the most imperiled Republicans, despite the fact that he was the last challenger standing against Mitt Romney in the 2012 GOP nominating contest. That said, Mr. Santorum only stayed financially viable as long as he did because of large donations from one wealthy donor (more on this later), and by the time the field had narrowed to him and Mr. Romney, it was clear that the race was over.

Gov. Bobby Jindal (R-LA)—A Rhodes scholar and person of color, in a party needing an infusion of diversity, was once thought to be a rising star, but it seems clear Mr. Jindal’s star has fallen. He certainly hasn’t been able to rack up the kinds of fundraising dollars that would elevate him to contender status. He currently has only $260,000 on hand after raising less than $600,000 in the third quarter.

Former Gov. Lincoln Chafee (D-RI)—While Mr. Chafee’s political evolution may be an interesting backstory, as a former Republican Senator and independent-turned-Democratic governor, his lack of charisma or distinguishing political platform has kept him riding low in the polls and in the all-important money primary. Mr. Chafee currently has less than $285,000 on hand after raising just slightly more than $15,000 in the third quarter (while spending nearly four times that amount). His vote against the Iraq war, which seems to be the central selling point of his campaign, was unique among Republican Senators when he was a Republican Senator, but not so much among Democrats.

Former Sen. Jim Webb (D-VA)—Much like Mr. Pataki on the GOP side, Mr. Webb is out of touch with his own party’s voters on some key issues; the former Virginia Senator’s economic populism has not been enough to overcome his more moderate positions on social issues. Democratic funders have not opened their checkbooks, and Mr. Webb currently has less than $320,000 in the bank.

As always in the prognostication business, a number of caveats apply. Those who followed the 2008 campaign might remember Sen. John McCain (R-Ariz.) traveling alone, or with a single staffer, and carrying his own baggage, before turning his fortunes around with a win in New Hampshire. By all accounts, Gov. John Kasich (R-Ohio) is banking on just such a strategy and seems to be going all-in on the early contests in Iowa and New Hampshire. Time will tell whether it pays off. Additionally, there is always the potential that some moneyed “angel” may swoop in with a few million dollars and keep one or more struggling candidates afloat, as growth-stock magnate Foster Friess did for Mr. Santorum in 2012.

But—especially on the Republican side, given the fragmented field—it seems likely that anybody who has the financial wherewithal will stay in, even if that candidate currently does not have much polling support, because the potential exists to advance by just staying afloat. If one or more of the main contenders implodes due to some sort of scandal or other unforeseen issues, even a candidate who looks like an also-ran today can move up very quickly.

The only sure thing that can force a candidate out of the race at this point is if the fundraising spigot dries up to the point where the bills cannot be paid. As Mark Hanna told us in no uncertain terms 120 years ago, the lifeblood of politics is not red, but green. 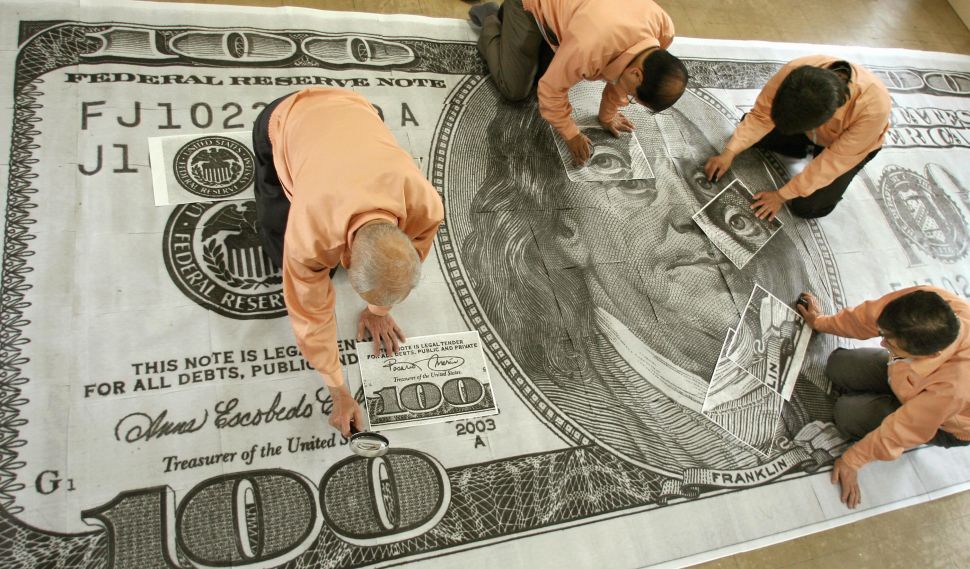