Flu season is upon us again. So, too, is the fall/winter fundraising season, with glittery gala events heating up evenings like a fever across the city. Both spread rapidly, affecting friends and business associates with equal vigor and forcing otherwise engaged New Yorkers to put their responsibilities on hold. You’ll have to take your medicine to get through them: Theraflu for the former, cocktails and “benefit chicken” for the latter. But assuming you survive you’ll feel better—and better about yourself—in the end. While we can’t schedule a doctor’s appointment for you, we can suggest some fundraising galas not to miss in the coming months.

John Lennon had plenty to sing about heaven, countries and possessions, but he never quite got around to mentioning the big one. The Anti-Defamation League will imagine “a world without hate” at its ninth annual Imagine Gala, with investor Daniel Michalow, managing director at D. E. Shaw & Co., honored and DJ Danga keeping things upbeat.

Keep a Child Alive, Black Ball XII: This philanthropist is on fire

The 12th annual gala of Keep a Child Alive, the nonprofit that Alicia Keys founded to support children and families affected by AIDS in Africa and India, is sure to be celebrity-studded with the Grammy-winning actress and singer as host and musical director, and Chris Rock as emcee. In previous years, Sean “Puffy” Combs and Boy George have entertained, so expect a big name to headline.

The Humane Society of the United States, To the Rescue!: Sit. Roll over. Donate.

There will be vegan on the menu, Mexican guitar in the air and actress Alexandra Wentworth on microphone at this year’s To the Rescue! fundraiser benefitting the Humane Society of the United States. The sixth annual gala will support animals in need from puppy mills, dog fighting, neglect and natural disasters.

Imagine the tussles for elbowroom à la table at Citymeals-on-Wheels 29th annual invitation-only fundraiser. Some 400 of NYC’s leading women in business, art, politics and entertainment will network through the event, co-conceived by critic Gael Greeneand hosted by Norah O’Donnell of CBS This Morning. If you’re female and the Power Lunch Committee approves, you’re in. If you’re male, and “allowed the privilege,” admission costs $10,000.

UNICEF Snowflake Ball: A one of a kind

Following the lighting of the UNICEF Snowflake at 57th Street and Fifth Avenue, the 11th annual UNICEF Snowflake Ball will see dazzling decor by HGTV star Vern Yip, menu by Marcus Samuelsson and entertainment by Grammy-winner Pink. Among many honors, current Goodwill Ambassador Orlando Bloom will receive the Audrey Hepburn Humanitarian Award for his efforts on behalf of the world’s most vulnerable children.

Almost eight years after its namesake’s retirement, the acclaimed fashion house Valentino will be honored at Lincoln Center’s third annual Fashion Gala, with creative directors Maria Grazia Chiuri and Pierpaolo Piccioli on hand to soak up the love. No Valentino in your closet? The Fifth Avenue flagship boutique is open daily till 6 p.m., Thursdays till 7 p.m. and Sundays till 5 p.m.

One is now the last of the “Big Six” of the civil rights movement. The other is the first openly gay CEO in the Fortune 500. John Lewis and Tim Cook will be honored as “Ripples of Hope” by this nonprofit dedicated to furthering the vision and spirit of an American icon whose tragic end came too soon.


A ball will drop somewhere in Manhattan at the stroke of midnight on New Year’s Eve, but with the Metropolitan Opera’s first production of Bizet’s Les Pêcheurs de Perles starring soprano Diana Damrau in your ears, you really won’t notice. Dinner and dancing are scheduled on the Grand Tier after the “gorgeous opera of lust and longing,” and all proceeds will go to keep the productions coming.

Everybody wins on Opening Night of the 62nd annual Winter Antique Show, especially the South Bronx, where sole beneficiary East Side House Settlement works to bolster the public school system and place college within reach of motivated students. Along with cocktails and hors d’oeuvres, attendees get a pre-public preview of objects such as Two Related “Dexter” Running Horse Weathervanes (c. 1860-80) and an Original Noah’s Ark Toy with over 200 animals (c. 1875). Arie L. Kopelman, Lucinda C. Ballard and Michael R. Lynch co-chair the event.

The Audubon Winter Gala: A worthy recipient of your nest egg

It may be a jungle out there, but the National Audubon Society’s annual gala will be an “Urban Oasis,” with assorted “bird-themed” excitement leading up to hedge fund manager Paul Tudor Jones’ receipt of the Audubon Medal for outstanding achievement. Expect bright lights to dot the crowd, as former attendees have included Bette Midler, Uma Thurman and Mike Bloomberg.

New York Philharmonic Chinese New Year Concert and Gala: May I have this dragon dance?

Lovers of Chinese culture will be in 天堂 as the New York Philharmonic rings in the year of the Monkey with music and festivities. Sandwiched between cocktails and dinner will be the N.Y. premiere of Tan Dun’s Nu Shu: The Secret Songs of Women with principal harp Nancy Allen as soloist and “micro films” from the composer’s field recordings; Long Yu, music director of the China Philharmonic and Guangzhou Symphony, will conduct.

Feeling underdressed? Join the Cupid’s Undie Run to raise funds for the Children’s Tumor Foundation’s fight against neurofibromatosis. Focus your training on fundraising, not fitness: the run is a mile, but it takes $250 to earn “open-bar status” on race day. 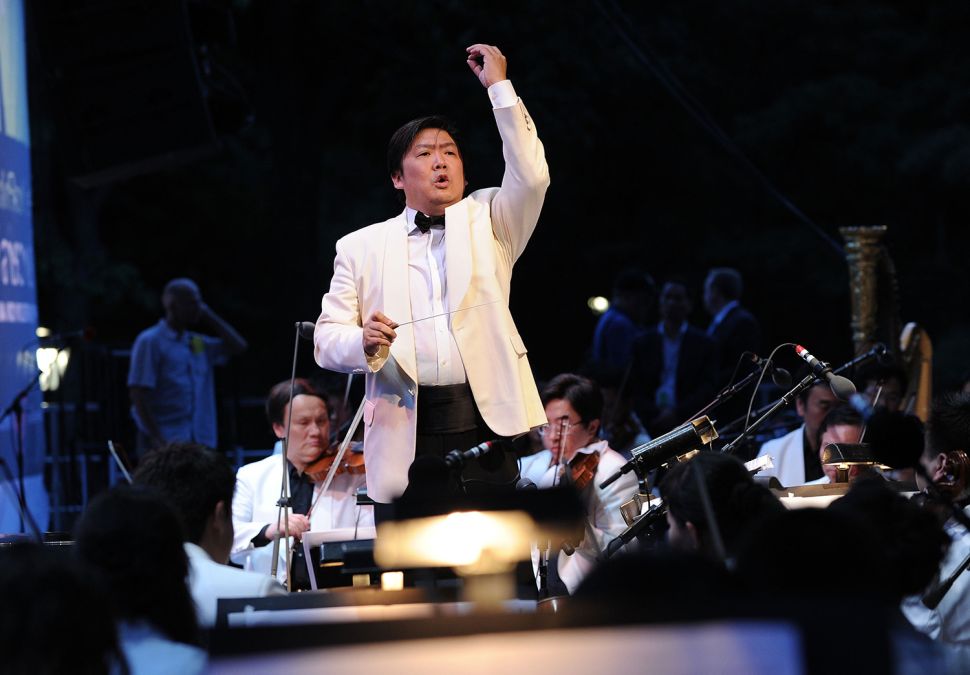