And by that, I mean she confirmed Baskets is going to be really, really weird. Weird enough to confuse the hell out of FX’s president.

The story came while Ms. Breard discussed the early days of Louie, when FX executives were unsure about a series written, directed and edited by one person, and seemed to be about nothing more than an incredibly sad, confused man living in New York.

“Louie was a very unique situation because it’s a show about one guy, written by one guy who directs and writes every episode, then he edits every episode. We had no idea there’d be a season two,” Mrs. Breard said. “The show was just so weird. For me, my job was to protect him and really to keep my arms around his process so that he could find what he was trying to say. Then we got a pick up for season 2, and the show really grew. But initially FX didn’t know what it was, but it was so cheap they were like ‘Alright, we’ll do it again.’”

The rest is history, however, with Louie eventually becoming one of FX’s flagship shows. Apparently, though, Ms. Breard is back to square one with the Galifianakis comedy.

“It’s like, we’re producing another show called Baskets with Zach Galifianakiswhere he plays a rodeo clown. [FX President and General Manager] John Landgraf called me and said ‘I don’t know what this show is, at all. The dailies are bananas.’” Ms. Breard said. “It’s just so weird, and beautiful. And now season two of that show is going to be ‘Well now what the hell do we do?’ We’re lucky because FX is really giving us room to find the show.”

Ms. Breard couldn’t help but laugh when she added, “Because [Baskets] is a show that is definitely being found every day.” 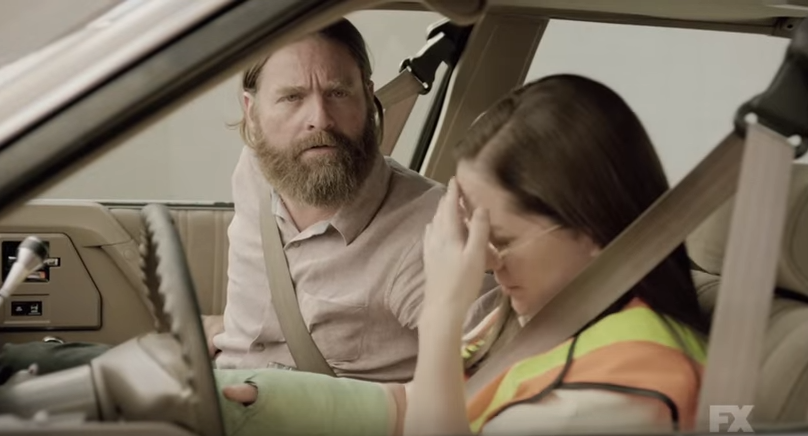