It looks like the entire extended Soros family is ditching the townhouse life.

When you’re the daughter of billionaire George Soros, it’s difficult to imagine needing to augment your inheritance in any way. But philanthropist Andrea Soros Colombel has done just that, selling her 8,500-square-foot Greenwich Village townhouse for exactly $20 million, nearly doubling her money.

The billionaire investor’s daughter and her husband, Eric Colombel, purchased the townhouse at 10 West 10th Street in 2006, paying a then-record $11.5 million. The 26-foot-wide home has since undergone a quite beautifully executed renovation; CORE’s Shaun Osher previously told the Times that the couple redid the garden-level kitchen and an “opulent paneled library/den.”

The new owners of the 21-room Greek Revival townhouse are 10 West 10th Street Associates, LLC and 10 Greenwich Village Associates, LLC, per public record. Not giving us too much to work with here—a Kristen Koenigsbauer of Pennsylvania signed the paperwork.

Other highlights of the seven-bedroom, eight-bath abode include at least two terraces, three wood-burning fireplaces, an elevator, and a full fitness center with a ballet barre, as well as a sauna and steam shower.

In 2014, when it asking $24.75 million, Mr. Osher, who shared the listing with Emily Beare, said that “it’s back on the market, but it’s not like they have to sell it…I priced this to sell, but not to give it away.”

Well, it wasn’t exactly given away, but from the original price tag attached in 2012 of nearly $30 million, the asking price did get quite a haircut. And at least the Soros-Colombels don’t need the extra $10 million to make ends meet. 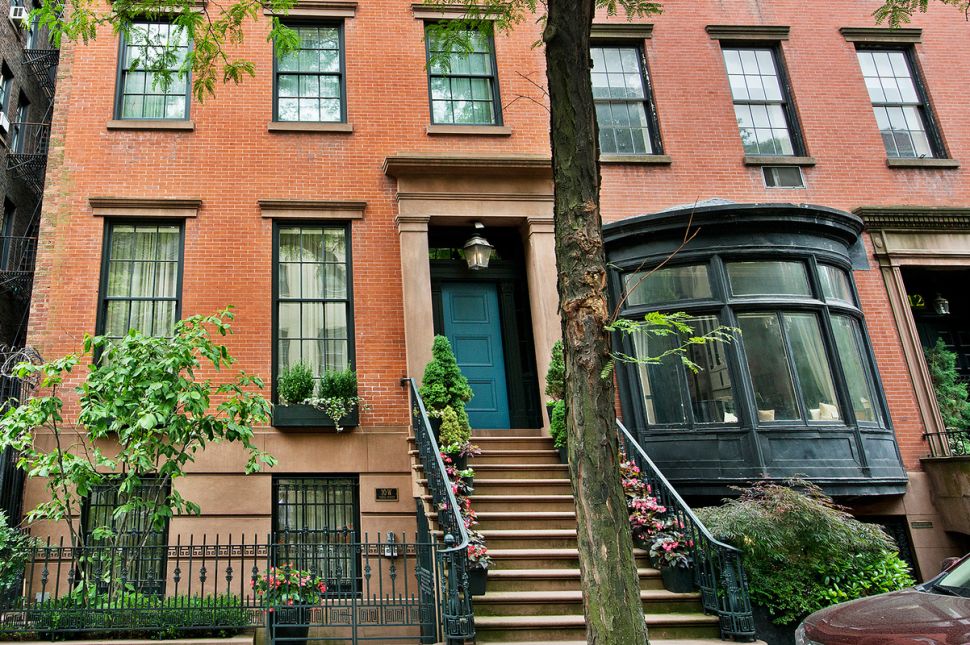