“What Topaz has done is amazing,” Ms. Chapman said of Ms. Page-Green, who started the charity to help townships in her native South Africa. “It takes a lot of courage and a lot of hard work to launch a charity. She’s such an amazing person, and such a great girl with a wonderful spirit, and a passionate energy about what she does. She’s good at scheduling too, but doesn’t make it feel like that.”  Ms. Chapman was just one of a storm of notable guests who arrived in rapid succession for cocktails and dinner at the newly opened eponymous eatery by Chef Gabriel Kreuther.

Along with preparing the evening’s meal for 75 guests, Chef Kreuther served as a co-chair for the evening too. He was joined on the board by Aimee Mullins, Jordan Wolfson, Joaquin Phoenix, who was unable to attend thanks to a last minute cold, and Ms. Page-Green’s longtime friend, Liv Tyler.

“Topaz is one of my oldest girlfriends, and I love her very much,” Liv Tyler cooed. “It’s like going to high school with someone, and them saying, ‘I want to build schools for children in South Africa where I grew up, and make sure they all have healthy meals.’ To hear them say that, and then they actually do it, you’re like ‘Wow!’ Then they have all of these incredible people show up and support them. It’s beautiful.” The two met when they were in their early twenties, though Ms. Tyler declined to say how or where they first intersected. “We met when we were probably 22 or 23,” she said with a smirk, “Now I’m much older than that.”

The woman at the center of it all was, of course, Topaz Page-Green, who fielded kisses and congratulations on 10 years of success in running The Lunchbox Fund. “I think at this point we’ve had some practice,” she said of the intimate evening that went off without a hitch. “People are here because they want to be here, and that’s a good feeling. They’re not just dragging themselves to do something. It makes for a happy festive night.”

During the dinner, which consisted of a four-course tasting menu paired with wine from the Setellenbosch region of South Africa (although Billy Crudup opted for a Peroni), the humanitarian hostess sat alongside Mickey Sumner and Ms. Sumner’s father, Sting. Despite the celeb-packed room, Ms. Page-Green’s mind was set on her cause. “A township in the U.S. is a small area. In South Africa it’s a place designated for non-white people during the apartheid,” she explained of her homeland. “Being in those areas, and experiencing visceral poverty, and seeing kids who don’t have a very basic thing, which is something to eat, it wasn’t something I could walk away from. I think I’m naturally a mama at heart. I don’t have kids yet, but it’s not something that I could walk away from at all.” 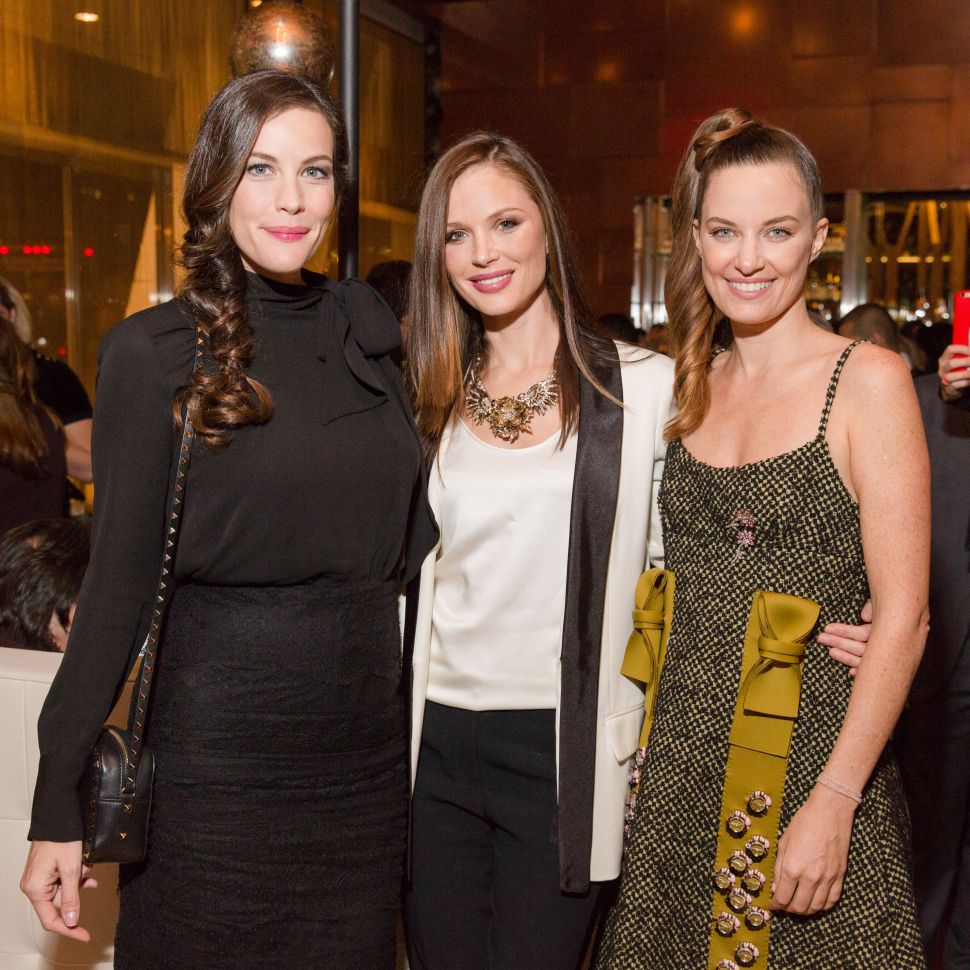