In my slightly disreputable alter ego as gossip columnist “La Cieca” for the opera blog parterre.com, I was startled to receive an unusual email tip last Wednesday. It read, merely, “Gotham Chamber closing.” Now, this was coming from one of my most reliable insider sources, and yet the news sounded so utterly unlikely, I set it on the backburner pending further confirmation. That just couldn’t be right.

And yet, it could. Less than 24 hours later came an official announcement via the opera company’s longtime publicist, Michelle Tabnick: “Gotham Chamber Opera is ceasing operations and will be closing. The board of directors of Gotham Chamber Opera voted today to shut down the organization.”

Along with every other music journalist in New York, I was blindsided by this news. If ever there was a company that appeared the picture of fiscal and artistic good health, it was Gotham.

Just last April, the company had announced an ambitious season for 2015-16, including the U.S. premiere of Alessandro Stradella’s 1675 rarity San Giovanni Battista and a new opera, Charlie Parker’s Yardbird, based on the life of the legendary “father of bebop,” set to feature Metropolitan Opera stars Lawrence Brownlee and Angela Brown in leading roles.

The reason for the closing seems depressingly banal: the company’s incoming executive director, Edward Barnes, “uncovered a significant deficit that was not previously disclosed to the board,” according to Ms. Tabnick. And so, for the want of a few hundred thousand dollars, a company that had in the past 15 years become a mini-institution in the New York arts scene shut its doors.

Up until this blockbuster announcement, Gotham never seemed to put a foot wrong.

This closing is the sort of seismic event that leaves you questioning all your beliefs about how opera should be produced, because—up until this blockbuster announcement—Gotham never seemed to put a foot wrong. The group’s mission, for 15 seasons in the hands of artistic director and conductor Neal Goren, was clearly defined: find smaller, gentler operas off the beaten path of the standard repertoire, and then present them with a combination of meticulous musicality and dramatic flair.

That standard was set from the group’s first season back in 2001, with a presentation of Mozart’s allegory Il Sogno di Scipione. For this high-minded piece about a Roman general who dreams of gods and heroes urging him on to glory, director Christopher Alden devised a snarky scenario about a burnt-out yuppie too exhausted to get out of bed in the morning. But what most impressed was the group of singers Mr. Goren coaxed into learning and performing some of Mozart’s most dauntingly ornate music—in particular the tenor Robert McPherson, who topped off Scipione’s toughest aria of all with a series of martial arts kicks and lunges before heading off to work for the day, a literal desk warrior.

Gotham weathered the post-9/11 slump far better than most, consistently turning out two, then three programs every season. The company experimented with site-specific presentations, offering, for instance, Haydn’s Il Mondo della Luna, a farce about a miser bamboozled into thinking he’s gone on a trip to the moon, in the Hayden Planetarium at the American Museum of Natural History. Later, Cavalli’s Eliogabalo, about a decadent Roman emperor, invaded downtown burlesque club The Box.

If I had to choose one Gotham presentation to remember them by, that would be El Gato con Botas, a brief, tart retelling of the Puss in Boots legend with music by Xavier Montsalvatge. In this airy, whimsical production by Moisés Kaufman, opera singers interacted with giant puppets with no trace of self-consciousness or coyness. It was that rarest of spectacles, a children’s show that adults could enjoy without condescension.

The 2010 production was revived in the winter of 2014, which seemed to signal that Gotham had found itself a “holiday” show; a budget-friendly alternative to the endless Nutcracker productions kids gets dragged to year after year.

But now it looks like El Gato isn’t coming back this winter, or any winter. And New York’s opera fans are reeling at the loss of Gotham Chamber Opera like children who’ve just been told there is no Santa Claus. 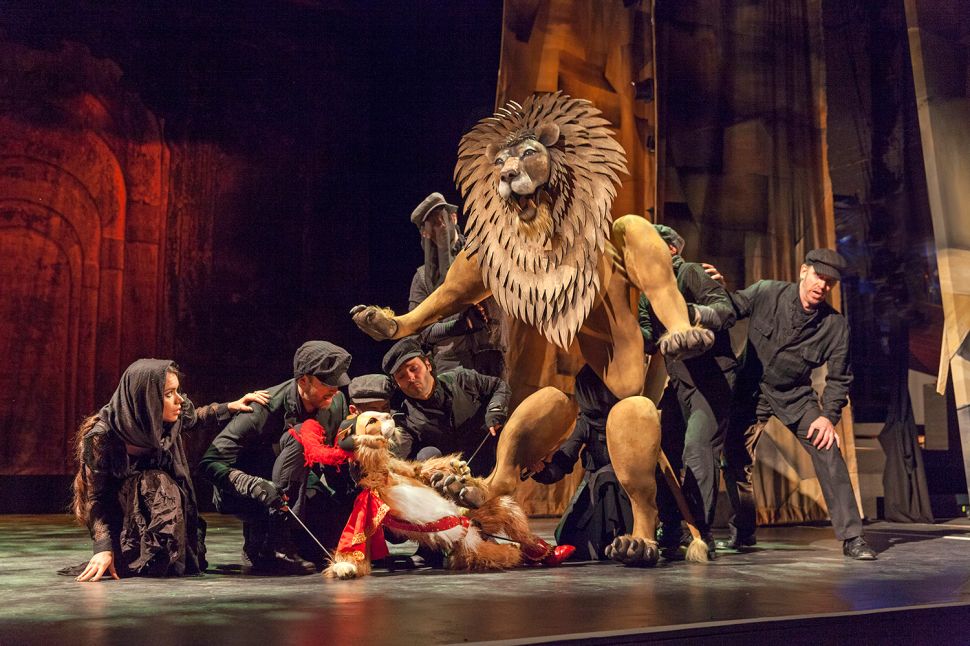