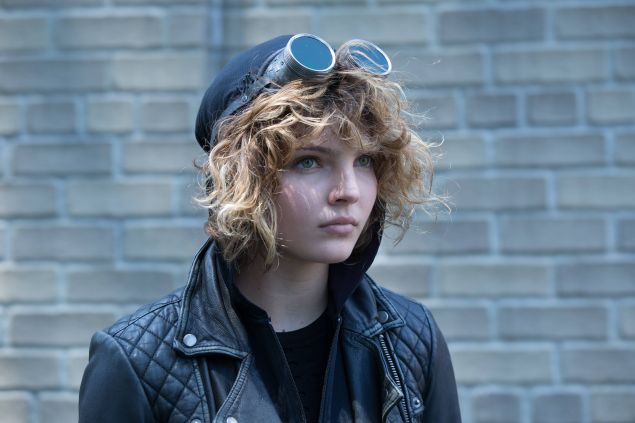 Oh, boy. Looks like we’re going through one of those phases where Gotham pretends it can pull off being a serious show with heavy subject matter, minus all the camp and ridiculousness that makes any of it fun.

Last night’s episode, titled “Strike Force” because of course it was, took itself so seriously that I was genuinely surprised to see it wasn’t written by Nic Pizzolatto. It felt like I was watching a Jim Gordon wet dream, where every single sentence included the word “honor” and long-winded speeches on police work and military duty is something to get blatantly turned on by. Seriously, though, I was waiting for Gordon and Commissioner Barnes to stop saluting each other while seeing who could grit their jawline the hardest, and just kiss already.

Unfortunately, though, Nathaniel Barnes looks like he’s here to stay, and he’s going to make some serious changes in the GCPD. The first change involves walking into the room and immediately smashing a chair, because “fuck this city, fuck this precinct, fuck you all for being cowards and fuck. your. chairs,” or something. I don’t know. That’s the thing about these Gotham episodes where characters make grandiose statements about doing…anything productive. It’s laughable, because even though the writers would like to forget season one was a thing, WE do not forget season one was a thing. Why do characters like Barnes always try and paint the GCPD like something other than a group of corrupt assholes that couldn’t solve a crime if it literally happened in their own police station? OH WAIT that happens all the time, and there’s still not even a metal detector at the door.

Why wouldn’t Harvey Bullock be included in the detectives that Barnes fires? When Jim arrived in season one, Bullock was THE most corrupt person at the precinct. He was legitimate buddies with Fish Mooney. Like, they kissed on the lips, often. Bullock was totally, 100 percent about to murder Jim in the GCPD locker room. That happened! Somehow, though, his file wasn’t corrupt enough for Barnes to notice. Because season one didn’t happen.

Somehow, Kristen Kringle doesn’t fly screaming from Eddie Nygma’s apartment when he starts not-so-subtly hinting he murdered her last boyfriend, even though she’s been nothing but cruel to him until, like, half an episode ago. Because season one didn’t happen.

“I’m sick of staying indoors,” Barbara Kean says to Theo Galavan, even though Barbara’s one and only character trait last season was “likes to stay indoors.” Because season one didn’t happen.

Someone thought it was okay to have Alfred casually open-hand slap a small girl in the face, because…well okay that has nothing to do with the writers forgetting season one, but everything to do with how awkwardly this show handles serious moments. Was anyone else not okay with how out-of-no-where that slap was, and how quickly the show moved on? Of all the things for the writers to actually remember, it’s baby-Catwoman pushing Alfred’s old pal Reggie “Unimportant Character” Payne out a window?

Oof. As always, let’s run down every reference, fact and nugget of Bat-history brought up in Season 2, episode four, ‘Strike Force.’

In the comics, Silver is a Gotham City socialite and event planner. She’s also one of the only people to make Bruce Wayne consider settling down in holy matrimony, a process only slightly less insane than dressing up like a bat and fighting crime. 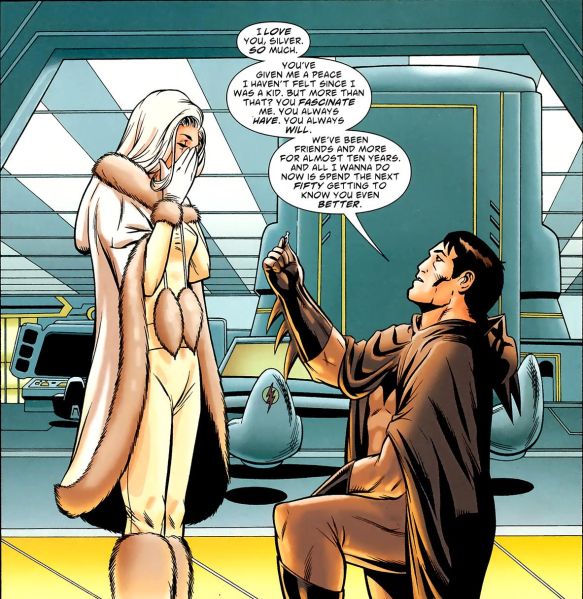 Silver was used extensively in The Widening Gyre, a Batman series written by filmmaker Kevin Smith. The Widening Gyre is probably best known for being kind of terrible. I don’t know though. You may enjoy it if you like your Bruce Wayne as a lovesick teenager and your Catwoman as that lovesick teenager’s mentally unstable ex-girlfriend. Which, based on last night’s episode, seems to be the direction Gotham is going in. Thanks a lot, Silent Bob.

Although (SPOILERS), The Widening Gyre’s first volume ended with Silver having her throat cut by the villain Onomatopoeia. Yes, Onomatopoeia is a homicidal maniac that says noises out loud. It’s a shame he wasn’t around for ‘Strike Force.’ He could’ve provided one long trombone womp-womp sound the entire time, maybe inter-cut with a few wet fart noises. 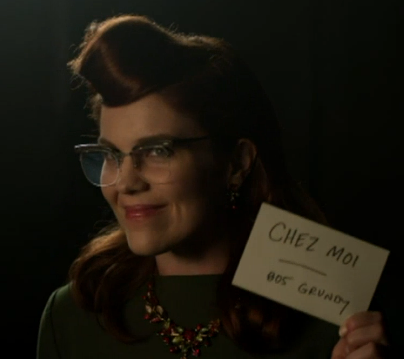 First of all, I assume Gotham at least exists in a world with computers, so I’m not sure how Kristen Kringle wasn’t aware Chez Moi was less a restaurant and more the creepy guy from the office’s sketchy apartment building before she even left the house. Like, at least check Yelp.

But, as you can see up there, Nygma’s address also happens to be 805 Grundy. Grundy, as in Solomon Grundy, who in the comics is not a street address, but rather a giant, grey zombie that splits his time between reciting nursery rhymes and beating the shit out of Batman and Green Lantern. I’m not sure why his name is used, besides the incredible image of an 8-foot-tall monster donating enough money to the city to have a street named after him.

Really, though, none of this explains how Krysten Kringle found Nygma’s home without an apartment number or anything. Did she just assume his apartment was the one with the meat locker from The Texas Chainsaw Massacre as a front door?

I’m predicting, right here, that Nathaniel Barnes will eventually morph into the demon Pumpkinhead, from the 1988 horror cult classic eventually adapted by Dark Horse Comics. Mostly, of course, because Michael Chiklis’ head resembles an unusually large pumpkin. If you had not noticed, I did not give that one an incredible amount of thought. 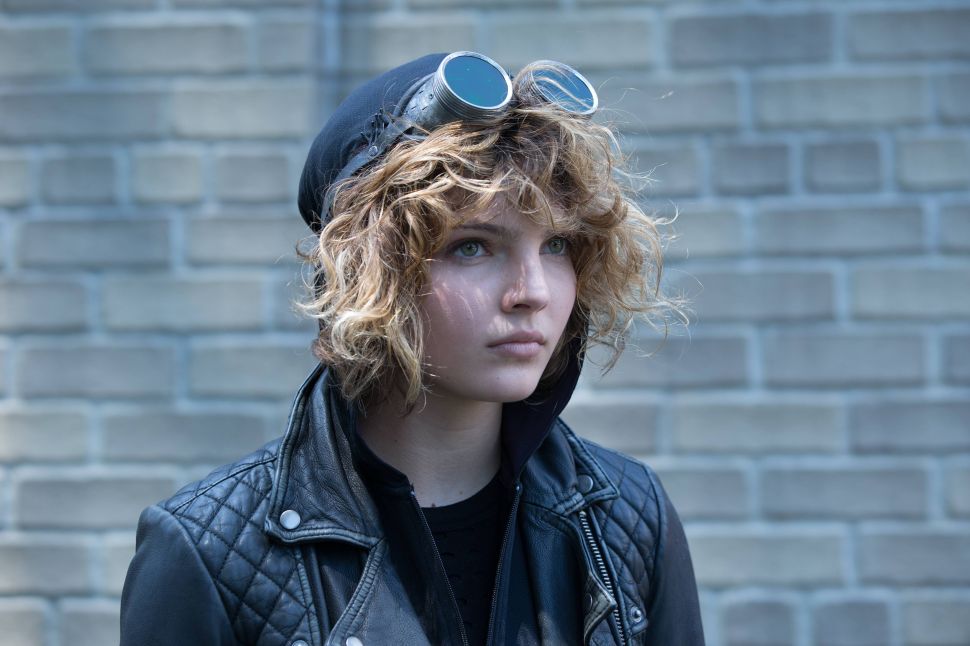