When Carmine Falcone persuaded Sal Maroni to take the useless parcel of land known as Indian Hill almost a year ago on Gotham, my Batman senses started tingling. Because what’s more ripe for a villain’s origin story than a “toxic waste dump on top of an Indian burial ground?” Could Solomon Grundy crawl out of there, perhaps on a Monday? Would a stand-up comedian fall into it and come out the other side as The Joker? Is it Swamp Thing’s summer home?

(Check out our Gotham Reference Guide for ALL the theories).

At the end of last night’s episode, ‘By Fire,’ we got the answer to what’s going on underneath Indian Hill…kind of. “That’s why they sent her down here, with the rest of the monsters,” a nameless orderly said as he wheeled a now-fireproof Bridgit Pike down a hospital-esque Indian Hill hallway. “For testing.”

I hopped on the phone with episode writer and Gotham producer Rebecca Perry Cutter to try and shed some light on what “testing” means, who these monsters are, and how hard it was to finally get Eddie Nygma laid.

Observer: So about that ending…what can you tell me?

Rebecca Perry Cutter: Well, we learn Indian Hill a freaky, top secret underground lab where weird experiments are happening. And there’s going to be a big character coming down the road that is going to be associated with it. But I can’t tell you who. This is the first hint of it, but there will be a lot more to come.

We get a glimpse of a woman in some sort of leather outfit thing. What was going on there?

[laughs] That isn’t necessarily a character that we’re going to explore again. The idea is that there is sort of weird testing going on there with an eye towards super-villainy. So those particular characters you get a glimpse of aren’t necessarily characters we’re going to tell the story of, but are stand-ins for the kind of experiments they’re doing down there.

Indian Hill was mentioned as far back as last November. Was this upcoming storyline planned out since then?

It was actually planned out. Last year it was part of the gang war between Falcone and Maroni, where Falcone kind of tricked Maroni into giving him the land. Ultimately, that does connect to what is happening here.

I think we all knew Kristen Kringle wasn’t long for this world, and you got to write the scene where she dies.

I really wanted it to be heartbreaking. They finally consummate their relationship, he feels because of the conversation he overheard earlier that she really wants him to be forceful, and honest and reveal himself to her. He feels confident that he can tell her the truth about what happened with Tom Dougherty, and unfortunately it doesn’t go the way he planned it.

I wanted it to play like he loves her, and continues to love her, and that it’s really this tragic accident. In his sort of Asperger-y, not the best at picking up social cues way, he misinterprets his level of what he’s able to say.

Has it been a different process this season now that you’re writing longer, more serialized stories and not villain-of-the-week episodes?

Yeah, it’s been really different. Like you said, it’s much more serialized. Last year we were doing A B C and D plots for every episode, and it ended up feeling a little overstuffed. It was hard to do all the stories properly so we’re really trying to be much more diligent to keeping it to like three stories, and delving into the characters a lot more. We realized we don’t have to see every character every week, while still trying to tell more involved stories for every one of them. I think we’ve been telling better stories, and stories that are more fun to write because they actually have some real character development to them, and some juicier character scenes. 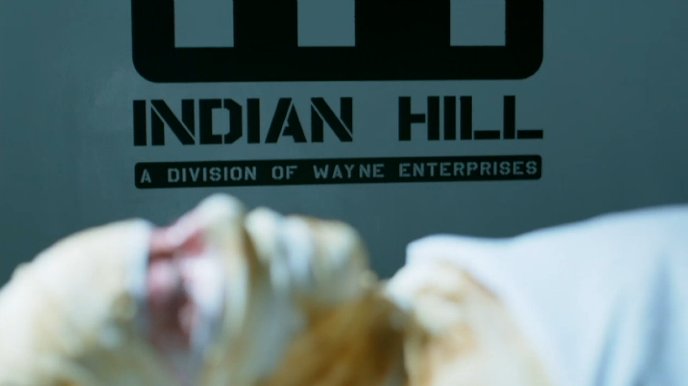