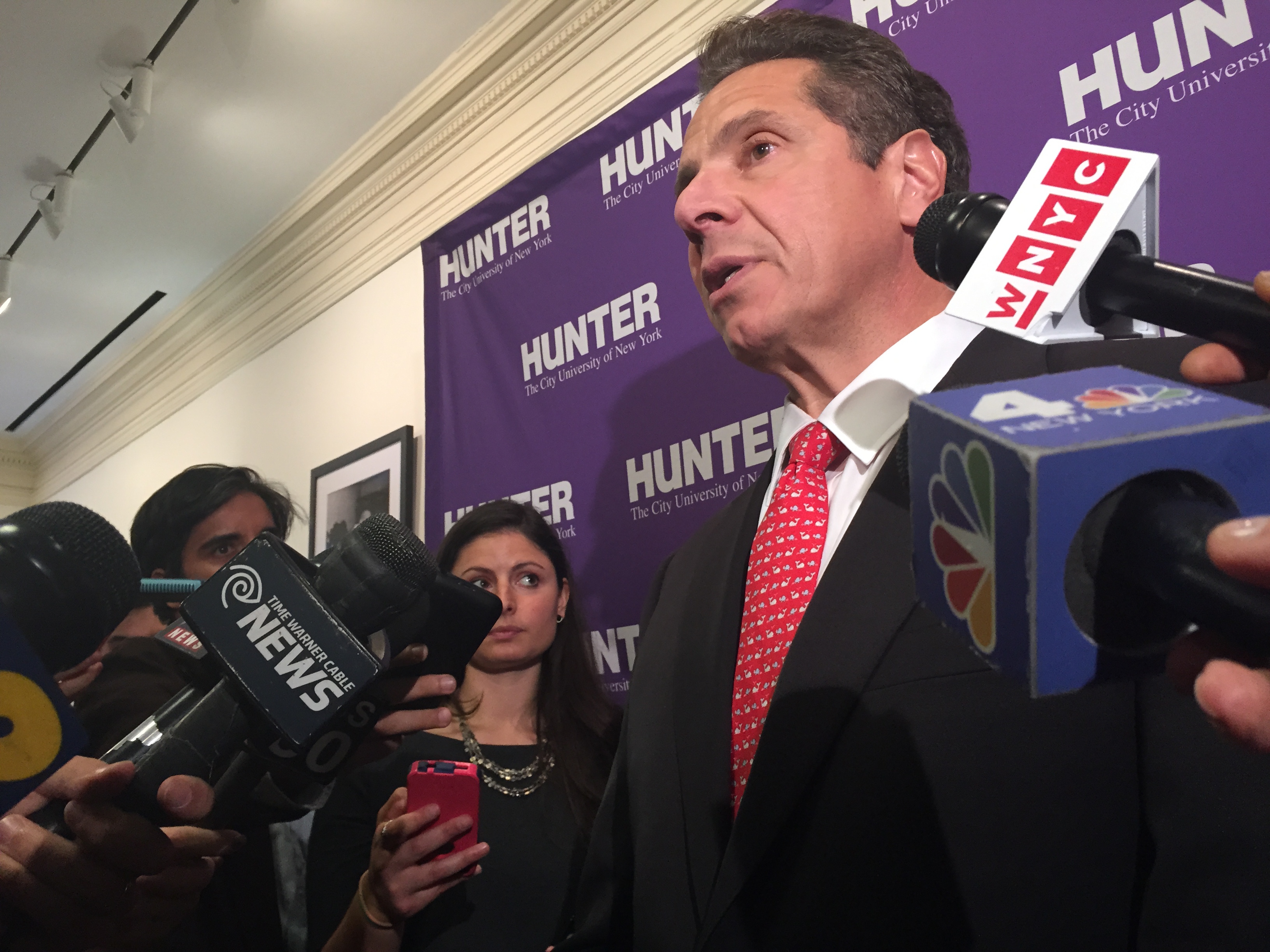 Gov. Andrew Cuomo today issued another call for federal gun control laws in the wake of the shooting death of a New York City police officer last night—an occurrence he argued has become too common.

“I’m old enough to remember a time when a police officer’s deaths was rare if ever, anyone ever touched a police officer. Now, four in the past ten months I believe—we’ll check the statistics—but that might be the highest rate in the nation,” Mr. Cuomo told reporters today after an unrelated event in Manhattan.

Office Randolph Holder, 33, was killed late last night when he was shot in the head by a man suspected of stealing a bicycle at gunpoint. He is the fourth police officer in New York City to be shot to death since Wenjian Liu and Rafael Ramos were assassinated in their patrol cars last December. Mr. Cuomo—who also called for federal gun laws after a top aide, Caray Gabay, was killed in cross fire in Brooklyn over Labor Day Weekend and has often touted the state’s Safe Act as the toughest gun control law in the country—said it is tragic when anyone is killed by gun violence, but particularly when it is a police officer.

“They deserve respect and they deserve support. And for them to become a target is just totally unacceptable. So everybody offers the NYPD, the officers’ family, their thoughts and prayers and that’s appropriate,” Mr. Cuomo said. “I’d also like to offer my support and say anything that we can do, anything the state can do, any law that can be passed, any way we can support the NYPD, I am there because this has just gone too far.”

Mr. Cuomo placed the blame for the recent spike in police killings on the easy availability of guns, which he said come into New York despite the state’s tough laws due to the absence of federal regulation. He said for the federal government to not pass a national law would be an “aborgation of duty and the height of irresponsibility.”

“I understand the political cost. I also understand that it is the right thing to do. And the federal government has to do it, because a state by itself can’t do it,” Mr. Cuomo said. “I can stop guns from being sold in New York, but I can’t stop the guns from being sold in Virginia and South Carolina and North Carolina and just driven into this state in a matter of hours.”

While the four deaths in under a year is a startling statistic, it is unclear on what Mr. Cuomo is basing his “highest in the nation” claim. The FBI does track police line-of-duty-deaths, but it does so over a calendar year—Mr. Cuomo is referring to eleven months over two calendar years—and by state, not by city. (The recently released report for 2014 shows that several states had more police officers killed than New York.) According to the National Law Enforcement Officers Memorial Fund, so far in 2015 New York State has seen seven police officers die in the line of duty; fewer than Louisiana, Georgia and Texas. Those figures also include officers who are killed in accidents.

And while the governor said he was old enough to recall a time when police killings were once rare, they were actually more common when the governor was younger. Thirty police officers were shot to death in the 1980s in New York City. Between 1970 and 1980, fifty police officers were killed by gunfire in New York City, according to the Officer Down Memorial Page, which tracks police deaths.

Asked whether he thought there were other factors fueling the violence against police—such as Mayor Bill de Blasio’s reforms to policing and reduction of the use of stop-and-frisk—Mr. Cuomo, who has rarely agreed with his fellow Democrat on much, said he thought the violence was the result of “a confluence of events.” He cited failures in the probation and parole system and the criminal justice system in general.

“I know it’s coming from the commissioner, I’ve heard it come from his mouth,” Mr. Cuomo said.

The Observer pressed again—and what about from City Hall?

“I’m sure the mayor has the same message,” Mr. Cuomo said. 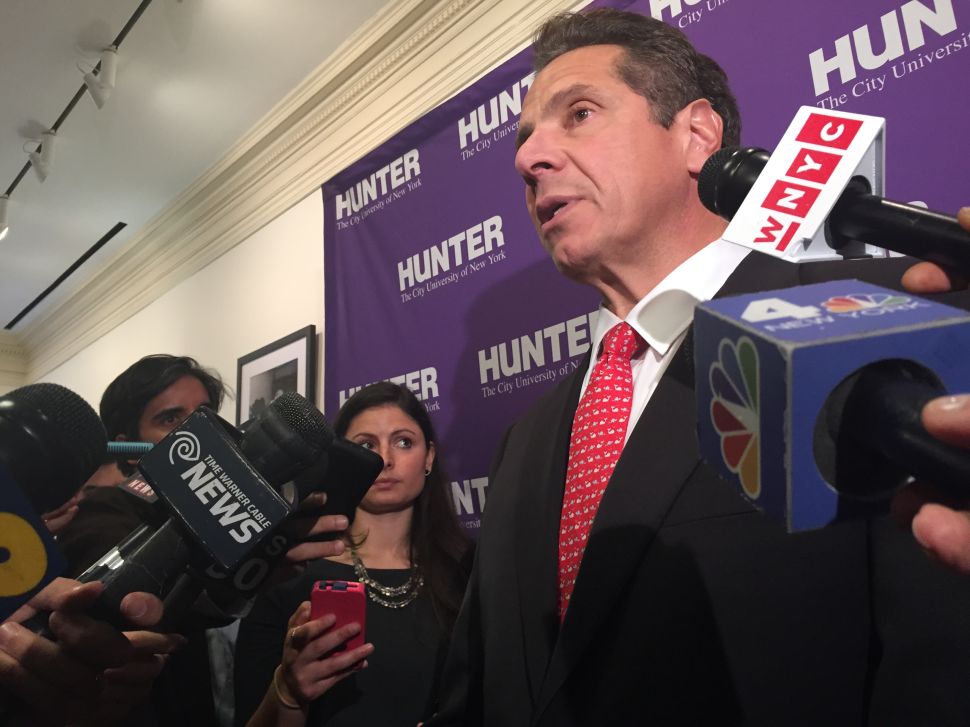