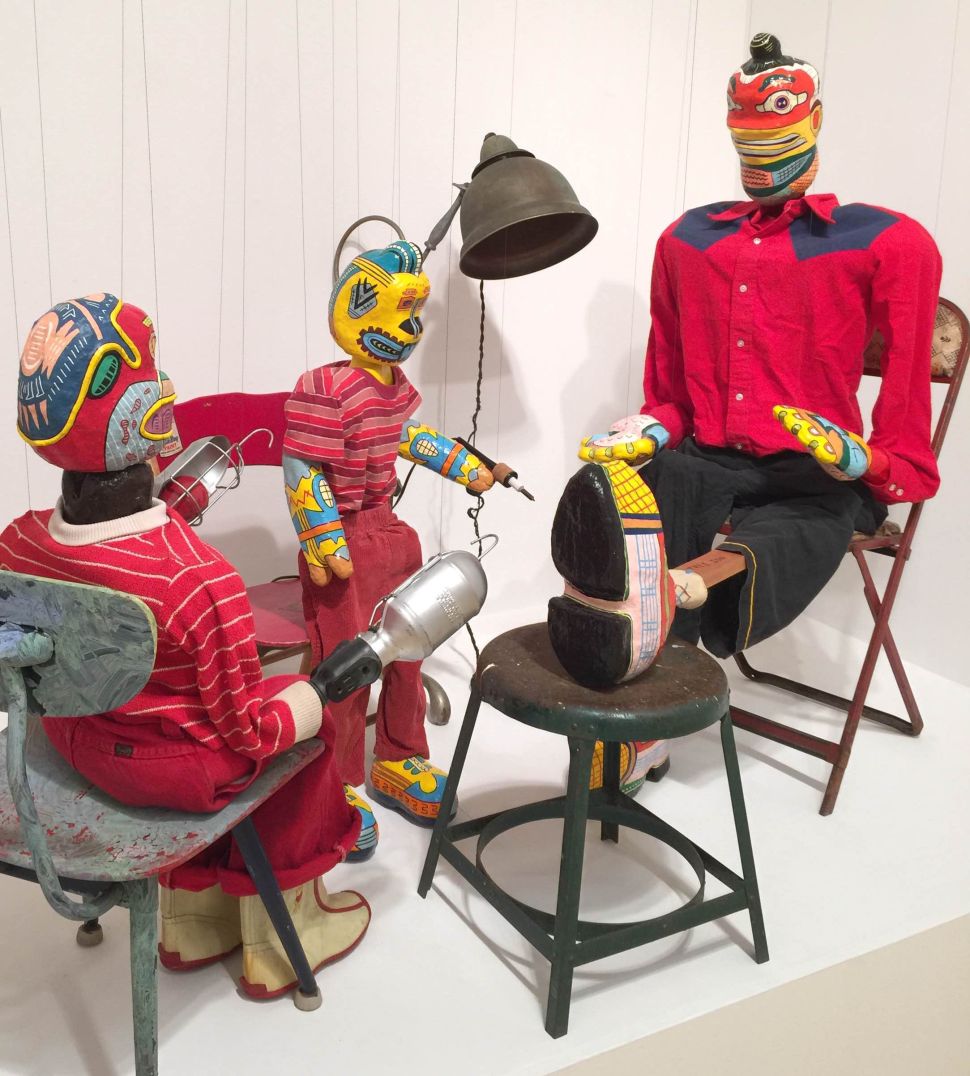 The first published cartoon was attributed to Ben Franklin in the Pennsylvania gazette.  It was a rendering of severed parts of a snake (each representing one of the American colonies) that read ‘Join or Die’ beneath. The drawing effectively encouraged the colonies to unite under the Albany plan, and so cartooning’s commercial and advertising use was born. 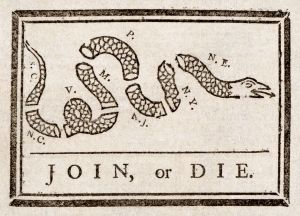 One of the first cartoons published in America by Benjamin Franklin.

This made the art form accessible to some while lowly and repugnant to others, though its general appeal cannot be denied. Cartoons have grown from a children’s trifle into an economic leviathan, having wrought hollywood empires out of superhero comics like X-Men and sprawling micro-cities from Mickey Mouse animations.

As a co-founder of Chicago’s “Hairy Who” movement in the mid-1960s, Karl Wirsum found himself, like Roy Lichtenstein, at the forefront of cartooning’s entry into fine art.

The 77-year-old Chicago-born artist has recently seen a heartening resurgence of attention.

Mr. Wirsum was one of the standouts in this summer’s popular “What Nerve!” exhibition at Matthew Marks Gallery, which was curated by comics devotee Dan Nadel on the topic of American sub-cultural artistic movements. Now the artist has mounted a quixotic show at Derek Eller Gallery, up through October 17th. 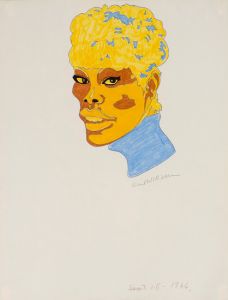 A 1966 Karl Wirsum drawing of Dionne Warwick. (Photo: Courtesy of Corbett vs. Dempsey)

Pop Art took an analytic approach to cartoons, but Mr. Wirsum and his Who colleagues eventually utilized cartooning in a much more subjective and emotive way; like actual cartoonists themselves. At first, Mr. Wirsum’s work resembled more grotesque versions of the meta-Americana that New York Pop artists like Lichtenstein riffed on, but by the 1970’s, the images had become entirely his own.

Like other 60s contemporary artists from Carl Andre to Lichtenstein, Mr. Wirsum became enamored with “repetition” and “play,” but via the lowbrow subjects of Navajo rugs, sports uniforms, Halloween costumes, and other patterned apparel. Nothing was off limits for this artist, so long as it was entertaining, and opposed to Lichtenstein’s determined focus on a singular image, Mr. Wirsum adopted a “melting pot” mentality, where all influences came together to form a Frankensteinian image.

Works like Harry Kari’s Arms Exchange,1976, show us Mr. Wirsum’s uncanny knack for deforming and reforming the figure through his charged language of lines. Here a jovial, 4-armed robot warrior is flanked by powerfully built twin cyborgs. Each character is meticulously built with echoing linear elements that pour across the page like notes written in yellow, orange or fuchsia on a jet black ground. These creations are people, but barely. Attire and flesh are indecipherable in the name of pure design. 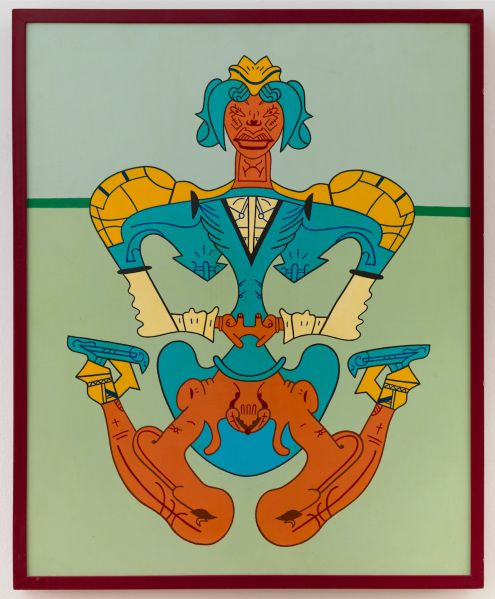 Reality is often ignored for the sake of aesthetics, and the more that anthropomorphic evidence breaks down, the more exciting these works get. This can be seen in Great Skates III, 1976, where hair starts to resemble mollusks, arms echo bicycle handles, and a groin mimics a face. Also on view, Mr. Wirsum’s black and white ink drawings offer pulsating throngs of intense marks, while his one-of-a-kind sculptures, modified assemblages of discarded urban objects punctuated by florid elements of jazzy design, prove that this artist’s influences can even become the art.

Though his type of creativity differs greatly from the Pop Art blueprint, Mr. Wirsum proves with this show that his should also be considered one of historic prominence. 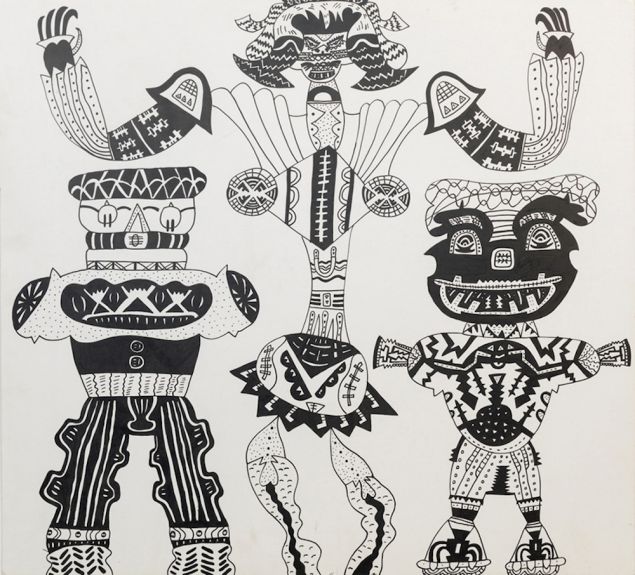