A bevy of city and state officials—as well as former Council Speaker and Cuomo aide Christine Quinn—were on hand to fling the ceremonial first shovelfuls of dirt for a new 160-unit complex for homeless and low-income families, one funded in part through a program that has become a point of contention between the mayor and governor.

The New York/New York supportive housing program repeatedly resurfaced in the speeches by city officials at the groundbreaking in Brownsville, Brooklyn, which will give rise to the new facility planned by the anti-homelessness group Women in Need. Ninety-six of the apartments at the new development will be reserved for families where the head of household is struggling with drug dependency, medical issues or HIV/AIDS, and the sufferers will receive treatment onsite thanks in part to NY/NY funding—a program which Gov. Andrew Cuomo decided to trim dramatically this year, much to the chagrin of Mayor Bill de Blasio.

“We know that you share with me the commitment to making sure we continue to move forward with our supportive housing plans and coming up with a replacement for New York/New York III,” Vicki Been, Mr. de Blasio’s Department of Housing Preservation commissioner, told the small audience, noting that the WIN project also received heavy subsidies through the mayor’s administration’s ambitious affordable housing plan. “It exemplifies so completely the ideals of Housing New York and what we’re working for.”

Mr. Cuomo rolled out a proposal for an NY/NY IV, the fourth iteration of a joint city-state program begun in 1990, that would finance the creation of roughly 3,900 units of supportive housing citywide—far fewer than NY/NY III, which is due to expire this year—and insisted the city increase its contribution to the program. Mr. de Blasio slammed this as “ill-considered” in his testimony before the State Legislature in February, given the city’s mushrooming street population, and asked Albany to commit to helping fund 12,000 new apartments for those with substance abuse problems, mental illness and HIV.

The warring Democrats have continued to battle over how to fund a new NY/NY initiative. The WIN project in Brownsville also received subsidies from the state, and the governor’s representatives at the groundbreaking insisted that his administration is committed to continuing to finance apartments for the indigent.

“The governor understands what everyone here today understands: that affordable housing and housing for homeless individuals and families is central to their journey to living independently and leaving the shelter system permanently,” said David Galdun of the state Homeless Housing and Assistance Corporation, who appeared on behalf of Mr. Cuomo at the event.

Ms. Quinn, who will take the helm at WIN next month after leaving a gig as a special adviser to Mr. Cuomo, refused to comment on the NY/NY program specifically—instead emphasizing a generic message of cooperation.

“I think we see here today a great project that’s being funded by the city and the state,” she said. “I think today’s event is really about celebrating what happens when people come together.”

Additional funds for the development came from the federal Section 8 housing program, the Brooklyn borough president’s office and from private sources. The 64 units not dedicated to supportive housing will be rented to low-income people, meaning individuals making no more than $36,300 a year and $46,620 for a family of three. 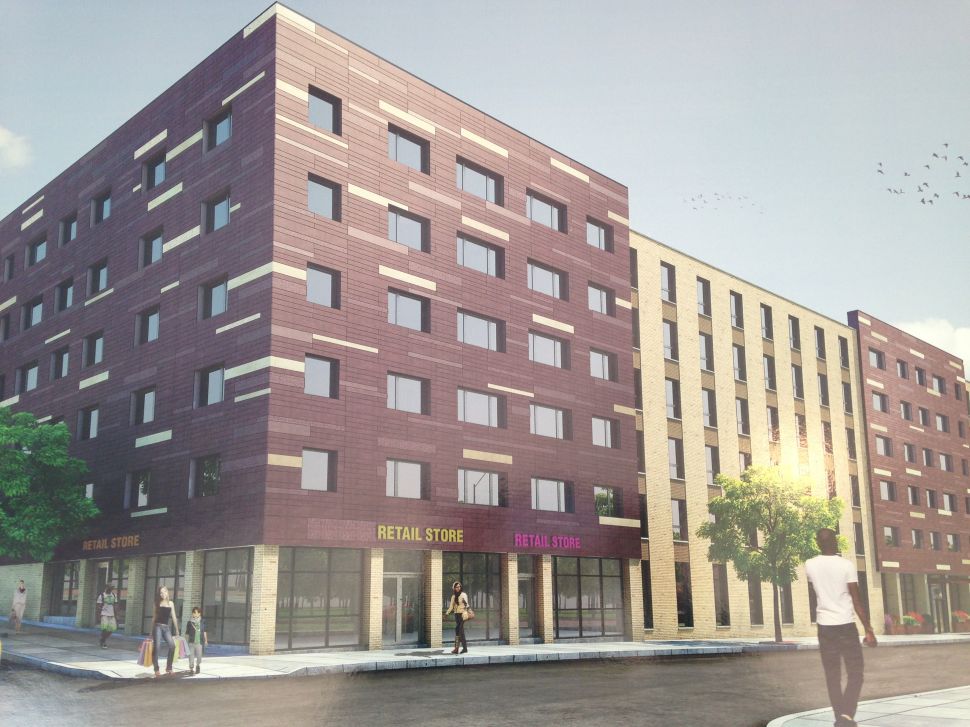