I didn’t make this up. The Palestinians did.

“#Kill Israelis” is part of a campaign that is ripping through social media. Youtube. Twitter. Facebook.Snapchat. Whatsapp. Instagram. Pintrest. You get the idea—they are filled with calls inciting violence, praising violent acts and even how-to demonstrations on ways to enact the violence.

They stay up until they are discovered and then removed from the various media. And then they reappear in different forms and formats.

Tensions between Israelis and Palestinians have been revived in a way that we have not seen in many years. Some call it another Intifada. Others call it a near Intifada. The last Intifada, which translates to mean uprising, extended from 2000-2005. Sanctioned Palestinian terror is taking on many forms—stone throwing, knife slashing, drive by shootings and car attacks. Some individual Israelis are beginning to take the law into their own hands.

Terror has once again become a feature of daily life in Israel. Israelis will not be broken by the fear that deepens within them with each act of random terror inflicted on their fellow citizens, but neither are they immune to the heart pounding, gut wrenching, feeling of fear it instills.

And with each passing day the Palestinian media campaign to stimulate more lone-wolf attacks and to instill more terror, a campaign that justifies Palestinian’s attacking and murdering Israelis, continues.

In one video a Palestinian Authority official (not a Hamas leader!) termed the terror attack that murdered Eitam and Na’ama Henkin, a husband and wife, riddling their bodies with bullets as their four children sat in the back seat of their car, “a national duty.”  If it has not yet been removed, watch the video.

These 43 seconds are chilling.

Hamas believes that the murder of innocent Israelis is perfectly acceptable, because Islam does not regard any “Jewish Zionists” as innocent and so it is not murder to kill them. Fatah, the official part of the Palestinian Authority and the party to which PA President Mahmoud Abbas belongs, seems to agree.

Israel’s Foreign Ministry Spokesman Emmanuel Nahshon wrote a letter to Google demanding that videos calling upon Palestinians to attack Israelis out of a sense of national pride, be removed. The letter read:

“The videos depict recent terror attacks, praise the assailants and present Jews and Israelis in a hateful and racist manner, and since their publishing, three more attacks have taken place so far.”

In response, Google spokesman Paul Solomon wrote: “YouTube has clear policies that prohibit content like gratuitous violence, hate speech and incitement to commit violent acts, and we remove videos violating these policies when flagged by our users.”

Al Aqsa is the mosque on the Temple Mount. In another social media campaign, Palestinians are spreading rumors that Israel is destroying the site.

Here’s another example from the campaign. This video was produced and posted by Hamas. Google took it down—but the pro-Israel site Elders of Ziyon was able to post it as an example of anti-Semitic/anti-Israel hatred. It is now titled “Disgusting Video Encourages Arabs to Murder Jews.” For the time being at least, this is permissible under Google/Youtube guidelines because it is an educational post.

In case this version is taken down too, here’s a synopsis: A young, clearly Palestinian, man with a kafiya around his shoulders is squatting down, watching a video on his cell phone as Palestinian boys play soccer in the Old City of Jerusalem.

Two actors portraying religious Jews one wearing a tallit, a prayer shawl, and the other in a black frock and fake black hat walk by the kids and start pushing and kicking them. The young Arab man seethes as he watches this and in the next scene we see him, knife in hand, waiting to attack those Jewish men. He stabs the one in black.The prayer shawl clad man runs away, but not quickly enough.  The Palestinian catches him and cuts his throat.

The final slide is Arabic writing proclaiming “All for Al Aqsa.” Al Aqsa is the mosque on the Temple Mount. In another campaign, Palestinians are spreading rumors that Israel is destroying the site. The rumors are certifiably false, but a significant part of the violence that is happening right now is rooted in responding to those rumors and mention of Al Aqsa is a trigger for violent acts.

Another video, also produced by Hamas, is a parody of a very popular Israeli song. Palestinians have used this parody technique several times over these past two years and it is pretty effective. This video runs for 3 minutes and 46 seconds.

The quick-paced video opens with the burning of portraits Israeli leaders. It transitions to quick shots of Hamas training routines and operations against Israel during the Gaza conflict in the summer of 2014. There are shots of Palestinians using its famous tunnels and the hundreds of rockets being launched at Israel.  There are shots of young Palestinian children beating up and abusing Israeli soldiers at checkpoints. Israelis are depicted as victims cowering in fear, running for their lives and too petrified to fight.

Interspersed throughout are photos of terrorist heroes, some who were killed in the act by Israeli security, some who are in prison and even pictures of the terrorists who murdered Eitam and Na’ama Henkin. The final scene is a rocket shot into the air and blowing up an Israeli El Al airliner.

Again, if it’s still up, you can watch this video which is posted under the title: Hamas Threatens to “Eliminate Zionists” in Dark Parody of Popular Israeli Song.

The Palestinian objective is to instill horror and terror in the hearts of Israelis. That is why the videos are in Hebrew with Arabic subtitles. Even if you don’t know Hebrew or Arabic, the message is clear and unmistakable. But in reality, Israelis have made fun of the videos and made parodies of the parody.

I am glad that, despite their fears, Israelis can still laugh. If they didn’t laugh, they would have to cry. 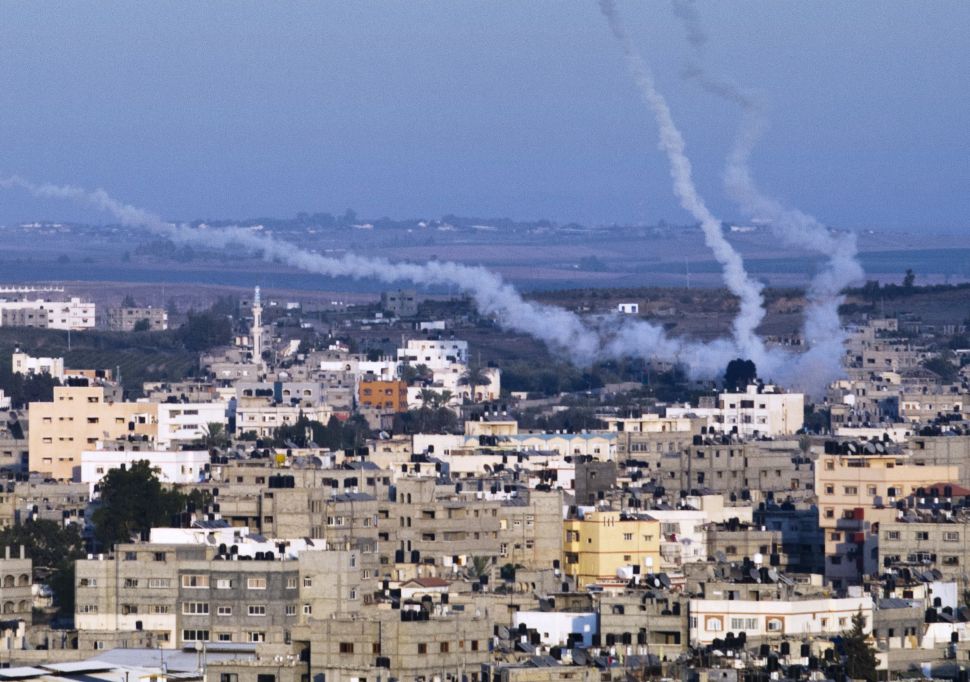