The Pope’s message to New Yorkers was inspirational to people of many faiths. That his visit came off without a hiccup is a testament to the NYPD.

Consider for a moment what was cooking in the City last week, along with the Pope’s extraordinary schedule: there were scores of world leaders in town for the General Assembly opening; Angela Merkel visiting the 9/11 Memorial; multiple concerts—R. Kelly at the Barclay Center, Pearl Jam the Global Citizen Festival in Central Park; the Yankees hosting the White Sox in the Bronx; and the plethora of events that comprise City life.

Too often we take for granted that which is anything but ordinary. That traffic moved, crowds remained orderly, crime didn’t spike, tourists shopped, and business progressed as usual is cause not just for celebration but recognition. The life an individual police officer is fraught with minutia, uncertainty, and risk. The challenges of managing an organization with more than 34,000 uniformed officers and another 17,000 civilians are all too often underestimated.

That traffic moved, crowds remained orderly, crime didn’t spike, tourists shopped, and business progressed as usual is cause not just for celebration but recognition.

Although the Pope’s visit lasted just 39 hours and 40 minutes, some 7,000 police officers were assigned to the visit. They used 24,500 barriers, more than half of which had to be borrowed or rented, to create 37 miles of barriers. Twelve-hundred traffic cones were deployed as were 43 sand trucks—just in Central Park—and another 19 barrier trucks and 409 giant concrete blocks, each weighing 3,900 pounds.

The magnitude of the logistics and deployment was barely noticed. But it should not go unappreciated.

For the last 18 months, much of the focus on the NYPD has been on stop, question, and frisk. This past week, strict new rules about the use of force were promulgated throughout the ranks, along with a new system for documenting physical encounters with the public. It is far from an easy job.

We were trying to remember the last time we had a conversation with a police officer. We walk past them every day, and they drive past us just as often. We rarely see confrontations between citizens and officers, only occasionally see the aftermath of an arrest, and honestly don’t think we have ever seen a frisk—except, of course, on TV. Our good fortune is undoubtedly the result of where we live and work. But we see the benefits of the NYPD presence every day. There is order, there is security, and there is a sense—deservedly—of safety. It is time for us to say, “Thank you.” Not just in print but in person. 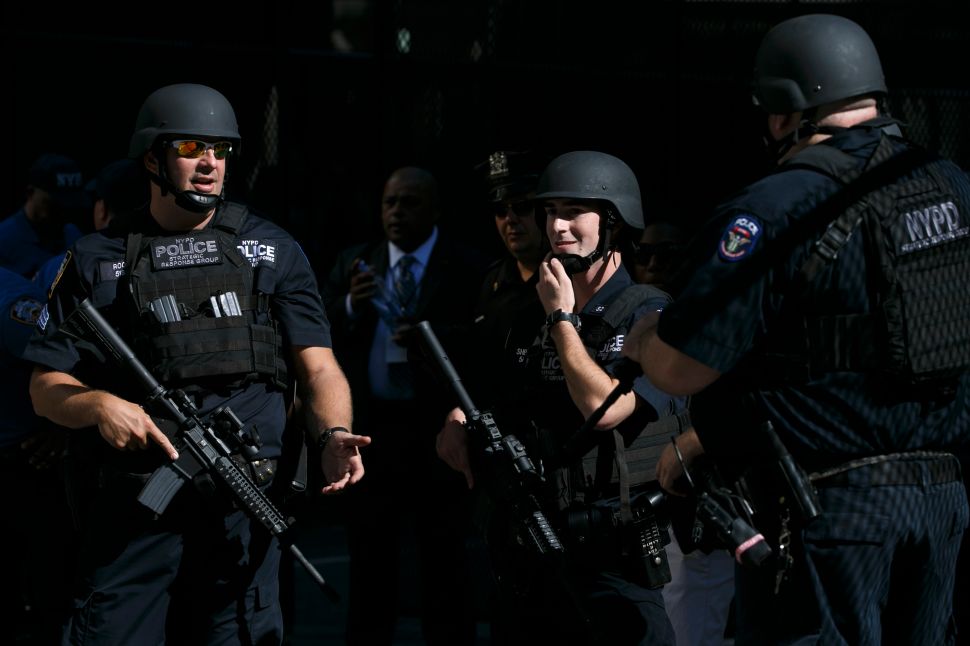