I was at the first C2-MTL and Google’s Executive Creative Director Robert Wong was on stage.

It was the first time I’d left Toronto for a conference. I might have been the youngest person there, and I was a student. Actually, I was covering the event for a publication I wrote for, so I got in with media accreditation.

At the time, I felt like I had my shit together. I got there by taking things seriously. So I was determined to take this one seriously as well. I had a mic and recorded and attended every event, in case I’d need a sound byte for my article.

Robert’s speech had an interesting start. He started talking about relationships — positive interactions, and bids, and how not all bids are made equally. And after that, he’d passed along some other pieces of advice. He told us to do one thing that scares us every day. And then, he said this:

“Don’t take yourself so fucking seriously.”

I couldn’t quite explain why, because there were a lot of interesting parts about his speech including his story-driven development processes and his emphasis on making and execution. But that’s the one that stuck with me. I don’t even really remember the rest of his point, although I imagine it was about creativity, ego, and freedom.

It’s been a few years since that conference, and I still remember that moment, and that lesson, very well. In fact, the sentiment has helped me out a lot since I first learned of it. Here are three reasons why:

Taking yourself too seriously causes paralysis

Taking yourself seriously is good. A lot of people are too laid back and don’t think, or execute, as much as they should.

But taking yourself too seriously can become an overwhelming obsession. You get so self-centered that your ego gets the best of you.

Writer’s block is an example of this. In his conversation with Tim Ferriss (6:10), author Neil Strauss says that writer’s block is self-imposed pressure. For example, if you’re about to write an essay and you believe it has to be a masterpiece — the best thing you’ve ever written — you tie your ego to it. You build the expectation up inside your head. You’ve intimidated yourself so much that you can’t even get started. That’s why Neil recommends that writers just aim for one thing with their first draft: to write to the end. Writer’s block only happens when the pent up anxiety and increasing expectations paralyze you.

“Because the essence of creativity is fucking around; art is that which is done for the hell of it.” — Tim Kreider

In hindsight, for me that’s actually part of the reason I stopped writing so frequently. Yes, the “good” reason is I did get busy with work. But the “real” reason is these insecurities were on the back of my mind:

At the end of the day, although some of these questions are important, they shouldn’t have kept me from shipping my work. When I get paralyzed now, I just remind myself: this article is another piece of writing.

Taking yourself less seriously can result in you building your momentum again, because you’re no longer overthinking stuff. You can finally put your ego aside and get back to the important activity: executing and shipping your work. It doesn’t have to be perfect. You have an opportunity to build momentum.

Many people aren’t successful in spite of their being laid back. They’re successful because of it

The best leaders know when to turn the heat up, and when they need to keep level-headed. They don’t let their adrenaline or impulses get the best of them.

If you take yourself too seriously, you might end up so self-conscious that you don’t listen carefully enough to what other people are saying. Not taking yourself seriously means a higher chance of retaining humility around your peers and teammates.

When you take yourself less seriously, it can be easier for you to relax. And when you’re relaxed and thinking clearly, you’re in a good position to focus. Actor Bill Murray says at a TIFF conversation:

“You have to remind yourself that you can do the very best you can when you’re very, very relaxed, no matter what it is, whatever your job is. The more relaxed you are, the better you are. That’s sort of why I got into acting. I realized the more fun I had, the better I did. I thought, well, that’s a job I could be proud of.”

The next time you’re tense, and in a really high-pressure moment, remember to breathe and calm yourself down. Try some breathing exercises. Or, while you’re preparing for the high-pressure situation, visualize it and bringing your adrenaline down for practice.

With that said, I do think that some jobs are meant to be taken extremely seriously. The obvious examples include medical emergencies, or firefighters, or law enforcement, or anyone in safety-related or quality assurance jobs. However, even with these jobs, keeping a cool head and reigning your ego — and listening to the opinions of your peers — could make a huge difference.

Time is precious. But nickel-and-diming your minutes ruins the point

A strange thing happened when I quit my day job. I was experimenting with my services pricing and increasing my hourly rate. After a few weeks of constantly increasing it, I let the dollar per hour, and minute, get to my head. I became obsessed with maximizing billable time.

I would cut down on my commutes. I didn’t spend much time with friends except to work together. I hated wasting fifteen minute segments, and spending an hour “unproductively” (e.g., without a directed purpose or goal) killed me on the inside.

Eventually, as I thought about why I wanted money, I’d realized it was because I thought money could buy me more freedom to spend time the way I wanted to, with people I liked. But I was so caught up in saving every spare moment of time and spending it working that the freedom didn’t mean much. (And that point leads to a whole different conversation.)

“Time you enjoy wasting is not wasted time.” — Marthe Troly-Curtin

But even if you don’t enjoy the time you’re wasting, there’s no point getting pissed about it. If you want to be happy, you want to spend as much time feeling positive — fulfilled, excited, or grateful, right? Conversely — at least you want to spend the least amount of time unnecessarily worried or stressed, right?

Then stop worrying about whether or not you’re wasting your time.

Sometimes, being curious is enough of a reason to do something. Allow for happy accidents. Make room for good luck.

If you’re going to save time, don’t get upset at traffic or waiting in line. Instead, go for the big savings (e.g., spending less time procrastinating, making commutes more useful or entertaining).

“I didn’t see it then, but it turned out that getting fired from Apple was the best thing that could have ever happened to me. The heaviness of being successful was replaced by the lightness of being a beginner again, less sure about everything. It freed me to enter one of the most creative periods of my life.” — Steve Jobs

Taking yourself less seriously can be a tricky thing. The idea is just not to overdo the seriousness.

I know a lot of people who are way too relaxed. Maybe it’s because I’m an impatient young man. (Just wait till I have an espresso.)

So the point of this piece is not a long winded way to tell you to, “Relax.” (As if there was a more potent trigger word for someone about to spazz.)

But, if you feel like you’re taking yourself too seriously, or that you’ve bought into your own hype too much, it might be time to dial it back a bit.

Hopefully when my future self reads this, I remember to be less self-centered and to stay curious and experimental.

And some things you just can’t change and it’s most painless to accept it, and that is also important to remember. You must know the difference between what you can and can’t control.

Sometimes, just breathing and zoning out is the last thing you want to do or feel like you can do.

But sometimes, no matter how chaotic your situation is, you want to just relax and take yourself less seriously, and that’s enough reason to.

And that is also important to remember.

Herbert Lui helps business and brands telling compelling stories through content at his marketing agency, Wonder Shuttle. His work has appeared in TIME, The Huffington Post, and Lifehacker. He writes a newsletter that explores media, information, and marketing. 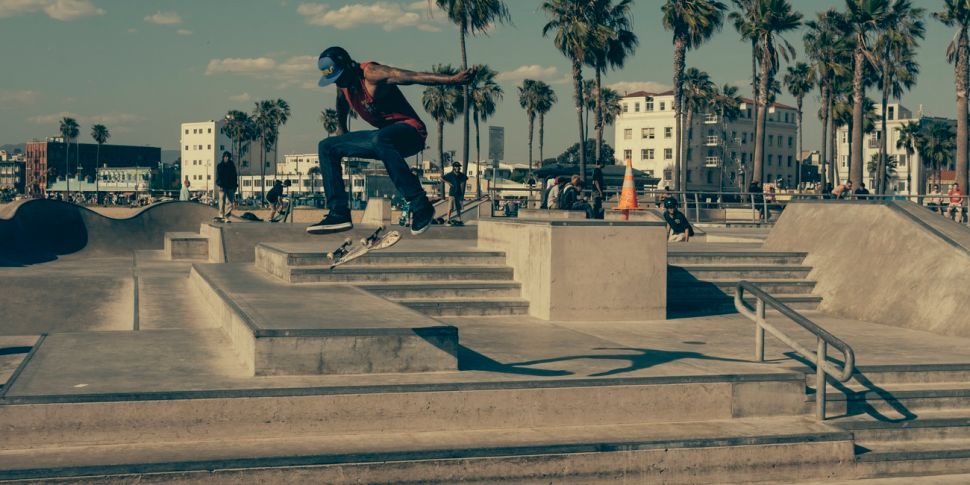