If endorsements and electoral history are any guide–and usually, they are–Hillary Clinton has New York in the bag.

The former Empire State senator and secretary of state unveiled her New York “Leadership Council” this morning, a collection of the state’s elected officials, activists and donors who have endorsed her for president. The Council will be charged with building a volunteer team and campaign operation to help Ms. Clinton win New York State in the Democratic primary, and boasts many big names, including Gov. Andrew Cuomo, Sen. Charles Schumer, Sen. Kirsten Gillibrand, State Comptroller Thomas DiNapoli, Attorney General Eric Schneiderman and Assembly Speaker Carl Heastie.

“Having known and worked with her for more than two decades, I know in my head and heart that Hillary Clinton is the most qualified and capable candidate to become our next President,” Mr. Cuomo said in a statement. “Hillary’s record as a tireless fighter for middle class families, civil rights, and putting people over special interests make it clear that she will be a president who moves New York and our country forward.”

Missing from the leadership, of course, is Mayor Bill de Blasio, who is withholding his endorsement until Ms. Clinton proves to him she has a sufficient progressive vision. Many of his close liberal allies in city government, including Council Speaker Melissa Mark-Viverito and Public Advocate Letitia James, are in Ms. Clinton’s corner. Bertha Lewis, a liberal activist with close ties to the mayor, is also on Ms. Clinton’s leadership team, as is Mr. de Blasio’s beloved old boss, former Mayor David Dinkins.

Unlike in 2008, when Ms. Clinton lost to now-President Barack Obama, New York elected officials are not drawn to the progressive firebrand challenging Ms. Clinton this time, Sen. Bernie Sanders of Vermont. Politicians who broke for Mr. Obama, like Congressman Hakeem Jeffries of Brooklyn, are now supporting Ms. Clinton.

Mr. Sanders is focusing intensely on winning Iowa and New Hampshire, the first two states to vote in the primary. The Brooklyn native does not appear to have any campaign presence in New York.

New Yorkers will head to the polls to vote in the Democratic primary next April. Some pundits expect the race will be decided by then. 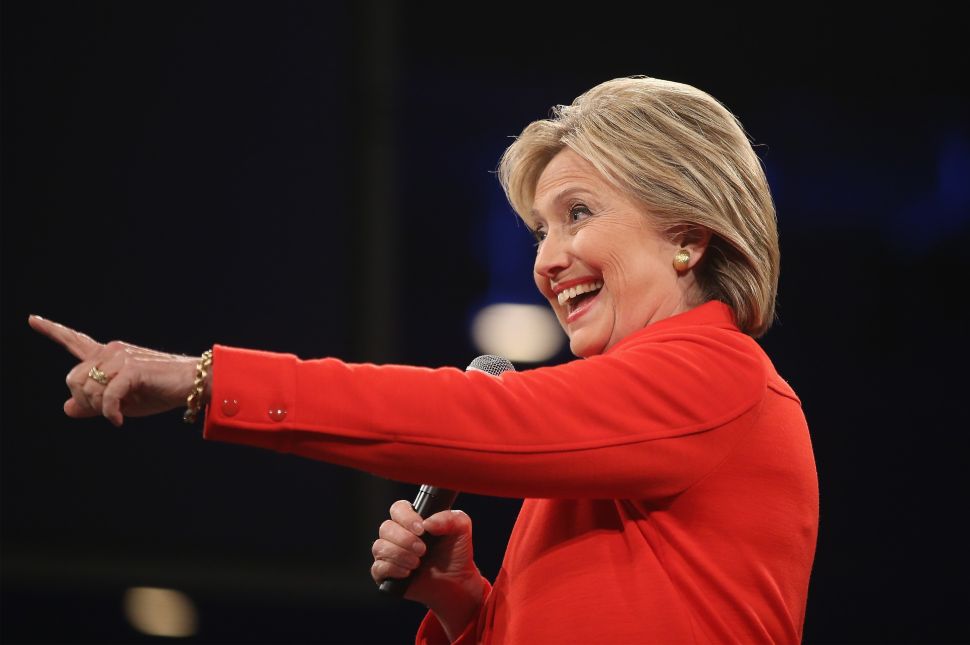