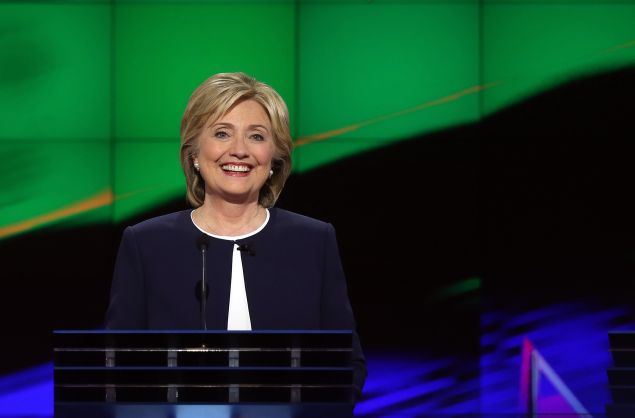 Said here earlier that the call for an old family to run the country is a national symptom of stasis; that is, it indicates America no longer has the will to make forward progress in its world and tends instead to retreat to the past. And it is a very bad symptom indeed when both parties are calling out the old families. It indicates grave but subtle weakness.

As of last night’s debate there is no doubt now that the Democratic party still fashion’s those little “I miss Bill” stickers on bumpers and is stuck in this dangerous nostalgia. Hillary Clinton will be the Democratic nominee. The debate showed that other unique figures in the lineup–like warrior/scholar Jim Webb, former senator from Virginia, and any very able and prepared figure like former Maryland Governor Martin O’Malley–don’t have a prayer. Wisely, even a prominent and well-known mainstream establishment figure like Vice President Joe Biden is afraid to show his face as he will not even register.

This is very dangerous for Democrats as they now have no second acts, they have only Hillary.

This is very dangerous for Democrats as they now have no second acts, they have only Hillary. They have no place else to go. And if Ms. Clinton loses this national race to the White House, then the Clinton husband and wife “co-presidency” may well in time be seen to have destroyed the Democratic party.

But the good part for America is the Republicans have moved on. The symptoms were the same in the Republican debate. The most qualified for the job of president as per the tradition like former Governor of Texas Rick Perry, who rose to power when Texas was rising to roust health and prosperity, and George Pataki, three term governor of New York, barely made a mark. Instead, the Republican party, like the Democrats, yearned for the old families. But former governor of Florida Jeb Bush, the old family standard, sank beneath the waves like a stone.

The rise of Vermont Senator Bernie Sanders will now subside. Mr. Sanders was always an anachronism. Even Vermont radicalism has moved on to fresher pastures. Had Bernie won the debate, rose in the polls and won the nomination, the Republican candidate in 2016, likely entrepreneur Donald Trump or former CEO of Hewlett-Packard Carly Fiorina at the moment, would have won a landslide victory with the Democrats taking only Massachusetts and Washington, D.C. as when George McGovern lost in 1972.

But it was not to be for Bernie and he knew it from the beginning. Ms. Clinton has it.

For the Democrats it is settled. There need be no more debates. But now it is all ahead for the Republicans. The signs of the times show a huge shift in attitudes in recent years, especially in the 2014 races in which the country virtually turned red with conservatives winning state government across the country. Today, even liberal Massachusetts and Illinois have Republican governors. This might be seen as a natural reaction to a popular and able liberal President Obama in the White House these past ten years; the pendulum swings.

But more is at hand here. We are at the end of what political commentator Larry Sabato calls in his recent book The Kennedy Half-Century. In effect, we are seeing the end of an epic, as history rises and recedes in epics, and Mr. Obama may be seen as the last man standing in that era; that is, the “last Kennedy” of the Kennedy era.

It is in times like this when history tends to move on. The question until this month has been who will rise to the occasion, the Democrats, the Republicans or someone else like Ron Paul and the new libertarians?

With Ms. Clinton at the helm of the country it is almost impossible to imagine America “moving on.” But with the new names and new people coming up in the Republican debates, an auspicious new century can be seen awakening today through the glass darkly. 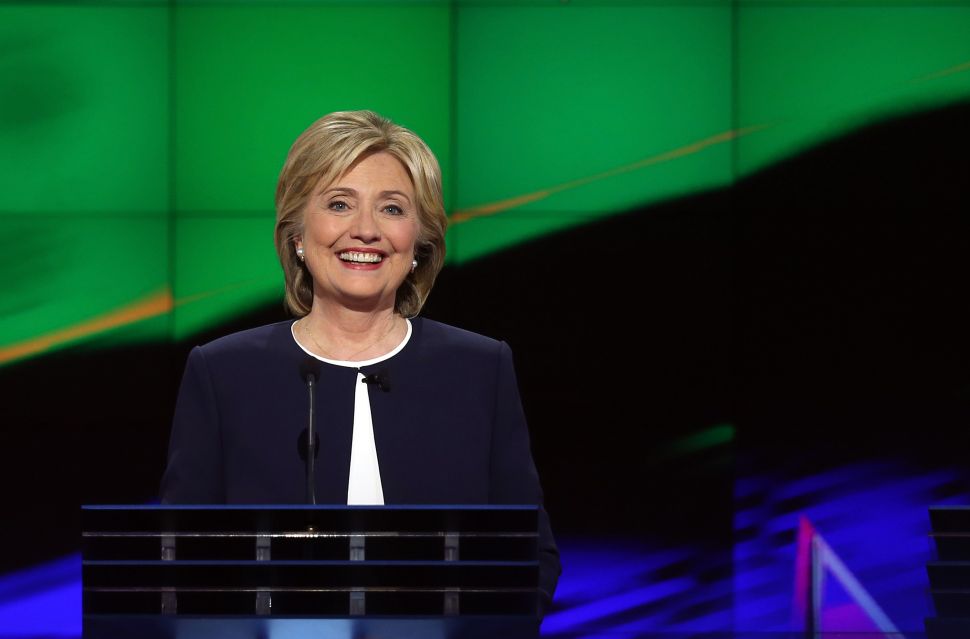